Having been a self-sufficient farmer in the Northern Isles of Scotland and having worked for ecological charities that have helped to build permaculture gardens in arid lands around the world, I have now been living in Southern Portugal for the past fifteen years. Here we have witnessed the weather become more and more erratic and we’ve watched as European Governments try to snatch yet more money from the working people with no regard for the damage done to the natural world.

I decided that now was indeed the time to ‘Make a Garden’. Serendipity put in my way a certain Dutchman who, having just purchased a rather lovely stretch of land alongside a little river (he subsequently named the land ‘Osho Gardens’), was now looking for some help to actually make it into a garden! The land in question, although still boasting many fruit trees that doubled as field dividers, had in fact been abused for the last 50+ years. It had been used for growing corn and wheat with ever-growing amounts of chemical fertiliser dumped on it to force it to yield its annual quota. Now it’s looking all used up, with dead humus-deficient soil, and, on attempting a worm count (yes I really did this — but only over a square meter or two!) I found exactly… none!! Our big challenge then is to bring life and love back onto and into this piece of land.

Firstly I walked all over the land asking it what it wanted to become, sitting observantly with it before being rewarded with an overall vision of how it will look on completion of a long term plan (20 years and more). I saw the whole wonderful pattern complete with trees and lavender ‘landing strip’ for attracting the bees and hosting bee hives, etc. I also saw that this indeed would be very hard work and would take a massive commitment — once started it would be hard to back out again.

As I have lived in this area for 15 years, I have a fair idea of how hard the climatic realities are, with extreme droughts, floods, heat and cold! This winter (2011-2012) we are experiencing drought and weeks of freezing night time temperatures with daytime temperatures in the high 20s (°C). Sometimes there is almost a 30°C degree difference between night and daytime temperature — which is extremely taxing for man, beast and plant.

So having visualised a garden where there is currently an empty, barren field, I found a huge length of white wallpaper and drew out the ‘vision’ of the gardens that I had seen and presented it to Pujari, my Dutch land-owning friend. He hummed and hawed a bit and then said that if it was possible to do then he could see the gardens becoming an attraction for people to visit! I explained that that event may be a few hard working years away but given the go-ahead I got cracking and the drawings started to take on a life of their own.

First we had to do something for the health of the land so we ploughed once, in October 2010 and planted Tremocos, which are a kind of Lupin — a nitrogen fixing plant. As the Tremocos grew through the extremely wet winter we planned the garden plots and paths using a long rope.

The main cropping area of the garden is a huge circle divided into four quarters. As it is a circle we can rotate the crops through a four yearly cycle. I only would have to make one careful planting schedule and turn it by one quarter every year in order to rotate the crops grown in every area (this is a good thing as WWOOFers will be doing most of the work and I cannot guarantee that I will always be around to plan each year’s planting — it is also easy to ‘tweak’). WWOOFers wwoofing — spring is in the air

The section is almost perfectly flat but has a very slight incline towards the river running along the Eastern edge, so, working with nature, I designed the garden beds to be raised with channels that can be flooded to hold water for as long as possible in order to be sucked into the beds by capillary action or the work of the mycelium (always supposing this poor depleted soil has some) before running off across the remaining land and back to the river (if any of it remains).

We then created the paths and garden plots and after digging in two tons of wonderful rotted cow manure and straw we planted sixty fruit and nut tree saplings in their planned positions. The soil is very depleted as I previously mentioned and is a heavy alluvial clay, so digging the beds and channels as well as the first year’s planting was heavy work. The first winter was so wet that we thought the poor little saplings might drown! All was well however and towards the end of the summer they even gave us some tiny peaches and apricots.

I was then kept occupied with the careful planning of the planting plan, with companion plants and crop rotation taken into consideration. I also want the garden to seed itself with herbs and flowers so a continual planting of basil, oregano, lemon balm, marigolds and sunflowers, etc., is included in the plan.

Throughout the summer our water channels provided our plants with water, however hot and relentless the sun became. We did, however, have trouble with an unknown creature who just seemed to love our sunflowers for breakfast lunch and tea — and probably midnight munchies as well — but we overcame this problem by keeping them in trays until they were at least 6 inches tall and strong and then planting them out in positions to give the maximum shade.

Onions, garlic, tomatoes, basil, zucchini, leaf salad and cabbage were our most successful summer crops, although many things showed a lack of nutrients — our melons and pumpkins were all rather small, as were the aubergines (eggplant) and peppers, but everything we harvested had an intense, delicious flavour.

This is now our second spring and we are about to embark on planting the garden out again with seedlings we germinated and brought into our nursery dome, most of which are grown from seeds which we gathered after our first harvest last autumn. Seedlings in the garden dome

The garden looks amazing, even when almost empty, as it is now after the first winter (we still have leek, onion, broccoli, cabbage, various salad crops, radish, turnip, rocket, etc. — even the odd brave strawberry still ripening)!

I plan and guide all the gardening but this year it is almost all done by WWOOFers who come and stay in our caravans for varying amounts of time. This is a great help as last year I only had one helper to assist in planting out the entire area, which, if it was square, would total 500 sq. meters. It took dedication , determination and a large dose of humour to get planted up.

Each one of the WWOOFers brings something to the garden (some things are amazing and inspired — others introduce an element of chaos and confusion that is a challenge to incorporate into the changing state of balance of the long term plan)! We have had drought for months now and face a long, hot, rainless summer — so we will be grateful for the ‘flood’ design of the gardens. Water can enter the garden at one point from where it flows into the ‘flood’ channels and we have dams to hold the water in the channels once they are all full. We only have to flood the gardens twice a week in the heat of August to keep all of the soil moist just centimetres under the surface (which we keep mulched or covered with vegetation).

My hope is to watch the trees grow year by year and to introduce further ‘permanent’ elements to the garden every year so that within a few years we will have a lush green area where before was an empty barren field. The only ‘permanent’ plants at the moment are the trees, the strawberry beds and kiwi fruit. I visualise one day sitting under the walnut tree eating strawberries in the shade!

My brief was to create a garden that could feed between five and ten people all the year. To reach this target we will have to continue enriching the soil and adding more garden areas. Unfortunately Pujari does not want to use any more animal manure in the gardens, so we are relying on compost and every bit of vegetation we can rake up from along the riverside. We are also fortunate that everyone in this part of Portugal burns wood on their winter fires so we have sacks of ash to enrich the soil.

I hope to write for you all again when the gardens are all planted and I have time to relate some of the joys and sorrows of gardening with a constant flux of WWOOFers, all contributing their unique energies, gifts and foibles. Meanwhile I wish you all happy gardening and encourage you to have a go at transforming abandoned areas of used up land into forest gardens — after all, if you then abandon the garden, at least an orchard will be left behind to grow in peace. 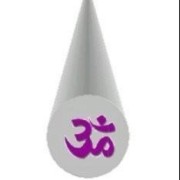 Integrating Garbage in the Landscape 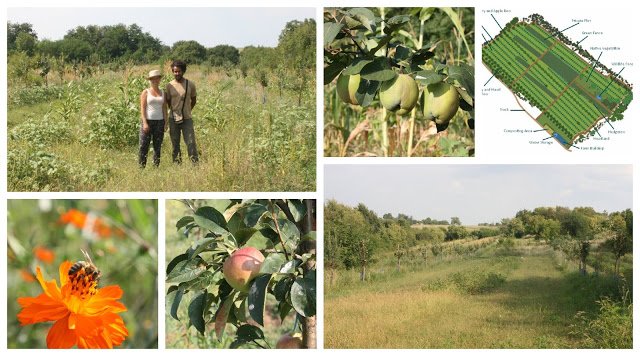