We´ve all heard of climate change and probably understand the basics of how excess greenhouse gases like carbon dioxide produced by our society´s burning of fossil fuels is causing the earth´s temperature to rise. We´ve most likely seen maps of what the world will look like when the glaciers and icebergs melt causing the ocean to rise and most of us probably accept that it is a danger to our civilization.

For most people, however, we suffer from a cognitive dissonance that doesn´t allow us to make meaningful changes to our way of life-based on the knowledge that we have. Though the reports and predictions by climate scientists are certainly frightening, they seem like far away and distant possibilities. The 1-2 degrees of temperature change sure don´t feel that extreme, especially as we relax in our air-conditioned homes or drive to work in our air-conditioned cars.

In case you haven´t heard enough of the doomsday facts and figures, here are a few more figures from NASA to put into perspective how far climate change has advanced:

Over 100 million people who live in coastal areas will purportedly be affected by the rising sea levels caused by global warming leading to a serious demographic crisis of climate refugees.

Despite this wealth of harrowing information, very few people have been inspired to act. Dozens of international climate change conferences have resulted in mediocre, toothless agreements that do nothing to force countries to cut back on fossil fuel consumption. The health of the industrial growth economy trumps all other concerns, even that of our long-term survival.

The carbon dioxide, methane, and other greenhouse gases that we´ve released into the air will stay there for years on end. Even if we were to miraculously cut out using all fossil fuels tomorrow, the effects of climate change will still be felt in the coming decades. 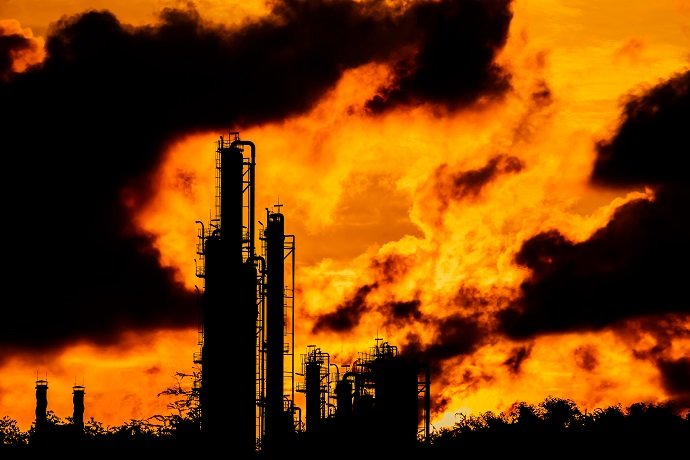 One positive feedback loop related to climate change has to do with the loss of ice. Ice is white and when the sun entering the earth´s atmosphere hits the ice, the white color reflects the light instead of absorbing it. As the ice melts, it reveals the darker colored land or ocean water below it and that same light is now absorbed instead of reflected thus causing the temperature to rise and more ice to melt.

Similarly, the rising temperatures that are causing the Arctic ice and permafrost to melt will eventually unlock billions of tons of methane gas that is stored under the ice in the Arctic regions of our world. Methane causes more global warming than carbon dioxide and as that gas is released it will only speed up the process of climate change in a vicious cycle.

Rising Temperatures and the Uncertainty of Agriculture

Billions of small farmers around the world depend on the constancy of the seasons to grow the crops that feed their families. Traditional, ecological knowledge of indigenous and peasant cultures is often tied to this historic, ancestral observation of the cycles of nature and how humans can adapt to that cycle in order to survive and thrive.

Global warming, however, causes vast changes not only in the temperature but also in the constancy of the seasons. Billions of farmers can no longer plan to plant their seed during a certain time of year as they´ve done for generations because the beginning of the rainy season is impossible to predict nowadays. Prolonged droughts and more serious monsoons and heavy rains also cause huge losses in agriculture thus threatening the livelihoods of billions of people. Even industrial agriculture depends on the rain, and huge crop losses are today considered to be a normal part of the profession.

Similarly, the rising temperatures across the earth´s surface also threaten to increase problems with pests, bugs, malignant fungi, and other problems to farmers. Warmer temperatures could lead to a wider range of habitat for several different types of pests that in theory could lead to a loss of crop yields. Rising temperatures and changes in rainfall patterns coupled with a growing world population is not exactly a recipe for success for feeding the world.

Nonetheless, the excess amount of carbon in our atmosphere also provides a unique opportunity for the transformation of our agricultural system. Plants “eat” carbon dioxide, and by planting perennial species across our landscapes, we could help to draw down the excess carbon dioxide in the atmosphere and store in the increasingly fertile layer of biomass and humus-rich soil. This, of course, depends on us changing from an annual-based agriculture that depends on yearly tilling of the soil, to a perennial, no-till form of agriculture.

Can a House be a Sustainable Part of the Landscape?

July 10, 2019
PRI Newsletter
Get the latest permaculture news stories straight in your inbox