Following up on Testing the Dam in SouthWoods in Minnesota, here’s a series of pics showing how the new swales handled a decent storm.

To start with, we had to wait almost 4 weeks for it. No spillway action yet, but the swales filled well. The top swale stole most of the rain run-off but storms are forming again.

Infiltration is quite even and water seems to run atop the sub-soil clay layer to the next level. Buckwheat is now higher than irrigation sprayers, some over 12 inches and flowering. Algae flows out the dam pipe and deposits in the swale after the rain.

I recharged the top dam with algae from the sunset pond and it flourished a few days until the rain washed it into the swale again. 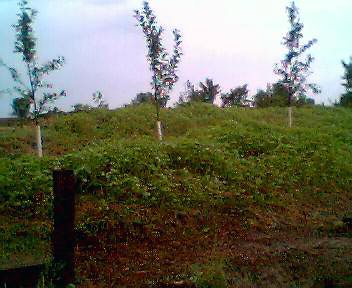 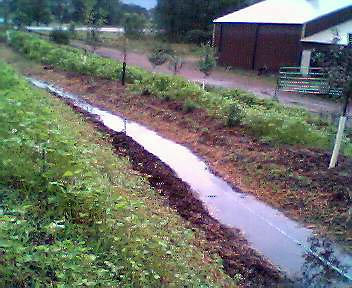 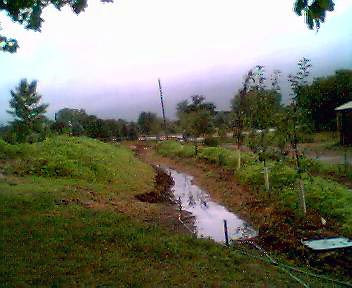 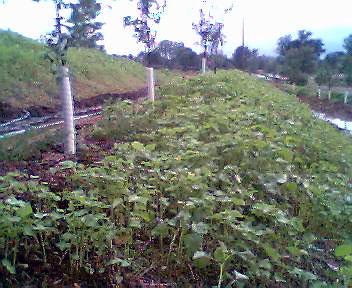 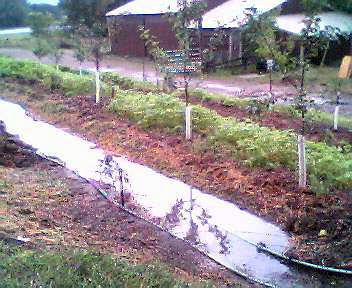 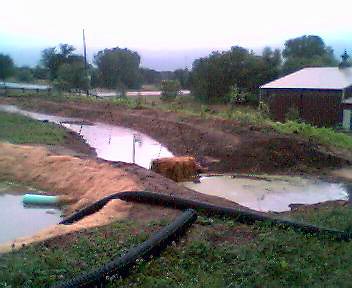 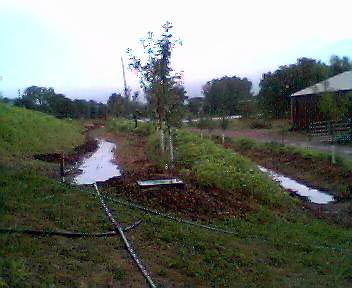 "A Call for Sustainable Practices in America" 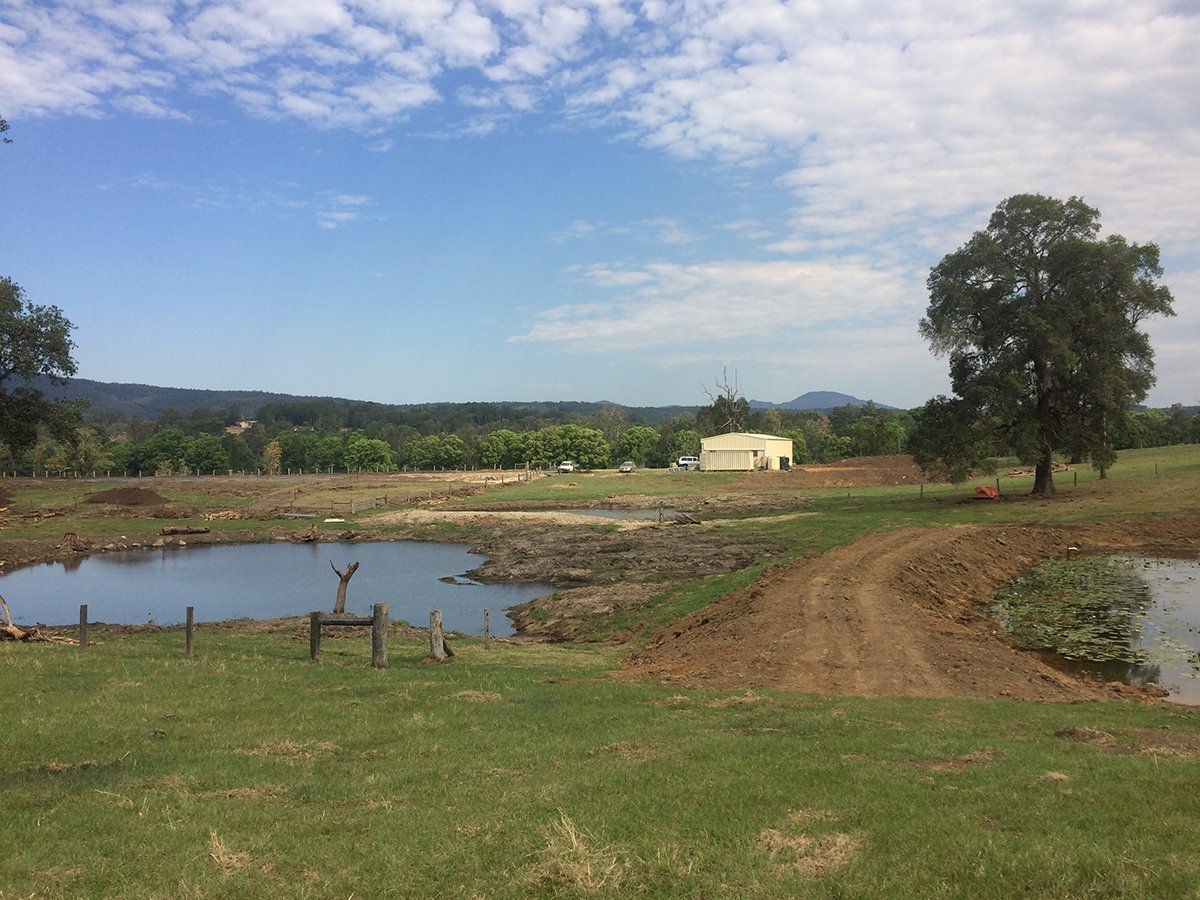 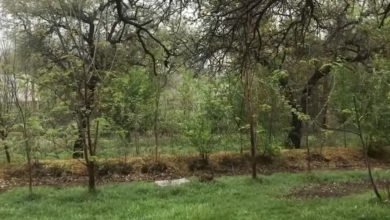 Texas Food Forest and the Results of Good Design.