Five years ago we moved to our current property in North Texas. While the general area is not particularly challenging, the property itself was. The three-acre property has anywhere from 11 inches to as little as three inches of soil, sitting atop a limestone slab. Note that’s not rocks, but a solid slab. All in all, an insane place to build a permaculture property, but we set about making it happen.

In our first year we selected an area to make into a full-on food forest, in a swale-based architecture developed mainly from what I had learned from Australian permaculture educator Geoff Lawton. This was a classic example of right technique for the right place.

Other than some other small swale-like paths, this was the only area of the property we designed with swales. The area is about three-quarters of an acre. In total, almost 600 feet of swale capture and infiltrate about 24,000 gallons of water for every inch of rainfall.

Once installed, we planted the swales with fruit trees, mostly stone fruits that do well in our climate, like apricots, plums, almonds and various crosses such as pluots. We also planted many varieties of mulberry, apples and various figs, persimmons and pomegranates. To support these trees, we planted heavily into support species with initial legume-based ground covers and supporting nitrogen fixers such as autumn olive and black locust.

Fertility was almost nonexistent on the property, so we ran a flock of ducks in a paddock shift system for three years as part of a commercial duck egg operation. This winter, we decided the ducks had done their work and at this point were actually holding the property back. We had improved other areas of the property but the effect of almost one ton of ducks on the property was preventing us from developing sufficient herbaceous understorey.

We sold the ducks off to various customers and advised them in setting up their own small-scale operations and even turned many of our retail customers over to them.

Not suitable for agriculture? Think again

As we came into this spring, without the birds grazing we knew something special was about to occur. Five long years of work, attempting to grow a forest on thin and highly alkaline soils on top of limestone slab may seem like an odd choice for a permaculturist, but it was the right choice. The locusts, oaks and even the fruit trees have deposited humic acid on that alkaline rock, creating fractures and fissures. Where once an inch of rain filled our swales, now it takes over two inches, water is getting into the fractures, wild flowers and medicinal herbs are everywhere. Our trees are laden heavily with fruit and it is only April.

The Natural Resources Conservation Service lists our land as “sparse range land, not suitable for agriculture”, perhaps someone should give them a copy of this article? 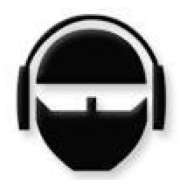