Take a sweeping 20-minute tour of our 66-acre Zaytuna Farm property. Throughout, I explain specific features of the farm, how these things came together, and why the farm was designed as you see it. If some terms aren’t familiar, we have included a detailed explanation below and to learn, even more, check out my Permaculture Masterclass series, HERE

Zaytuna Farm went into development in 2001 with earthworks for the mainframe water system. The tour starts along the oldest, largest swale on the property, and it supports a well-established food forest, which includes jackfruit, mango, custard apples, Brazil cherries, pecans, and more. The productive forest is designed to mimic a natural forest, and the swale helps to hydrate the property. With systems like these, the farm is continually improving into a drought-proof, flood-proof, and extremely stable landscape.

Swale: A swale is a water-harvesting and tree-growing system that resembles a ditch, only it sits level and holds water until it soaks into the landscape rather than draining water away. Swales are on slopes, and the lower side of swales are bordered with berms (mounds of soil) into which trees are planted.

Chinampa: Chinampas are an ancient agricultural method that combines shallow water systems for raising fish and aquatic crops with artificial islands and/or peninsulas for growing land crops. This method is considered one of the most successful and sustainable in history. The main gardens on Zaytuna farm have been in continuous production for over 12 years. They grow the main volume of vegetables on the farm, and their soils are constantly revitalized with compost provided by two chicken tractor systems. The two chicken tractors yield one cubic meter of compost each every week, so it’s no wonder the fertility of the soil continual improves.

Geoff walks us through double-reach row upon row of crops: potatoes, daikon, snow peas, bak choy, cabbages, field peas, onions, garlic, carrots, beetroots, Romanesque, broad beans, etc. On the outside of the rows and occasionally betwixt them are alley crops of leucaena, a nitrogen-fixing legume, which are being groomed as high pollards. This is where the big, bulky crops are produced, and the system could be replicated for sustainable market production.

Chicken tractor: A chicken coop that, beyond just raising chickens/eggs, is used to process waste materials and produce compost. They are typically movable and often relocated to also aid in weed and pest control via the chickens feeding on them.

Bathtub worm farm: Worms make fantastic fertilizer via their castings (poop) and the juice, and bathtubs make great homes for worms, as well as easily harvesting these castings and this worm juice. The bottom of tubs are lined so that juice drip through the drain, and they are filled with manure and organic materials for the worms to eat. 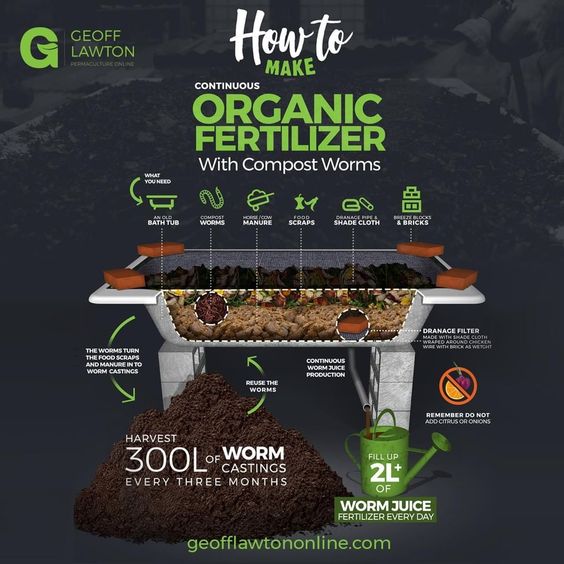 Food Forest: A food forest is a designed forest meant to replicate what happens in natural forests but with a diverse collection, a polyculture, of productive (and supportive) trees and plants operating from the root level to the overstory.

Chop-and-Drop: Support trees and plants, particularly grown for their nitrogen-fixing and biomass-producing abilities, are regularly cut (“chopped”), and the prunings are left on the forest floor (“dropped”) to decompose, creating fertile soil and fostering fungal networks. 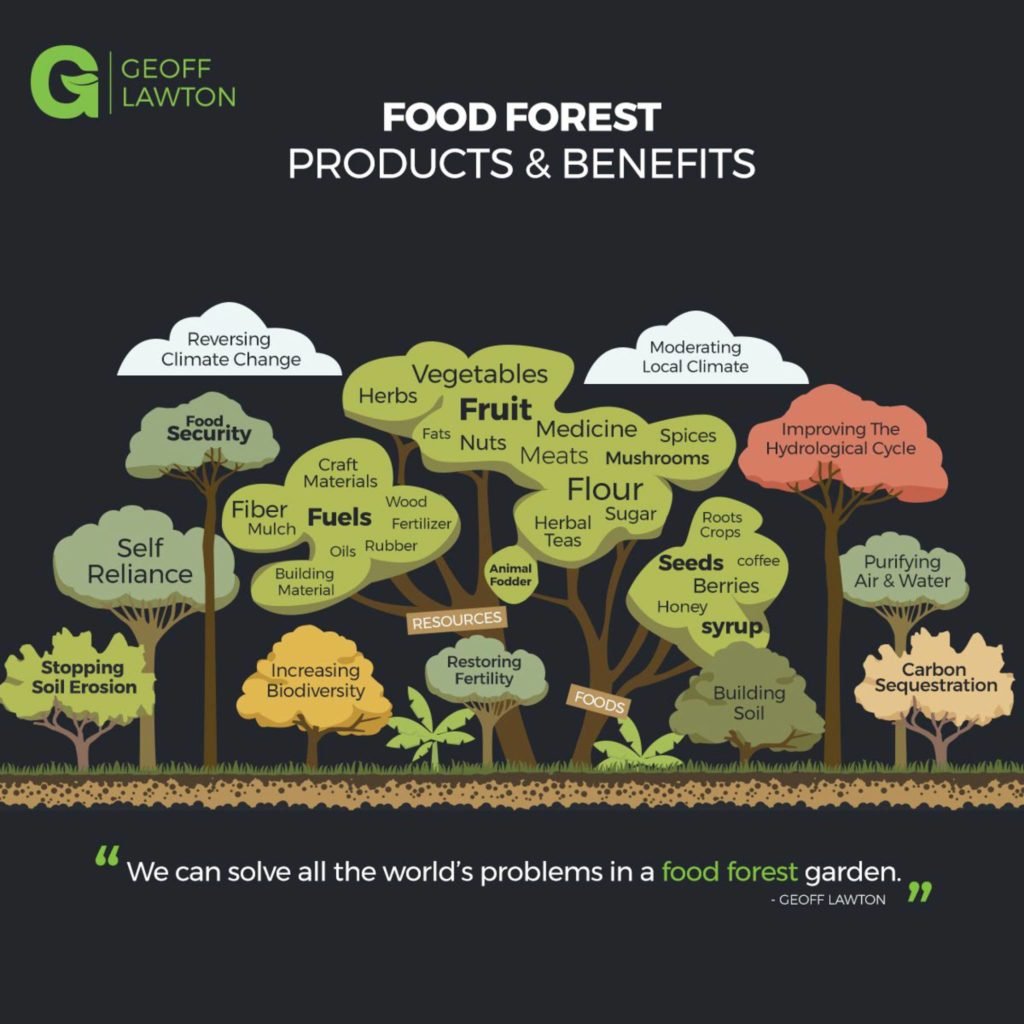 Zaytuna also has special waste systems: composting toilets and reed beds. All of the toilets onsite are composting. They are flushed with sawdust or shredded organic matter, and when they are full, they are emptied into wire baskets in the forest to sit for 9-10 months. The processed compost is spread around trees, and it is completely safe to handle and looks like typical forest mulch. Geoff grabs a handful and sniffs it to demonstrate. There is a large reed bed system made with two concrete bays. Water comes from the kitchen through a grease trap then a septic tank then reed roots before emptying into a leach field that soaks towards productive systems. There is also polypropylene reed bed suitable for one household that functions the same way as the commercial one.

Cell-grazing: Animals are fenced in and allowed to graze small sections (cells) of the land for a set amount of time, often a day or a few days, before being moved on. This maintains the land and feeds the livestock without degrading the landscape. Wilderness: an integral part of permaculture design and a place which nourishes us and the planet. 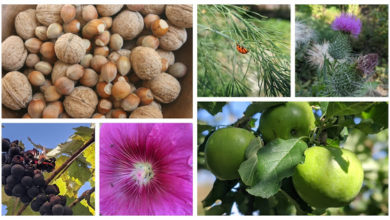 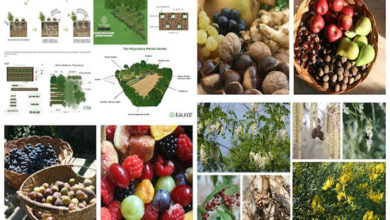 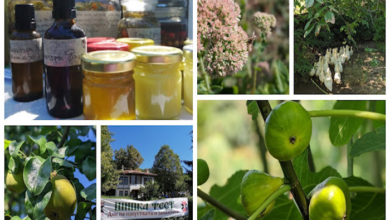 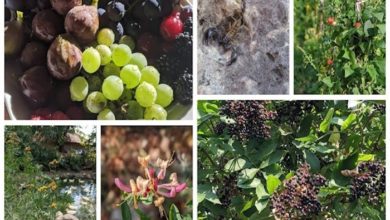 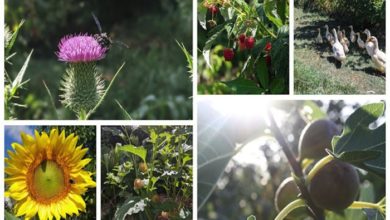 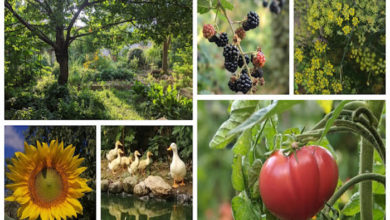 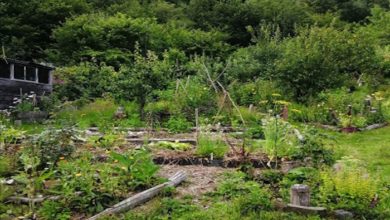 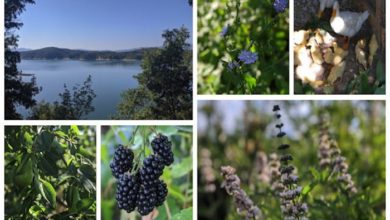