You never change things by fighting the existing reality. To change something, build a new model that makes the existing model obsolete. — Buckminster Fuller A week or so ago I received the most exciting email ever. It was from a reader of the Simplicity Collective who had just finished reading my book, Entropia. Inspired by the vision, he told me that he wanted to help develop an ecovillage, outside of Melbourne, Australia, based on the ideas outlined in the book. Not only that, he said that he had 20 acres of land on which to build it, and $100,000 to get things started. I fell off my chair.

He said he just needed help turning the vision into a reality. Naturally, after getting up off the floor, I accepted the challenge, and now we’ve decided to open the invitation up to anyone who is interested in being a part of this hugely exciting project. So, do you want to help design an ecovillage? Do you want to live in an ecovillage? Keep reading. Anything is possible.

The property, which I visited last weekend, is about an hour and half from Melbourne city centre, just past Moe, which has good rainfall for Victoria and is along an active train line. As noted, the property is 20 acres, about half of which is treed, and there is a three bedroom house, a significant shed, and a large dam. That’s the essentially blank canvas we have to play with. Planning regulations seem flexible and open to more dwellings. Now we are aiming to form a working group to discuss how best to spend the $100,000 with the aim of creating an ecological work of art.

Although the vision remains very open, some initial possibilities include:

The intention is to have alternative / unconventional dwellings as the centrepiece of this project. House prices in Melbourne are ridiculously high, locking people into decades of labour. We need to explore radically cheaper but sufficient alternatives. It will require a shift in thinking, but the reward will be freedom.

As well as these types of ideas, we’ve also talked about the possibility of using the property as a demonstration site, or a place to hold workshops or retreats. The basic vision, however, is to create a small community based on radical simplicity of living, renewable energy, and high self-sufficiency, in order to show that flourishing lives don’t have to cost the Earth. That is, we’re not interested in creating a sham ecovillage of million dollar eco-houses, affordable only to rich people. We’re interested in exploring ways to help create a truly sustainable and affordable alternative to the status quo, and that implies radical simplicity. What this means and what this ends up looking like, however, is up to us. It will also be important to engage, work with, and inspire the local community, of which this property forms a part.

Once we’ve got this first place set up, the dream is to facilitate the creation of other similar, larger projects. After all, the purpose of creating an ecovillage — at least, this ecovillage — is not to ‘escape’ the system, but to ultimately ‘transform’ it. These are early days, of course. I will address the prefigurative politics of ecovillages in another post.

Also, just in case there is someone wanting a ‘tree change’, two of the neighbouring properties are also for sale, so perhaps there is someone out there who wants to buy one or both of those properties? Thought I’d ask :) Be in touch if possibly interested.

There is much to think about, but if you’d like to be part of the working group, or even want to contribute ideas via email, please send me a note outlining your ideas, situation, background, and funding potential to: entropiaecovillage (at) gmail.com.

We’re planning to have an initial meeting sometime in the next few weeks to gauge interest. We’re impatient to get started. Exciting times.

A Computer Geek Starts a Garden, Part II – We Are Chlorophyll Managers

Design Opportunities at the Edge of Society (South Africa) 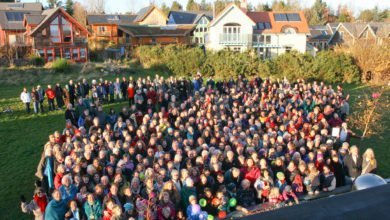