Researchers in Perth have potentially uncovered a secret to understanding the declining populations of bees around the globe.

According to a study conducted by Kings Park and Botanic Garden, Curtin University, and the University of Western Australia, when human impact leaves bees with a lack of food, they don’t make an effort to forage further from home – instead, they start to depend on food sources stored inside the hive.

Bees were numbered and distributed among six hives north of Perth, at the Gnangara Mound. Three hives were located in healthy woodlands with plenty of available food, and the other three hives were only 5km away, in a section of degraded land that had been ravaged by fire. Don Bradshaw, a professor with UWA’s School of Biological Sciences, said the study measured the metabolic rate of the bees to determine how human-initiated change to the environment, like the clearing of large sections of land, would impact the insect’s survival.

The results of the study revealed that the bees from the desolate landscape showed a 30 per cent decrease in metabolism, as well as a 60 per cent lower intake of nectar. These findings were the opposite of what Bradshaw said he had anticipated, which was that the bees in degraded areas would have a faster metabolism – as a result of having to travel further to find food. 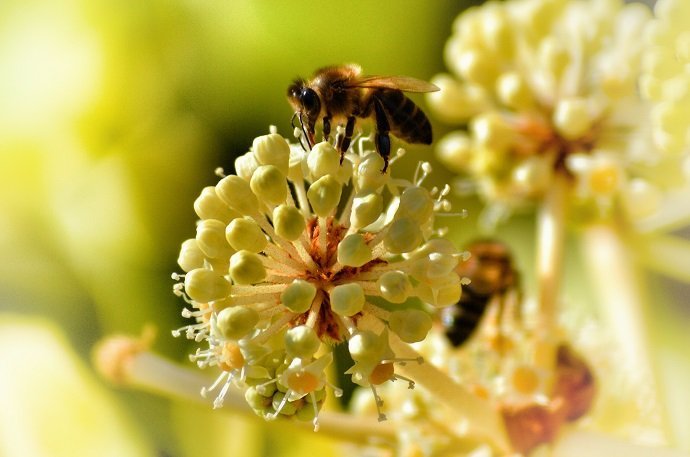 “Rather than travel in search of food in degraded areas, the bees foraged less and depended on stored resources inside the hive,” Bradshaw said.

Bradshaw’s method for determining the metabolic rate of the 76 numbered bees used for the study was initially developed for a study on honey possums. Traces of the isotopes Rubidium 86 and Sodium 22 were fed to the bees, before they were released for the week-long study period. According to Bradshaw, the oxygen turnover of the bees is directly related to the rate at with the rubidium leaves the bee’s body – and the remaining sodium in the bee’s body gives scientists an idea of how much nectar the bee has consumed.

“Those are direct calculations that will tell you at the end of a week how active the bee has been, and how much food it has taken in,” Bradshaw said.

According to the study, published in the Proceedings of the Royal Society B, this experiment marks “the first time the metabolic rate and feeding rate of a free-flying insect has been measured in its natural environment,” and will hopefully inspire future studies on other important pollinators.

Bees in other parts of the world are facing population declines caused by insecticides and a deadly mite, and Bradshaw warned these threats may eventually start to impact Australian pollinators. The findings of this study, he said, can be used to help preserve bee populations by providing a deeper understanding of how human-made environmental impacts like degraded land can alter the behaviour of these important insects.

“Unfortunately, over the past few decades, there has been a dramatic decline in global bee populations,” Bradshaw said. “Bees are vital for human beings, the environment, and agriculture. They pollinate one sixth of flowering plants world-wide, and help to produce a third of what we eat.”

Volunteering for Volunteers: A Slow Evolution of Hosting Free Labor