TED Talks, for some time, have been something I’ve loosely disregarded. They were interesting, informative, and free, but my friend Bryant Hand was just a little too eager to share them with me. Perhaps I thought I was too young (2 years less than him) and too hip (I have a beard past my figurative collar while he actually wears dress shirts), but maybe I should’ve given my old friend a bit more credit. Bryant never managed to turn me into a fan, and I never expected visiting Colombia would turn me into another TED enthusiast. But, it did.

A couple of months ago I took a tiny bus out of Bogota, Columbia, then changed to another tiny bus at a place called La Playa (it was not a beach but rather a convenience store just before a highway turnoff), and got off at a lakeside restaurant, Los Pinos (“the pines”). From there, my directions were “go back twenty meters and take the dirt road on the right.” It was the first farm I’d come to: La Juanita Finca Verde, a few kilometers outside the town of Guatavita, which most Colombians I’d talked to hadn’t heard of.

La Juanita is what I imagine farms of the future to be like (and maybe what the farms of the past were). It’s a small holding, about four acres, with a humble but comfortable country house in the center. The gardens sort of grow out of the lawn, a thick carpet of grass suddenly giving way to a mishmash of produce that, at once, seems as abundant as anything I’ve ever seen and also somewhat untended. The plants spiral around on mounds of dirt, half of the vegetation left to flower. The beds are covered in dense blankets of straw that, when pushed back, usually reveals tufts of salad leaves. There are greenhouses stuffed with plant-life. Permaculture. Permaculture Beds Outside the Kitchen Door

The kitchen looks like something from J.K. Rowling’s imagination. Plants festoon the rafters: Tobacco drying here, ears of corn hanging there, an entire aloe vera plant suspended, tiny bunches of flowers turned upside down and bound with string, edible potions cluttering every shelf, a spread of vegetables and bowls of beans on the table. A keg of home-brewed beer sits next to the fridge. Giant jars of kombucha ferment in the darkened corners next to an eclectic collection of rudimentary tools: a grinder, dinged-up canteens, a big brass dinner bell, and an array of baskets.

It does not look like a center for international exchange but rather the abode of a reclusive green-thumb, off-the-grid and content to stay there. But, Felipe is nothing of the sort.

In the last half-decade, TED Talks have quickly risen to such prominence, the demand for deeper and innovative information so high, that TEDx was formed. Now independent wings host specialized talks based around particular subjects, and around the world satellites tune in for live feeds of the talks. The events put forth a mix of experts and inspirers at the top of their field, and they provide these speakers with a platform to share their ideas, their latest discoveries, and their solutions to world issues. La Juanita is one of the satellites that presents these events from afar.

When looking at the volunteer posting for La Juanita, I had no idea what this — being a TEDx satellite — meant. I imagined… but didn’t know exactly what to imagine. Bryant had exposed me to TED Talks, so I had an idea of what that meant. But, I still didn’t know who TED was, didn’t know what the x entailed, and had no notion of who would attend a TEDx event in the middle of the mountains in Colombia. I figured these were all reasonable questions, and I also knew that I’d stumbled onto one good way of finding out.

At 6:30 when I climbed down the ladder from our (my wife Emma has been part of this all along) loft above the kitchen, Felipe smiled and offered me coffee, as is the ritual. He was going over his notes for the day. He expected about 20 people to show, all of whom needed to be fed and comfortable. I swept. Emma prepared breakfast to feed us all, and then she fed the worms in the worm bed with our kitchen scraps. We set up a projector in the living room, clearing the fireplace mantle so that the wall above was a screen, with the machine hanging from a rafter. Watching the live feed of TEDx Manhattan together

Around 11:00 people began to trickle in — several English-speaking Colombians as well as expats from the US. They were carrying potluck dishes, boxes of crops from their gardens, and home-recipe beer. No one seemed too bothered that the internet had collapsed in the morning, and we’d missed the bulk of the first session of the event. After all, there were two more to come. So, people lounged in the garden and explored the permaculture beds and hothouses while we all began to prepare food — a group of mixed friends and strangers, all together.

TEDx Manhattan is, as one might guess, a New York-based event, but what isn’t so readily obvious is that it’s all about food and the food movement. Speakers address issues that both affect specifically the US and the world at large, sharing some of the most up-to-date information of what’s the what, telling incredibly inspiring stories of food renegades, and bonding over a mutual interest in the topic. This event, entitled “Changing the Way We Eat”, streamed three sessions, with Chef Tom Colicchio as the grand finale. When it finished, I started watching clips from last year’s session.

The talks went all afternoon, with people drifting in and out, watching a lecture here before taking a walk outside. I sat in an armchair off to the side, barely breaking my attention from the event. Each speaker brought with them something new to the offering table, pledged themselves to a common cause between us all, and spoke with passion, knowledge, experience, courage and — mostly — belief. I sipped at a rotating mixture of whatever people were preparing — a slew of herbal teas, local coffee, and home-brew beer.

At the culmination of the event, we all went outside. It was March 1st, and one of the people in attendance was Russian. She’d been working on creating a traditional straw doll, an evil doll, outside that is burned each year to welcome the Spring and bid a long-awaited farewell to the winter. I couldn’t help but think about all I’d heard, couldn’t help but consider the idea of Spring and its place in our lives and histories throughout the world, and couldn’t help but note the hopefulness of it all. What a day, brought to me by TEDx.

Now, what my friend Bryant realized that I didn’t seem to grasp was TED events can pretty much happen at anytime, even in a regular old evening at home over a bowl of chili (hopefully not out of a can) and a can of beer (hopefully not imported). The problem is, and maybe this will change by the time I return to Guatemala, he keeps sending emails instead of becoming a TEDx satellite host, a post for which he is well-tailored.

As for me, I never thought volunteering on a farm in rural Colombia would expose me to the technological marvels of the modern world, never thought it would bring together such an eclectically diverse yet similarly interested group of viewers, and absolutely never thought it would turn me into a TED man. Now my challenge will be trying not to share and forward every new video I watch.

The Village Hub - When Factories Preserve the Environment 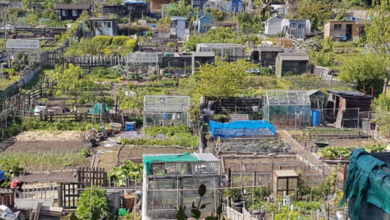 Permaculture Journey In The United Kingdom