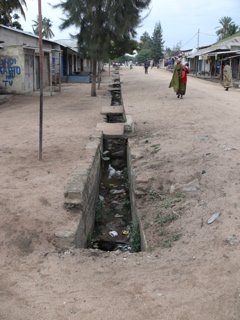 To first world countries these things are important not just because of the momentary guilt we feel when we see those pretty little starving children on tv commercials asking us for donations, but because the most important promises of “modernism” can provide solutions that will save millions of lives (mostly chilren) and millions of dollars in aid.

Third world people need to fully understand their own problems and the problems of their own lands, and then how they can deal with it themselves without any outside help.

It comes down to a few basic but important things and when these are understood, Third World Populations can actually design their own solutions to their own problems.

Interestingly when these simple things are understood and the basics of good living systems are instituted, populations naturally moderate. They realise their wealth in real terms beyond money and international trade and goods.

With the new approachknowledge that permaculture design principles provide, people become truly empowered. They can readily work out their own solutions to problems as they arise. The reason they are able to do that is because they are taught to see the simplicity of the solution, they see the logic of it, and they see how to apply that same logic to a vast array of other issues without compromising their own cultural lifestyles. 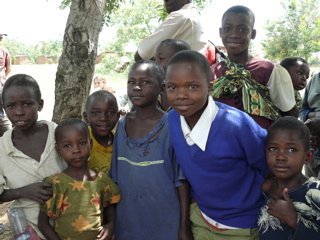 Once they start to do it they find they actually enhance their own quality of life. Their individual
cultural identity is raised within their own area. This serves to identify them in their own bioregion as examples for other bioregions to become abundant, healthy, self sustaining, productive and wealthy in their own cultural ways which for them is not necessarily based in the modern western understanding of wealth.

Creating this enhanced quality of life, raised cultural identity and strong examples for others, becomes powerfully infectious from bioregion to bioregion, but not without the transfer of information through the teaching of the Permaculture Design Courses by qualified teachers.

The examples that people can see of enhancement of lifestyle in one village is exemplified in the old farmer’s saying by Wendell Berry, farmer and author in 1934 when he said “What I stand for is what I stand on.”

Enquiries from Africa have been coming in for some time by email and, because of the volume of enquiries and time restrictions I have been putting people together by email in many cases as interim measures to help where possible. There have also been many requests to go and teach and design in Africa but for one reason or another it hadn’t come about. I have had some history of working in North Africa particularly Morocco and more recently in North Egypt because it is next door to Jordon where I have worked many times.

Interestingly, two years ago we organised an aid conference in Santa Barbara California with some of our directors and students who have become co-workers with experience with aid positions. We were keen to set up a strong permaculture aid organisation and we decided to call it “Permaculture Across Borders”.

During that conference, there was a very intense and lively discussion about what is needed for Permaculture Without Borders. We need demonstration sites which serve as education centres able to network their information locally, regionally and nationally and which are linked internationally between all the other institutes.

This type of interconnectivity would then provide open information amongst all institutes linked through a website A key feature of this website would be not only the description of the institutes involved and what work they do, but also and most critically, photos and descriptions of students who need to be funded to take the Permaculture Design Courses. The objective of this is so that project sites become economical within 3 years of establishment. Funding for the students who need to be put through the PDC could come from some sort of “adopt a PDC student so they can save a thousand babies” or “Save a thousand babies by creating one Permaculture Design Teacher”. The final decision about a name is yet to be arrived at.

From the Santa Barbara Conference, after talking about the issues facing more than 300 million people globally, who all suffer in the same way, a queue of people came to talk to me and a couple said they had a project in Tanzania. They were a local NGO in California who called their group the Global Resource Alliance. They said they had one major project and asked if I would work with them on the very concept I had been talking about. So I said yes with no expectations of whether it would happen or not.

The communcations then kept arriving and it looked like their Tanzanian project with my involvement and PRI was definitely going to happen. They asked me what I needed to make it happen. As usual, in any project area, the very first step we take is to teach a PDC. They agreed with me and so we advertised the course on the website for anyone around the world as well as for the locals in Tanzania. 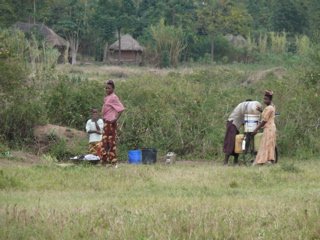 The registrations for the course totalled over 30 with some students from Australia, one from Italy who was an aid worker in Somalia, three from America, one Austrian, three from the Congo, two from Kenya and the rest were local Tanzanians.

Having western students in the class makes it easier as a teacher to transfer to the locals that the material they are being taught is relevant knowledge and it strengthens their commitment. They hear and feel and see the the interest and passion from the westerners and the interraction in the class between the first and third world students becomes a very powerful and palpable teaching aid.

If taught correctly and sensitively, it has the effect of blending for both westerners and locals, the benefits of good permaculture practises together with good old local knowledge of the area. The outcomes from the solutions proposed through permaculture are so simple and the most modern advice that the people have been given can eradicate some of the major problems that they have to deal with by using some simple design solutions.

In the beginning there is only a glimmer of curiosity, emerging passion and interest. They feel there is something special about what is being said, even though they can’t yet visualise it.

The only resistance we usually encounter is from anyone linked to agriculture. The local advisors or researchers or consultants are the ones who feel that their priviliged jobs are threatened by something that is quite different. They are scared by what they hear. Their education in agriculture is their life line, their livelihood and this new information threatens them. They don’t want to put that at risk. They don’t feel they have to listen to this so its ironic that the people who are advising the locals on food production are the very ones who don’t want to listen and don’t enjoy hearing one of the main problems is the current agricultural systems.

In the next post I’ll talk about how our team designed some appropriate solutions to the challenge.

Appropriate solutions to the challenge of Tanzania