In my previous article, ‘Understanding Patterns – Part 1’, we looked at why pattern understanding is such an important part of permaculture design and holistic thinking in general, and explored some practical ways to begin recognising and utilising visible patterns. In this part, ‘Patterns in Social Permaculture’, we shall look primarily at those patterns which are perhaps less simple to construct designs around. Patterns which are not directly visible but which are still very much a part of our existence. These could include the web-like connections between different members of an ecosystem or community; or the structures of organisations and financial systems and how they are interrelated with our communications. Zooming in further, we can also take a look at which patterns we are personally engaging in within our mental landscape, and whether or not these are appropriate for the effects we wish to achieve in the world.

What is Social Permaculture?

Social permaculture is using permaculture ethics and principles in order to create designs which are based primarily on social contexts.  For example, behaviour, finances, organisations or communities. In some ways, all permaculture design can be seen as utilising social permaculture, since it all includes the ethic of ‘People Care’. (1)

For those engaged in social permaculture, the difference is usually an emphasis of focus away from more practical and tangible elements such as planting or building structures, and towards more invisible, but no less important, ways of using permaculture design, such as planting ideas or building communities. Social permaculture is not exclusively about humans. It could be argued that ‘People Care’ means care of all the conscious beings in your design. This could be expanded outward towards pets or other animal friends, or even to mountains, trees and rivers. Such application would include the benefit of embedding a social connection between ourselves and the more-than-human world which surrounds us, and so therefore perhaps enable us to be more caring towards the other beings in our environment. (2 & 3)

Once you have studied the practical aspects enough, it can be relatively easy to intuit and follow the patterns of the non-human world, and thus, for example, calculate the volume of rainfall available for catchment in a particular area, or to add materials to the soil in order to optimise fertility. The rain and the soil follow particular patterns which are relatively easy to recognise. However, since humans are in some ways much more complex creatures, our patterns of behaviour and inter-relationships can also be difficult to design for.

It is still possible to map various social patterns and find ways to holistically design for productive social systems.

All patterns have a place…

One thing which a thorough grounding in Pattern Understanding can remind us, is that there is no such thing as a wrong pattern. As Bill Mollison points out in Permaculture: A Designers’ Manual, all patterns have some kind of function, and to create meaningful designs it is important to remember that we are never fully aware of all the patterns and how they interlink, though, if we try, we can

With this in mind, we can observe patterns of human behaviour and recognise that each behavioural tendency has its function.

One of my greatest inspirations in the field of social permaculture, Looby Macnamara, includes in her book ‘People and Permaculture’ (5), a table of common patterns of human behaviour. These can be mapped using the physical patterns which we already observed a little in ‘Understanding Patterns – Part 1’. For example, hierarchical structures involving one leader and successive sub-roles such as those common in formal education can be seen to follow a branching or dendritic pattern, whereas structures of many co-operative societies or non-formal education forms (such as that of permaculture education) tend to follow more ‘lobed’ patterns of a web-like structure including many ‘nodes’, no one node of which is more or less important than any other.

As Macnamara points out, “each has characteristics and benefits that we can use in our design work” (5) as long as we can design according to the needs of those within the system. For example, if the majority of the people present in an organisation work best when they are co-creating together, then a branching, hierarchical structure of organisation imposed upon them may stifle creativity or productivity. But an organisational pattern with a node-like structure may enhance them.

….And it’s important to design for change

Part of the art of social permaculture is recognising when to design or redesign patterns to ‘Creatively use and respond to change’ (6). As Looby Macnamara says,

Many so-called ‘primitive’ or ‘traditional’ societies include this adaptation to changes within the human life cycle, by radically changing patterns of behaviour or routine depending on the age of the community member. For example, a male child in some Aboriginal tribes may live as a ‘branch’ of a dendritic or hierarchical societal pattern; always subordinate to those members who represent stronger branches. That is until they ‘come of age’, where they engage in a highly ritualised event involving many interlocking patterns of relationship between the child, his mother, the animals, trees and landscape around him, and the spirits of his home. After the initiation period, the child’s relationship to the rest of the community is fundamentally changed and his role may become much more ‘node’ like as he takes on the shared responsibilities of the men of the tribe (7).

Such an example is probably not relevant to many readers living modern lives. However, it may serve to highlight the importance of using consciously created structures in order to encourage participation within particular kinds of patterns, or to change existing patterns into new ones.

This conscious adaptation of patterns is perhaps not so prevalent in much of modern society. Though it could be argued that if we begin including more ritualistic structures in our lives, we may experience a higher degree of health, both in our own bodies and psyches and in our surrounding environment (see for example 2, 3, 7, 8).

Such rituals do not have to be complicated. Perhaps we are not ready (or willing) to begin participating in communal rites of passage within our own communities. But we can still find ways to shift patterns within our own lives that can be very powerful, even if it is only on an individual level. For example, there are many patterns present in our mental landscapes which may not all be serving us in the present moment. In the next article I will explore some examples of mental patterns and some practical techniques for creating patterns of abundance within our own lives.

The map is not the territory…

As permaculture designers we are continuously mapping patterns into designs. It is important to make sense of the world using patterns. However, it is also important to remember that no one pattern ever stays the same. However effective our designs may be, we should probably always be ready to adapt to the constant evolution which is all around us. As Bill Mollison said,

(2). Abram, D, 1997. The Spell of the Sensuous: Perception and Language in a More-than-Human World. Vintage: New York City, USA.

(5). Macnamara, L, 2013. People and Permaculture: Caring and Designing for Ourselves, Each Other and the Planet. Permanent Publications: East Meon, UK. 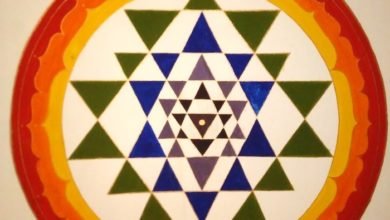 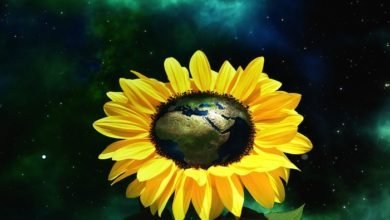 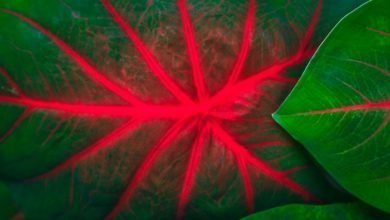 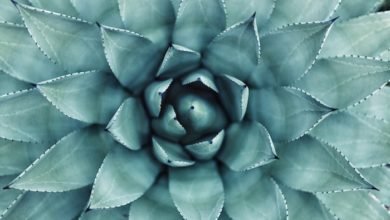 September 25, 2019
PRI Newsletter
Get the latest permaculture news stories straight in your inbox