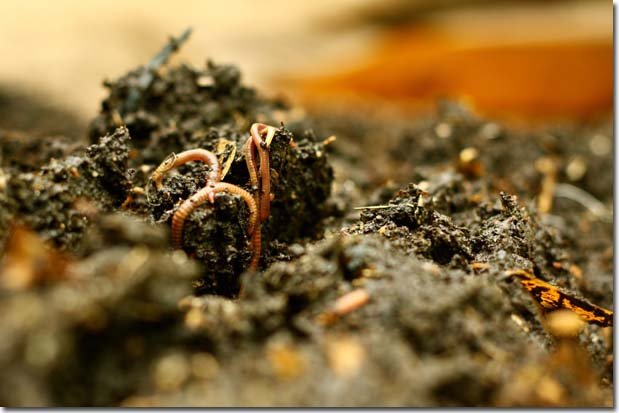 Worms are an essential part of a permanent agricultural system. At Zaytuna Farm worm farming has been developed into a very productive system. The feed stock we use is the contents of composting toilets and animal manures. The worm farm product is included in the potting mix for the plants grown in the plant nursery of the farm, producing very healthy and productive plants.

The origins of this method of worm farming comes from my experience as a Permaculture advisor and trainer in Lesotho, 2012-2014 (Miles Durand’s author profile). 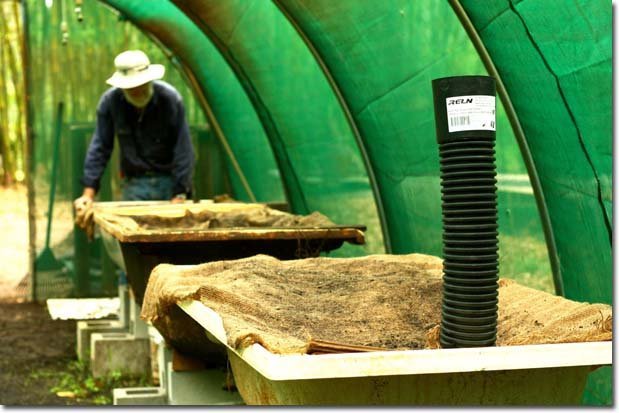 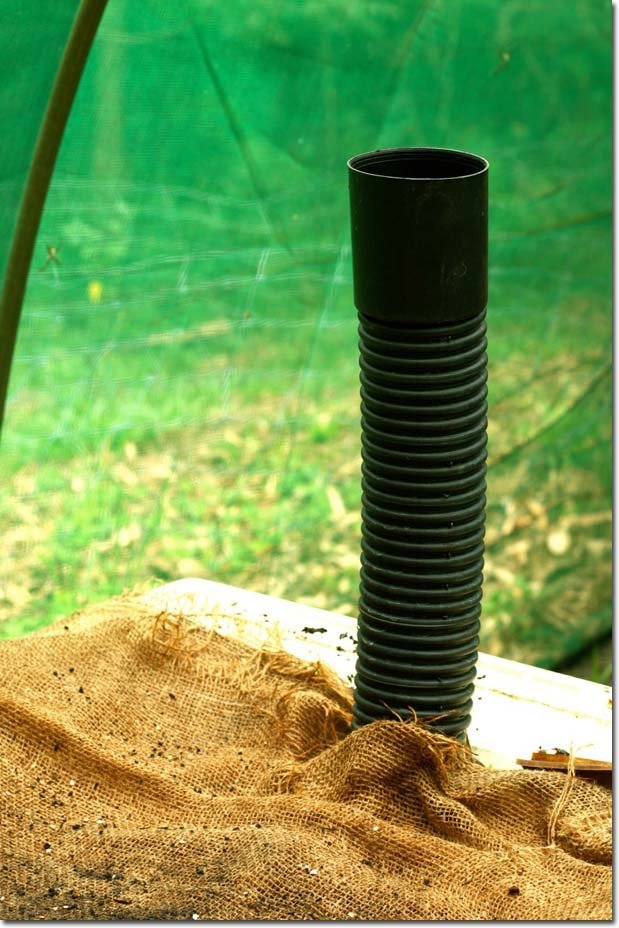 A number of bath tubs are placed in a reticulated shade house and used as worm farm containers forming a worm farm train. Each tub in the farm train is an independent worm farm. A length of agriculture drainage pipe is place on the bottom of the bath with one end exposed to the air. Weed matt is placed over the agricultural drainage pipe to prevent the drainage holes being blocked by the worm bed material. This enables the essential worms need of air/oxygen to move from the bottom to the top of the worm bed and the feed stock. The feed stock of animal manure and old compost toilet material is filled to the top of the bath. Manure worms are added to the bedding material and feed stock then covered with a cardboard blanket and hessian bed spread cover. Water is applied to the worm farm and the resulting worm juice is collected in the container placed under the drain hole of the bath tub. The worm farm juice is mixed with water and fish concentrate and applied to seedlings in the plant nursery as a natural fertiliser and soil conditioner. 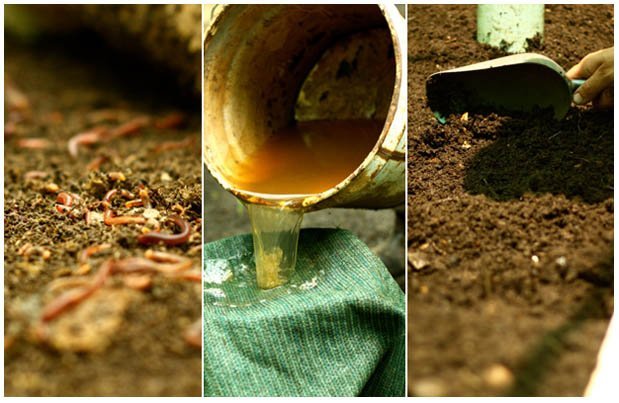 When the feed stock has been consumed by the worms the covers are removed. The worms dig down into the casting to avoid the light. The worm castings are scrapped off in thin layers to be used in potting mixes and garden beds. Then the bath tub is refilled with manure, aged compost and toilet material. And this harvest process takes place on the next bath tub worm farm. 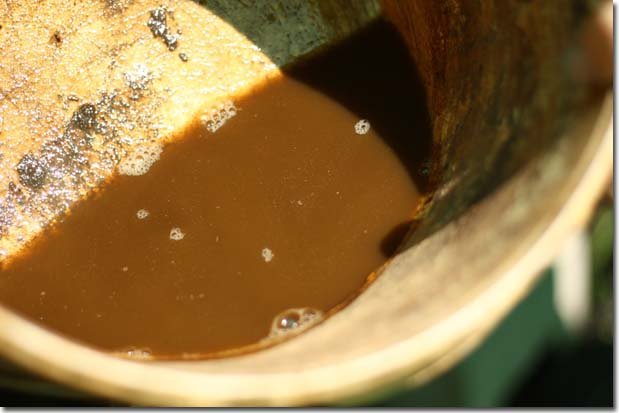 Worm Juice before it has been filtered 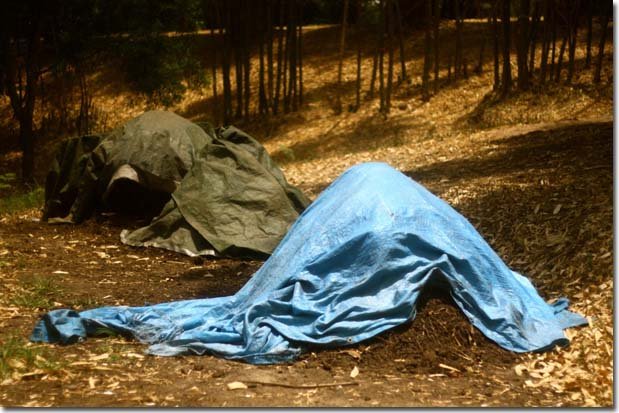 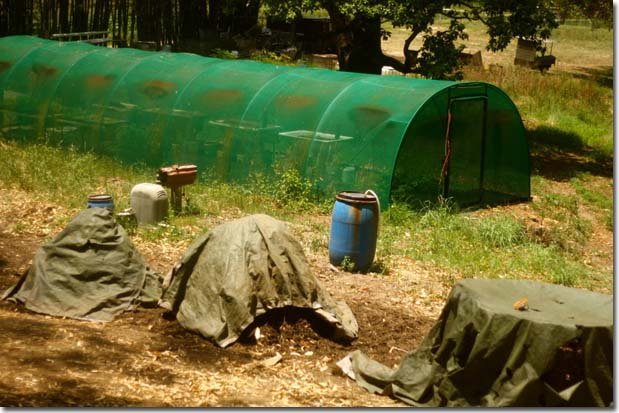 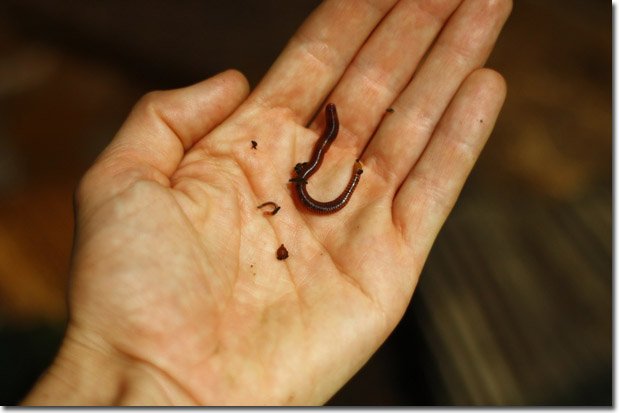 This worm farming system meets the requirements to be considered part of a permaculture design system. It reuses bath tubs, recycles waste organic matter and reduces energy input. The inclusion of small animals , such as worms into cultivated eco systems is part of the philosophy of permaculture design, working with nature. Small is indeed beautiful and very productive.

Is worm farming at Zaytuna farm a worthy endeavour, do hens lay eggs? 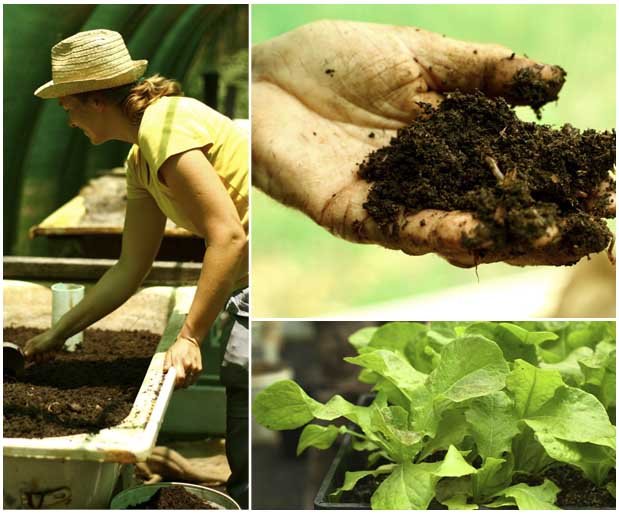 The Symbiotic work of Plant guilds in a food forest

A Personal Evolution: Tales of Permaculture via Greennovate Clips