Whether plant-based eating (veganism) is the guiding force behind your diet, or you simply enjoy having plant-based dishes just because plants taste good, there is something to be gained from experimenting with plant foods. In particular, pulses are great for providing some substance and protein to plant-based meals. And, for those omnivores amongst us, this doesn’t mean meat doesn’t exist, but that’s not to say you can’t enjoy (or try) a bean burger or some other leguminous treat every now and again.

My wife Emma and I have been vegans for nearly a decade now. Luckily, we came to the practice with a penchant for beans and rice. I, being from Louisiana, grew up with a myriad of this particular combination. And, having lived in Central America for several years, Emma also developed a taste for it. A pot of beans, a pot of rice, and some fresh vegetables has long served us as an ample and nutritious meal. Sometimes the combo comes out as soup, sometimes the items are plated separately, or sometimes the beans may become more sauce-like to be doled out over the rice. We might use Cajun seasonings, Indian spices, Middle Eastern flavours, Mexican palettes, or even Italian herbs. The trio has served us well for many years and has amazingly provided us with plenty of variety.

However, of late, we’ve been experimenting more. We’ve been learning to branch out, converting our beans and peas into new creations, things that have opened our menu. It’s been especially satisfying as summer has kicked in, and the heat and humidity has become overbearing, an atmosphere in which a hot plate of beans and rice often doesn’t sound all that appealing. For those interested—and if you aren’t that’s fine, no need to continue reading—I’ve compiled some of the new (and old) ideas we’ve been kicking around this year.

Having lived in the Middle East for a while, Emma and I can be a little purist in terms of what we call hummus: Hummus is made from chickpeas/garbanzo beans, and something similar out of black beans or green peas is not hummus. Rather, it’s something else that can be delicious in its own right. But, we often make a batch of hummus: chickpeas, lemon juice, salt, garlic, tahini, and olive oil. Like pâté, hummus works wonderfully on toast, in sandwiches, or as a dip, or it can be its own thing amongst a thematic smattering of Middle Eastern sides.

While the pâté most of us have grown up never to taste, that treat for the wealthy, is made from goose or duck liver, in reality pâté means “paste” and said paste can be composed of a plethora of things. We make a batch of this nearly every week, typically with either lentils or butter beans, some mushrooms and sautéed veggies, and mix of fresh herbs from the garden. From there, we spread it on toast, use as a dip, or convert it into burgers/sausages.

Lots of people rightly worry about legumes causing gas. This is because they contain carbohydrates that our bodies can’t naturally break down during digestion. Soaking beans and peas can help to greatly reduce this (and should be done anytime we use dried pulses), but sprouting them will provide even better results. What’s more is that the sprouts, like fermentation (coming up next) often increase the nutrient levels of the food, not to mention upping the fibre level while reducing the antinutrients.

A tipico breakfast in Guatemala, where we lived for several years, includes a side of black beans, as well as fresh pico de gallo, eggs (tofu scramble for us), and corn tortillas. We often use black bean leftovers from burrito or taco night to make a tipico. Another Central American breakfast favourite (Costa Rica, especially) is gallo pinto, a rice and bean mixture, that we might do if we need to use some leftover rice as well. Beans at breakfast just provides an entirely different feeling, and with some fresh, aromatic herbs (see: cilantro) and some cool pico de gallo, it gets a day started right.

Admittedly, Emma and I have not started making our own tempeh yet. We haven’t even started growing the soybeans necessary (though I have learned that tempeh can be made with other legumes and/or grains, too). We just haven’t quite gotten ourselves in a position for that level of production. However, we have started buying a little tempeh every couple of weeks. For those unfamiliar with tempeh, it’s an Indonesia traditional dish made from fermented soybeans. It’s been an amazing addition to stir-fries, more and more common with our veggies coming in. Tempeh, unlike tofu, has a distinct flavour and enduring firmness from the fermentation process.

Emma and I avoid processed foods, so, despite being vegan, we’ve not been huge beneficiaries of the plant-based burger movement. Truthfully, we’ve not eaten meat in so long that the appeal of “tastes just like meat” isn’t even really a thing for us. We don’t really remember.  But, that’s not to say burgers and sausages, as dishes, aren’t fun. When a big batch of herb butterbean or lentil pâté is lingering in the fridge, I’ll often make sausages from it, adding oats until the mixture can hold its shape in my hands and a spoon of chia or ground flaxseed for some gelatinous texture. My favourite legume for burgers is black-eyed peas, again with rolled oats as the binder.

Many of the dishes and recipes above tend to re-imagine pulses into new forms: burgers or tempeh or hummus. However, I think the motivation for this change is that the idea of a hot bean soup on a summer day just isn’t as alluring as it is in the winter. Something lighter, like salads, feels more the right speed. To make sure we have a protein-rich element in our salads, we like to cook up a pot of beans only to put them in the fridge and serve them cool. Beans and peas work great on salads. In fact, beans make great salads in and of themselves.

Cooking pulses has been a daily endeavor for us for years now. To make it easy, we’ve learned

We’ve also learned than the combination of beans and rice, a staple in so many places, provides a complete protein, with all the essential amino acids. The only legume that I’ve know of that has the all on its own is the soybean. 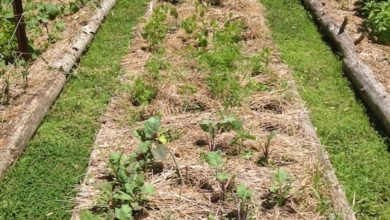 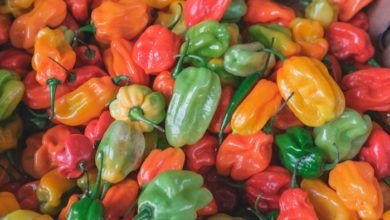