I’m still finishing up some posts from my last winter trip to Egypt and during this post, Dylan comes out, we herp in the dessert, scuba dive in the red sea, and head into gold mining territory in the Nubian dessert.

After spending a few weeks in Luxor I headed over to Hurghada, a tourist town on the red sea coast, to meet my son Dylan who was keen to see Egypt and discover some of the reptile life in the region. After spending the night in Hurghada, we set out south along the coast to reportedly, one of the best Scuba diving spots on the Red Sea, Marsa Alam.

We hired a car for this part of the trip and although I’d not consider driving in Cairo, the coastal and desert roads are for the most part in great condition, pretty much empty and the scenery is perfect for driving. Every new town you enter and leave is guarded by various different branches of armed police and I believe a permit is needed for moving around certain parts of the country via vehicle, ours being issued as part of the car hire contract I assume.
We didn’t get far down the road before stopping to take in the shifting desert scenery of the Arabian Desert  – Al-Sharqiyyah and for Dylan to take a look around for reptiles. 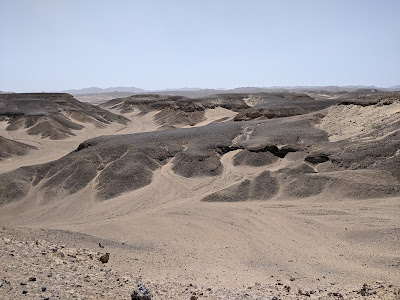 It seemed like we were the only organisms as far as the eye could see but look carefully and we could make out small patches of unidentified shrubs on the horizon, Dylan seemed hopeful to find some reptilian life around. We did not see any at this location but did spot various burrows as pictured on the right that we believe to be inhabited by Uromastyx aegyptia – Egyptian Mastigure  (or some similar dessert dwelling lizard) that are known to grow up to 70 cm long

Further south where the coast is visible from the road the landscape shifted and larger areas of vegetation were present on what looked like old flood plains, coming in off the mountains in the west and draining into the sea. We had another mooch around and found insect and bird life, and some interesting plants but still no reptiles.

With all the stops a 3.5 hr drive turned into 8 hours and we arrived in Marsa Alam in the dark but not before stopping one last time to photograph the first tree we’d come across since leaving the city. Still no reptiles. 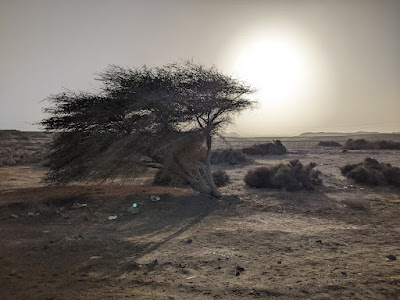 The Red Sea coastal towns certainly lack the charm and diversity of the Mediterranean however the sea life is truly incredible. The first realisation of this came to me whilst walking to the shore for the first time and seeing such a diversity of shells all over the ground. The below photo is just a small collection gathered around me in about half a minute. Btw, the airport security guys informed me, (as they dumped my collection into a wheelie bin) not to put collected shells in hand luggage if you want to take them back. 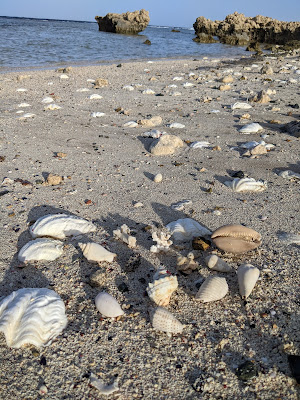 I’m no expert on marine life and had no idea how a land so void of life could have a sea so full of it, Google popped out a reasonable explanation,  “because the air is arid and the water is clear, the algae that live inside corals are able to photosynthesize and provide the corals with nutrients. The nutrients are very efficiently recycled within the ecosystem and the result is an area with astonishing biodiversity. Three hundred reef-building corals and more than a thousand fish species call the Red Sea home.” it does not explain how the corals got there, I guess it will turn into a chicken and egg conundrum at some point down the investigation. 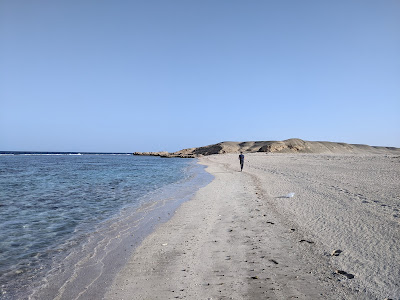 In Marsa Alam we met a diving instructor, Mattia from Deep Ashri while looking for accommodation for the night and arranged an early start dive the next day driving 25 km northeast to Monkey Divers Diving College, adjacent to Elphinstone resort. We passed many of these types of resorts on the way, and for a large stretch of the journey, they are the only places around. They cater to tourists on packaged holidays, with golf courses, masseurs beauticians, etc. The tourists are not allowed to leave the premises without permission, although given how cozy it is inside and how, literally, deserted it is outside. I don’t think that would be a problem. 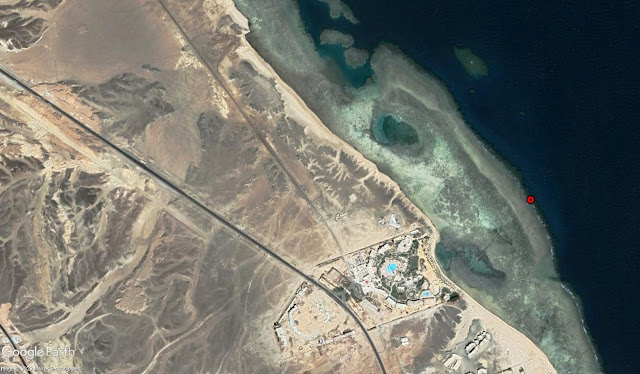 I’ve never seen a coast quite like it. The shallows were vast and teeming with fish of all sorts. The edge of the coral reef was half a km out and we reached the depths via a wooden pier. You can see the point from which we dived marked with a red dot on the map above. 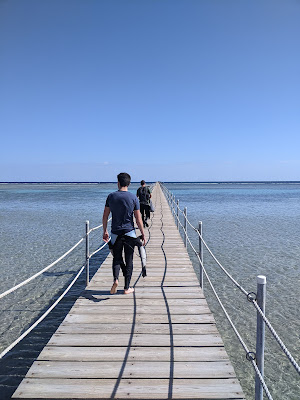 It was the first-time scuba diving for both of us so Mattia took us in one at a time. Here’s Dylan with his gear and getting used to breathing underwater. We dived to about 8m and along the reef edge. It was an incredible experience. 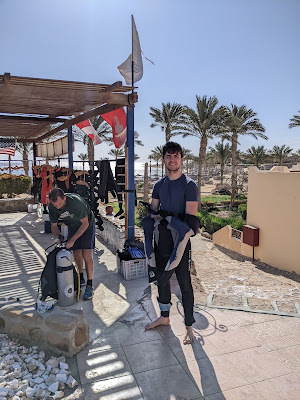 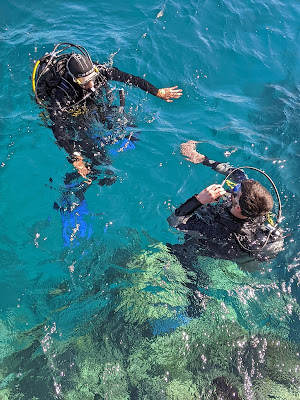 Next time and I’m certain there will be the next time, in sha’Allah,  I’ll bring a camera and spend time learning about the life down there. It was an amazing experience that cannot be put into words, the photos below were taken from the same section of the reef we dived at but do not come close to capturing this bizarre and beautiful part of the world.

After the dive, our plan was to travel west through the Nubian desert to reach the Nile and try our luck herping on the way  and, along the banks of the Nile. We were told by locals the road was good about half of the way, patchy in some places,  and very bad towards the end but passable if you drive very slow and very carefully. Off we went.

The Nubian Desert is gold mining territory and the road through was heavily guarded at each of the 4 checkpoints we crossed. The only vehicles we passed were trucks and 4 x 4s from the British mining company, Centamin who along with the Egyptian Ministry of Mineral Resources, exploits the Sukari mine/Al-Sukkari mine. Egypt was known in the ancient world as being a source of gold, and one of the earliest available maps shows a gold mine at this location. 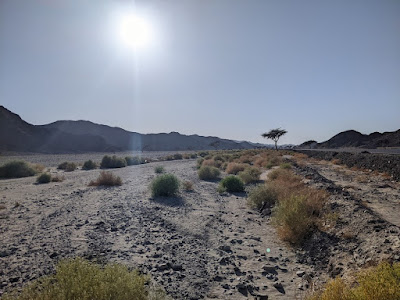 It’s a surreal landscape, that created a craving to explore deep into Africa.

We saw birds of prey on the way and being top of the food chain they are evidence of many trophic levels that exist in this dessert. Still no reptiles

At the last check point where the mining territory ends and the roads become almost roads, we were asked if we could give a lift to two of the police guards to Edfu, the Nile side town at the end of the road. We obliged and set off on the way to Edfu.

That’s all for this post, the final post on Egypt will be about Edfu, probably the most authentic place we traveled to in Egypt, the incredible Horus temple located there, and our exploration along the banks of the Nile where Dylan finally found his reptile and what a reptile it was.
Tags
herping Nubian Desert Red Sea