Seed saving continues in earnest, stocking up the bionursery, sharing with friends and collecting for a local seed exchange that is being created by the ESC volunteers for the people of Shipka to use. The seed library will be housed at the Mayor’s office where local food growers can access different cultivars of their favourite vegetables, try out out some new ones and add their own favourite seeds to the stock. 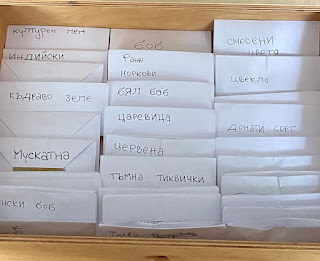 The vegetables grown locally typically include potatoes, onions, carrots, beans, tomatoes, cucumbers, peppers, aubergines, courgette and winter squash, but over the last few years there has been a noticeable increase in the availability of more unusual vegetables for the area, such as parsnips and kale. Local cultivars of tomatoes are among some of the best I’ve tasted, and people seem very open to trying out new ones too. 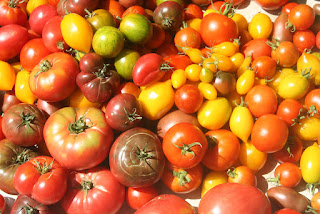 Harvesting the seeds from  Hibiscus syriacus – Rose of Sharon was a fascinating process, and the empty seed pods as seen in the below image could potentially be used in crafting or to make jewellery. Hibiscus is a late flowering deciduous shrub growing to 3m in height with as much as a 2m spread. It’s a highly ornamental plant with edible flowers. 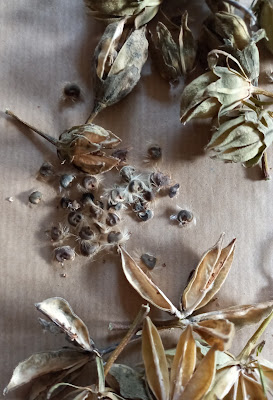 Seeds aren’t the only thing we’ve been harvesting this week, as we dug up the bulbs from the Allium nursery. 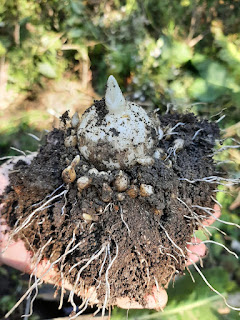 To build the raised beds where we grow the Alliums we cleared and levelled the area, built the frames with 20 cm wide pine planks and shovelled out 50 cm wide pathways between the beds using the pathway soil to fill the beds, which  finally were topped up with some top soil and compost from around the garden.

We’ve situated the beds in a gap between some mature cherries trees and a large Mulberry where they will receive at least 6-7 hrs a day of light during the growing season. The beds are laid out on contour so that we can use our flood irrigation system between the pathways to irrigate.

The other Allims we are growing here are Allium neapolitanum – Daffodil Garlic, Allium sphaerocephalon – Round-Headed Leek, Allium atropurpureum – Dark Purple Onion and Allium moly – Golden Garlic. The bulbs are dug up and stored in lightly moist sawdust before sending out to customers. We always replant the beds with some of the bulbs to ensure there will be plants next year. 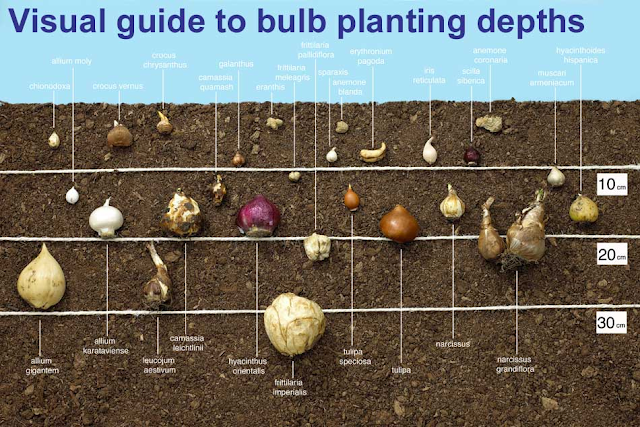 While on the subject of bulbs, Fanny and Ruhsar from the ESC crew planted out two beds with Garlic for harvesting next year. If we have a mild autumn then the chances are that the bulbs will send out green shoots and so make decent growth on the roots. Once winter hits, the fresh green growth will die back, but the gains made by the roots as they settle into the soil means that by next spring the Garlic will have a head start and start growing more quickly than if we planted them out in the spring.

I always find planting Garlic a great starting point for an annual polyculture, as leaving adequate spacing between the rows allows for other crops to be sown directly into these spaces. We have experimented with sowing early carrots and spring onions, dill and spinach with good success. When the garlic is ready to be harvested we fill the spaces left by them with transplanted cabbage seedlings, sow beetroot or transplanted peppers. Many more combinations are probably possible. Here’s a breakdown of this Polyculture. 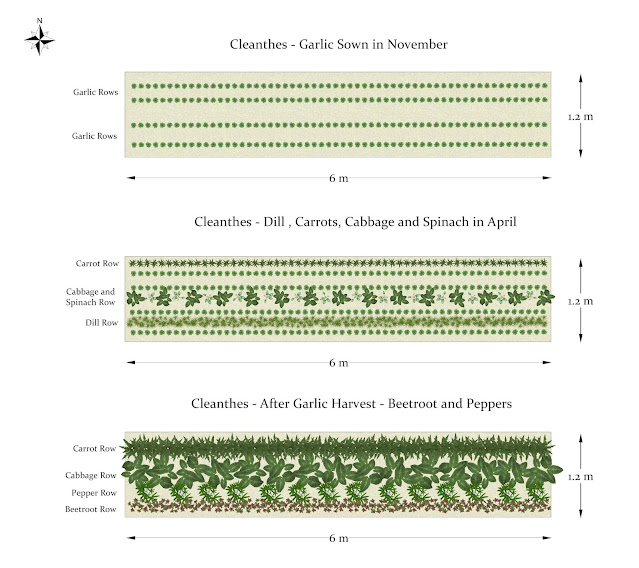 Black Soldier Fly Grubs - Feed Your Flock & Save the World