As any group grows past “Dunbar’s Number,” conflicts will arise. Every species has a built in “flocking instinct,” a maximum group size before the group splits.  For humans, it’s somewhere around 300. We’re just hardwired that way. This probably evolved so a single species population wouldn’t over-burden its local ecosystem.

And it’s often small differences between us that we hang those conflicts on. These small differences probably help us differentiate our village and tribe and build ingroup identity when a group grows past Dunbar’s Number and the flock divides.

Sigmund Freud called this “the narcissism of small differences.” He noted that the fiercest fighting doesn’t happen between people with big differences, but between those with relatively insignificant differences. The Romans used this bit of human nature in their “divide and conquer” strategy, turning locals against themselves and their neighbours for easy plunder, and colonialists and corporations have been doing the same ever since, wherever opposition springs up.

We may discover Permaculture and think “finally! This is my tribe!” But soon we learn more, and with millions of Permaculturists world wide, there are bound to be differences among us.

What’s more disappointing is that we say “cooperation over competition,” but sometimes we seem to spend more time attacking imperfect allies over insignificant differences than we do attacking global corporations, consumer culture, and industrial agriculture that are actually destroying the planet.

Beyer-Monsanto over there wrecking EVERYTHING like Godzilla and we’re eviscerating each other over exactly how relatively beneficial an herb spiral is. Just the way Monsanto wants it.

And of course this gets in the way of any kind of real cooperative environment.

So, what can we do about this? Here are some of my thoughts.

1. It’s natural and okay to be part of a subgroup (like Transformative Adventures on Facebook) but can we also see ourselves as part of a broader “alternative global nation?” Believe me, there are people in the movement I disagree with (Hah!) but I have to admit, their imperfect Permaculture is still better than the poisons and petrol way.

3. Can we focus on ourselves instead of controlling others? So, there are folks doing permaculture in ways I disagree with. I can recognise that what they are doing is still spreading Permaculture and building a market for it rapidly. Now, my most empowered role is to find what I want to contribute.

4. Can we actually think cooperatively? Focusing on “correcting” the people “doing it wrong” gets in the way of any opportunity for cooperation. Thinking of my own role puts me in the power seat, and positions me as a potential cooperator to those people, instead of an enemy.

5. Can we recognise and transcend internalised capitalism and the “scarcity mindset” that drives it? A lot of my own anxiety over small differences comes from just plain old capitalist competition thinking. “If one of those competitors pull someone in, then they won’t be a market for what I’m trying to support.” Scarcity mindset. If someone is doing “permaculture” they won’t be interested in “indigenous food systems,”or “regenerative Agriculture.” If we transcend that, we can move towards a position of cooperation. In reality, someone who takes a PDC is probably more likely to then become interested in local knowledge, Regenerative Ag, or indigenous systems.

6. Can we try to transcend differences? As John Michael Grear used to say, the opposite of a bad idea isn’t a good idea. It’s another bad idea. Usually we get to the good idea by transcending the false choice. For example, we’ve talked about how a lot of conflicts arise between positions of “reason” vs “intuition.” The best answer isn’t either one. It’s not good to abandon science, or the things that give life its richness and meaning. The best answer is to use reason where it works best, and intuition where it works best.

7. Can we focus more on the SUBSTANTIAL DIFFERENCES rather than insignificant small ones? Think of generations of American poor whites in poverty living in similar conditions to African Americans, but focused on skin colour, a biologically insignificant issue, instead of cooperating against the systems of oppression and poverty they have in common. I’ve been trying to ask myself “is this a bigger issue than climate change, global wealth inequality, and mass extinctions? If not, I’ll try to word my critique in terms of what I am FOR, rather than a harsh attack on what I’m against.

8. And finally, I try to remember to catch and store energy, including social capital. That means both for myself, and for the Permaculture movement as a whole. Even if not everyone is doing it perfectly, the Permaculture movement and its related allies are all moving us in a positive direction. Rather than bombing the movement because I think a few are doing it imperfectly, can we cooperate in moving it in a better direction? 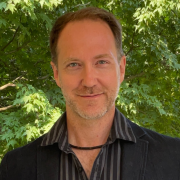 Michael Hoag has had an adventurous 20+ year career in the army of community-scale change-makers who are transforming the world. He manages Lillie House Permaculture, an urban homestead and community Transformation business, and directs TransformativeAdventures.org, a coop for supporting others building careers in community-level change. He has forged a rewarding professional path on his own terms as a teacher, Permaculture designer, homesteader, gardener, farmer, plantsman, herbalist, forager, artist, organiser, farmers’ market manager, workforce trainer, and collegiate curriculum designer. He’s an avid natural gardener, plant and ecology geek, food-lover, musician, and bum-philosopher in love with all the exciting opportunities this beautiful world offers.