It’s another baking hot week here in the Balkans, sweetening the grapes on the vine and ripening ridiculous quantities of figs.

It’s turning out to be a bumper year for figs, and we’re drying them for the winter and digging out the fig jam recipes. Here in Bulgaria, jam is typically made by first of all placing the fruit into a saucepan or other container, covering it with sugar and leaving it overnight for the fruit to release its juice. The cooking part comes the next day.  There is a delicious recipe here that unusually, uses the green, unripened figs. These figs are pierced with a sewing needle in several places, and then boiled 3 times for around 5 minutes (each time discarding the water) and finally cooked down in a sugar syrup. I found a video outlining these steps which you can see here. 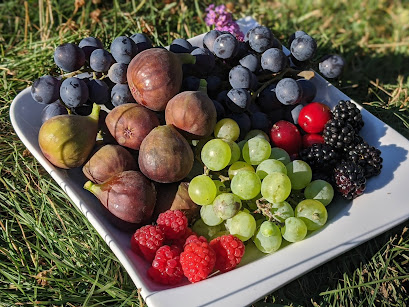 September in our region generally equates to somewhat of a grape gluttony and fig feast, but there are plenty of  other berries still on offer from the forest garden, including blackberries, raspberries and Cornellian Cherries. We’ve been experimenting with pruning the raspberries at different times of the year in order to try and prolong the fruiting period. We’re finding pruning half of the raspberries in the autumn is an easy way to get fruits from late May through to October. The unpruned canes fruit from May – July and the pruned canes start to fruit in mid-August – October. 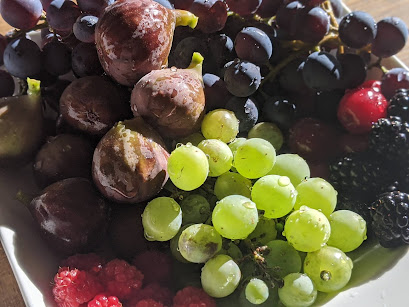 This week, Dylan has been on a herping trip to the Pirin mountains in southern Bulgaria.  He found a European Yellow Tailed Scorpian – Euscorpius flavicaudis. They are ubiquitous in Bulgaria. although i’ve never seen them here in Shipka. Interestingly, one of the largest colonies of this creature can be found on the Isle of Sheppey, Kent living in the south-facing walls, rock crevices, abandoned buildings and railway sleepers of the dockyard in Sheerness for over a century. It is thought that they originally found their way into the UK accidentally, stowed away in shipments of Italian masonry back in the 19th century.
Allium tuberosum  – Garlic Chives are in full flower. These are one of our favourite perennial vegetables. The bodacious flowers, very attractive to bees, are on show around this time of year, from August – September. Being from the Allium family it is said to be a good companion plant in the garden confusing many pests with their strong aroma. The plant has many medicinal properties including the leaves and bulbs used on bites, cuts and wounds. We have the plants planted along the border of our Asparagus officinalis – Asparagus patch that you can see growing in the background in the below photo. It’s a good spot for them, as if they were interplanted with the Asparagus more centrally in the beds, the tall and thick summer growth of the Asparagus would out compete them. Being on the edges of the patch also means the Allium leaves can easily be harvested throughout the year. 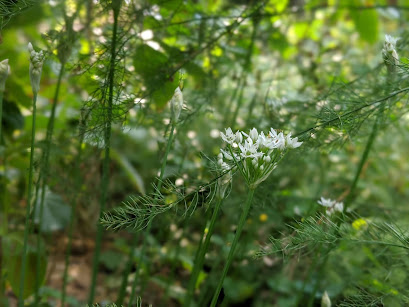 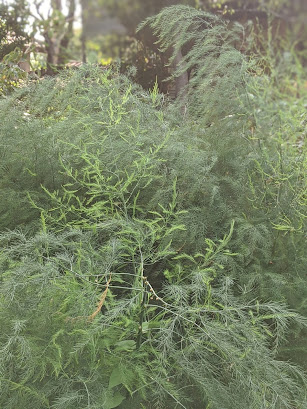 The ducks are doing well, with the ducklings really gaining weight now and growing up fast.  The whole family is now free ranging around the garden and enjoying the refreshing water of the pond as temperatures continue to exceed 30°c this week. Some of our neighbours have expressed an interest in taking a few of the ducks, and soon we’ll have to start organising their autumn and winter accommodation, as it’s during these seasons in our region that their predators will start to visit, mainly house martins and foxes.
The ducks having a swim with Tansy – Tanacetum vulgare growing in the foreground 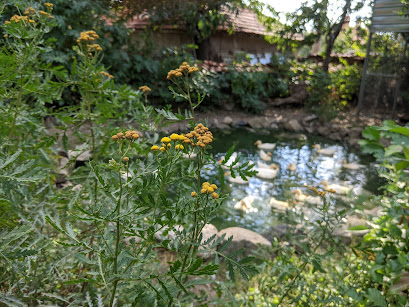 Honeysuckle – ​Lonicera periclymenum growing in the home garden. It’s a great candidate for the vertical layer and is excellent for covering walls, but can overtake certain areas and plants so it’s essential to factor that in before planting. One of the main ways that it spreads is via birds. The birds eat the berries and then deposit the seeds complete with a nice rich mulch of manure (their droppings). Flowers of Lonicera periclymenum are edible and can be used to make a syrup that seems to capture the sweet scent of the flowers in a delightful drink. 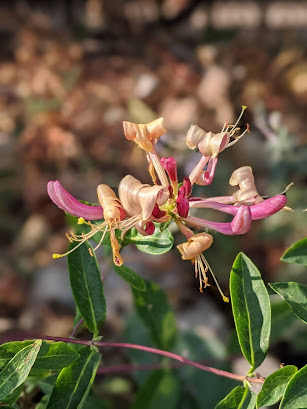 Talking of syrups, Sophie made a batch of Elderberry syrup the other day. Elderberries contain cyanide-inducing glycosides which are pretty toxic to humans, but if the berries are well cooked, these harmful properties are lost. We’ve been making the syrup a few times over the last decade or so and are still waiting to tell the tale. The syrup is stored in the fridge and only used medicinally, usually a teaspoon a few times a week during the winter to ward off colds. 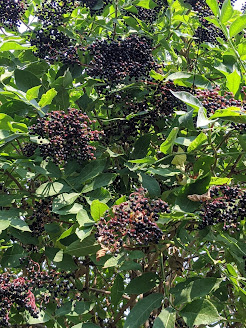 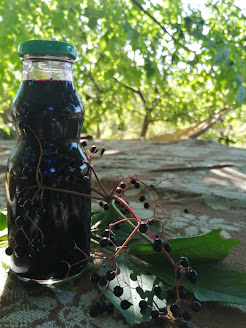 Cover the fresh elderberries with cold water by about 5cm. Add grated fresh ginger (as much as you like) and some dried cloves. Bring to the boil, and then simmer for around an hour, partially covered. When warm, strain through a muslin cloth (an old pillowcase is perfect for the job too) and squeeze the berries to extract as much of the juice as you can. Compost/discard this pulp. With the remaining juice, add some honey to sweeten. For 1kg fruit, we found just 2 tablespoons of honey was enough. Pour while still lukewarm into clean bottles and place in the fridge. A vacuum usually forms, keeping the syrup in a good condition for longer.
Satureja montana – Winter Savory – goes wonderfully with many meats and potatoes 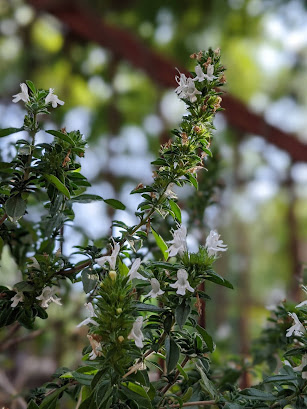 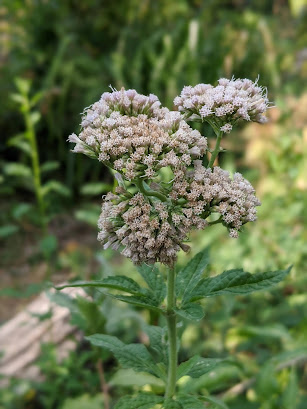