Sweltering…with the temperatures reaching what is likely to be peak high of the summer, it’s been wonderful to cool off by the Koprinka dam, a truly beautiful local spot. Back in the gardens, we have ducklings coming out of our ears (!) and trees full of fruits. Welcome to The Polyculture Project  – Week 20.

We’re pleased to announce that broody duck number two has successfully hatched 9 ducklings! With 10 from the first duck, and a third clutch of eggs being incubated, we’ve never had so many ducks on site. Space is proving to be a bit of an issue, because we only have one cage available to offer protection while the duckings are small, and also from the males, who are pretty forceful with the females and apparently can be very aggressive to young ducklings. We have had to mix the 2 females and their broods, and there seems to be some occasional tension, with both mother ducks snapping at the other’s offspring but nothing to worry about so far. Hopefully, the first batch can be released into the garden within a week or 2, freeing up some much needed space.
Ducks eating Symphytum x uplandicum – Comfrey ‘Bocking 14’.  When we kept rabbits, they too would be partial to the occasional Comfrey leaf.  The beautiful flowers of Comfrey are much loved by bees and the plant provides excellent ground cover. You can read more about this incredible plant here. 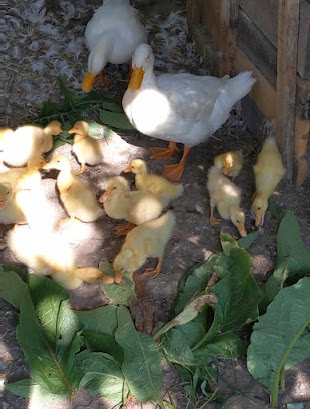 Common chicory – Cichorium intybus, a herbaceous perennial belonging to the dandelion family, Asteraceae. The pretty blue flowers attract a lot of beneficial organisms to the garden and can be added to the salad bowl, although they are somewhat bitter. 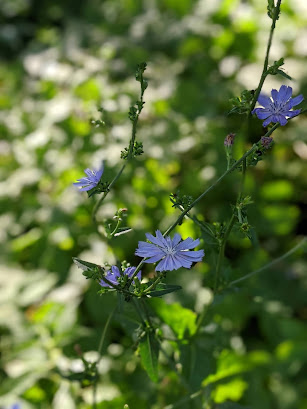 Vitex agnus-castus – Chaste Tree .  This tree has an amazing history medicinally and has been used for thousands of years for its beneficial effect on the female hormonal system, the seeds being used to restore balance to the female reproductive system. Interestingly, this plant forms one of the ingredients of the legendary Moroccan spice mixture ‘ras el hanout’. 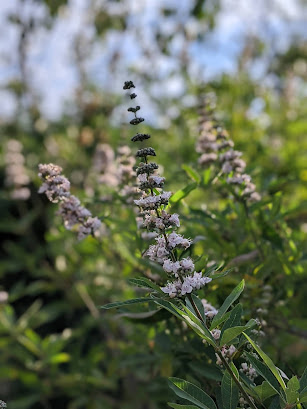 Ras el hanout, a popular spice blend from North Africa, featurwa the dried berries of the Chaste tree. The dried berries are often used as a seasoning in their own right, and are commonly added to meat or fish. (image from https://www.chilipeppermadness.com/) 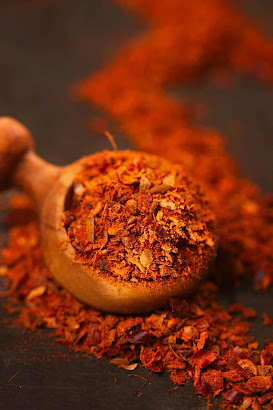 It looks like being a bumper year for pears. We had to take down an old pear tree last year in Aponia, the market garden, as it was suffering from fireblight that can spread rather quickly.  We’re offering a range of Pear cultivars this season including summer, autumn and winter pears that have good resistance to diseases. You can place an order now for late autumn delivery. 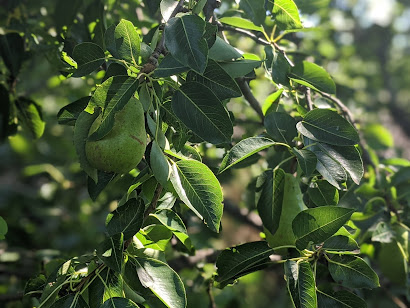 The apples are also looking great this year. You can see available cultivars this season here. 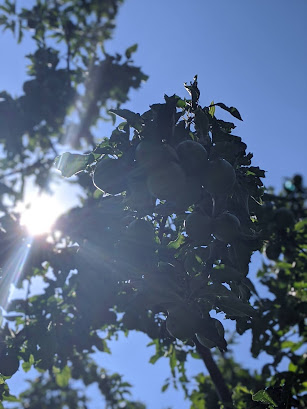 Rubus fruticosus cv. – Blackberry growing in the understory and ripening well but somewhat sour compared to the berries ripening in the light from the same plant. 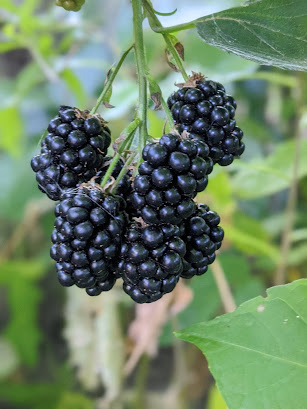 Tanacetum vulgare – Tansy  growing in the home garden. A favourite of ours for a brew, apparently with  anthelmintic properties 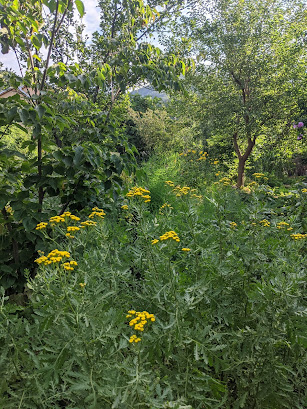 We’ve been spending some time at the beautiful Koprinka Dam, a lovely spot to relax in the hot summer months. Construction started on the dam in the 1940’s, and during the excavation of the site, the ancient Thracian city Seuthopolis was discovered. Despite this, the dam’s construction went ahead and the city lies submerged under the water here. There has been talk over the last decade of ‘raising the city’ by means of a dam wall surrounding the ruins in the middle of the dam. 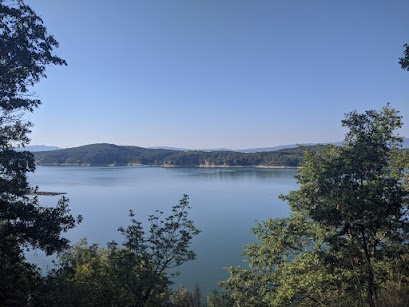 We’ve been looking at some land around the dam. The soils here are sandy clay, very different to our soils just 14 km north but still great for growing forest gardens :) 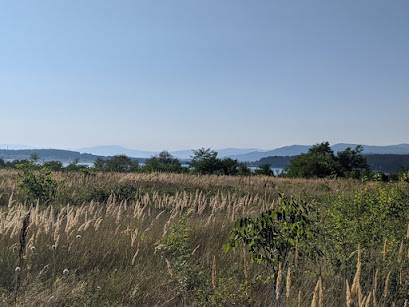 The mystery of the blue flower: nature's rare colour owes its existence to bee vision