In part 1(1) of this series we explored similarities between practices of peace and those of permaculture, while parts 2(2) and 3(3) looked at the idea of violence as a cycle which can be transcended, and some practical ways in which to apply this. This part will look at the destructive behaviours which can occur when so-called ‘identity politics’ are engaged in too deeply, at all levels of society. We will also explore the idea of peace being a natural process, which can be nurtured, encouraged and given space to grow, but never forced.

Searching For Our Stories

In part 3(3) we explored the idea that the reason much of modern society includes destructive behaviour is that we do not have shared cultural stories with which to create and direct our “moral imagination” (4), or sense of creativity and holistic understanding even in the face of crisis or destruction. So how can we transcend this lack, even if we do not already have a shared cultural myth in our society?

One way is to recognise the connection between spiritual unease and identity politics. It has been pointed out by philosophers for thousands of years that if we identify too much with any worldly definition of ourselves, we are bound to become unhappy and unsatisfied, since the nature of the universe is one of constant change, decay, death and regeneration (see for example 5, 6, 7). Psychological well-being can be found by identifying instead with that part of us which is transcendent of personal identity, which could be why religion and ritual is such an important part of human life.(8, 9) 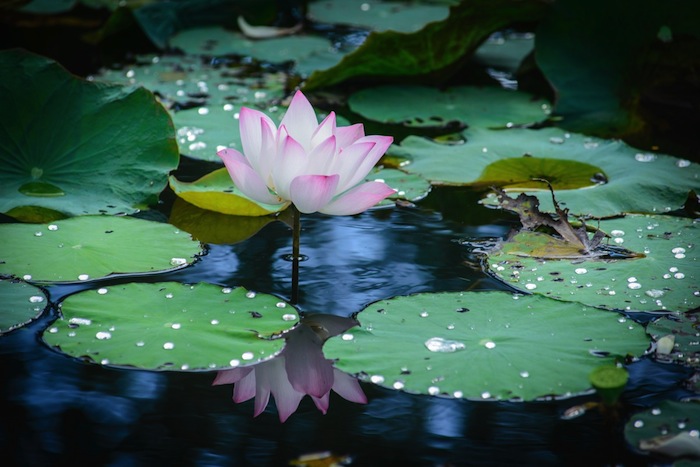 Attachment To Identity Can Be Violent

Excessive identification of ourselves according to race, gender, sexual orientation, dietary choice, political beliefs, etc, also tends to lead to division, as we then begin to see the people of the world as compartmentalised into these different categories, rather than as brothers and sisters of our shared humanity.

In the case of identity politics, it can be all too easy to pass judgment, and to take action based on that judgement which is not rational. Once one is in such a state of righteous indignation, any appeals to action, regardless of how violent or unhelpful such action may be, may well be followed. This can then be seen to lead to hugely violent acts, on an individual, community and state level (see for example 10).

To find ways to care for the Earth as well as seeing to our own needs it is necessary to remember that we are a part of the Earth; that our actions are influencing other beings within this interwoven tapestry which we call life.

As Chief Seathl reminded us,

Man did not weave the web of life, he is merely a strand in it. Whatever he does to the web, he does to himself.” (11)

Or as Rodney King put it,

to save the environment, you have to sacrifice, and that only comes from loving the land.” (12)

We can see that natural ecosystems benefit when we “Use and Value Diversity”(13). This is true also of any human society . As we find in a story from Ursula K LeGuin:

Life loves to know itself, out to its furthest limits; to embrace complexity is its delight. Our difference is our beauty.” (14)

To hold too closely to one’s identity could create vulnerability to manipulation by anyone who appeals to such an identity with a convincing enough story. For example, we can find in the narrative of the so-called ‘social justice’ movement of the USA in recent decades (which has spilled out into many other countries) a story which divides the world into ‘oppressors’ or ‘racists’ and ‘oppressed’ or ‘victims’(15). Anyone who identifies as a ‘victim’ within this narrative is then susceptible to all kinds of propaganda and can be persuaded to take all kinds of violent actions in the name of justice.(16, 17) Acceptance of the victim role also disempowers the individual and erodes freedom of thought and choice. (16, 17)

The Difference Between Peace-Keeping and Peace Building

In today’s world, the word ‘peace’ often has specific political meanings. The UN, for example, has ‘peace-keeping missions’ which are usually aimed at directing the way a society should operate, from an outside perspective, and encouraging a particular societal trend which includes infrastructural development and installation of a democratically elected government.(19, 20) This can be broadly seen as based on the idea that societies which follow values of individualism and democracy are less likely to encounter conflict.(21) This seems to echo the permaculture idea that an ecosystem can be stronger if each individual component is strong in itself.(22)

The agencies of the UN and international NGOs such as Amnesty International, the Red Cross, and many others do a lot of important work all over the world. However, there are some aspects of this work which can be seen as not peaceful at all, and even go against the cultivation of lasting, regenerative peace within communities. Firstly, the way in which many of these agencies work is through the model of charity. The work which they do would not be possible without donations, either from governments, companies or individuals.(19) This model is disempowering from the beginning as it has as its basic assumption the idea that helping others does not have value in and of itself.

It also means that such agencies must rely on advertising and marketing in order to make their cause seem attractive enough that people will actually donate to them. According to Conor Foley, a long-term humanitarian aid worker, this awareness-raising began becoming politicised during the Darfur crisis and the Yugoslavian civil war of the 1990s, wherein members of groups which had previously been specifically non-partisan (such as the Red Cross and Amnesty International) began taking a particular political side in order to obtain more publicity and funding.(19)  In this way you could say that the NGOs began engaging in identity politics, and thus taking a kind of moral high ground. This can be very dangerous if you are dealing with a conflict where people on both sides are being hurt, but you believe only one side is politically right. This partisanship also means that workers for NGOs and UN agencies have begun becoming direct targets of fighters on any side of the conflicts which they are supposed to be helping to end.(19)

Another aspect of this kind of identity politics is that those being helped will always be defined in some way as ‘victims’; people in need who would not able to solve their own problems and so must receive aid from others. This is disempowering to anyone in the conflict situations as well.

Then there is the question of whether you can really impose peace or freedom from the outside. In crisis situations, having an international network of aid workers can be very helpful to save lives in the immediate aftermath. But to then help with the reintegration of society requires an incredible amount of cross-cultural understanding, respect, compassion and patience. As John Paul Lederach points out, UN missions to implement, for example, democracy, always have a time-line at the end of which funding is stopped.(23) But healing is not something which you can put a time-limit on, and healing is the main thing which is required in a community which has undergone such trauma as conflict inevitably creates.(23)  We can read many tales of UN agency workers being drafted suddenly to a place they know little to nothing about, where they do not speak the language, and where they are expected to lead the community to peace (see for example 24). Is it really surprising, then, if the local people concerned do not trust the ‘peace-keepers’?(24)

“Peace cannot be kept by force. It can only be achieved by understanding.” (25)

Recognising this, we can see that ‘peace-keeping’ or attempting to impose peace from outside will always be questionable. So it is more effective in the long-term to strive towards achieving peace within ourselves and those communities we understand or are attempting to understand, as part of ‘peace-building’ or, as I like to put it, ‘peace-growing’.

To use the example of identity once more, on a general level we can see the problems which are created when individual humans identify themselves too closely with a particular emotion. In a conflict situation, or indeed, any situation of uncertainty (such as the current global changes we see being implemented apparently in response to the spread of the novel corona virus), a strong emotion which can often come up is that of fear. When fear is evoked using manipulative language then those who feel afraid may be very ready to take actions which they would usually abhor.

As Julia Chaitin, author of Peace-Building in Israel and Palestine wrote,

Fear is a drug that dulls our moral imagination and leads us into the arms of malign and destructive father figures who turn out to be clowns and thugs. This is true for us, the Palestinians, and for Israelis. We have both been deceived and manipulated.” (25)

Peace For You And Me

Use of imagination and showing others that you can think for yourself, and will not be drawn into their cycle, are very powerful ways to engage in peaceful practices at any level. But it usually takes concerted practice to be able to respond to violence through transcendent, peaceful means. This article has explored some general global trends which it seems it would be wise to transcend in order to achieve long-lasting peace. In the next and final part of the series, I will zoom in on the details of some ways I believe this can be put into practice, by anyone, anywhere.