In part 1 of this article series we looked at the similarities between peace and permaculture as holistic practices which can be engaged in by anyone. In part 2 we explored the idea that violence can be seen as a cycle, which, like cycles within human behaviour, can be transcended, through practising the art of forgiveness and through the use of imagination. In this part we will look more at imagination as an integral part of peace practice. We will explore the idea that true peace is only possible when it flourishes in our minds and hearts, and at how attachment to identity can lead to violent actions.

In order to do this we need to use imagination. Indeed, as I have quoted before, “[V]iolence is the behavior of someone incapable of imagining other solutions to the problem at hand”. (5, 6)

This idea can be seen as key to all peaceful strategies and, when put into practice, will tend to confuse those who are still embedded deep within the violent cycles. If someone is trying to intimidate you and you react, not with fear or hatred, but compassion and love, they will probably not know how to handle you. Even if they continue to act violent towards you, you have broken the cycle within yourself. This is why engaging in peace practices is a strategic art.

I have personal experience of attending peaceful direct actions in the UK where I was taught to say to police who were trying to force us to move, “I do not understand.” This deceptively simple sentence actually indicates that you refuse to “stand under” the authority of those attempting to intimidate you. It is perhaps not so much about the specific words as about showing those who are offering violence towards you that you have considered what you are doing and believe in your own abilities to choose what is right.

This is not to condone protest or demonstrations in general. Many protests or direct actions end up being violent in action even if they are planned, described or reported as ‘peaceful’. This year alone we have seen this, for example in the USA and UK(7, 8).  There are many reasons for this, not least the phenomenon of ‘mob psychology’ (9, 10).  This is the tendency of large groups of people gathered together to react to each others’ mood and act on an emotional, rather than rational, basis. If the mood is strongly negative, the actions may swiftly become out-of-control violent behaviour, justified by a general feeling of anger, grief or hatred. These actions may be conscious, from those members of the ‘mob’ who actually wish to behave violently taking advantage of the “distribution of responsibility”(10) from the anonymity of the crowd; or it could be unconscious reactions from those who get swept up in the dominant mood of the group. (9) 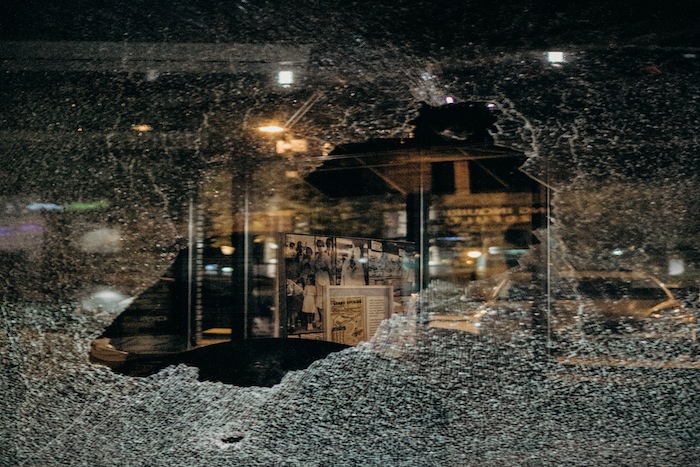 It has also been used by authorities to manipulate the ‘mob’ into mindless acts of violence, in order to justify harsh measures of retaliation from the police, army or government – such as the police tactic of ‘kettling’ (for example, used in the UK during the sometimes violent clashes of the G20 protests in London in 2009 where one man died, possibly as a result of police tactics) (11, 12, 13).

If you are in a large group of people who are demonstrating, you may think you are there for peaceful reasons, but if you have not received training in how to deal with mob psychology or police tactics then you are completely susceptible to the possibility of being swayed by group emotions such as fear, panic or rage. This is particularly true when the things being demanded of the authorities by the demonstration are negative. As psychologist CG Jung’s theories have often been summarised; “what you resist not only persists, but will grow in size.” (14)  For example, people joining an ‘anti-racist’ protest are much more likely to be persuaded to fight, and to attack those perceived as ‘racist’, than those engaged in a protest with clear positive goals for which to aim, and the protest therefore in itself strays from a peaceful practice.

In the course of practicing peace, if find yourself face-to-face with representatives of a societal system which condones violence, then continuing to act in a peaceful way is the only way to transcend the violence. For example, this kind of strategy was famously used in India in the 1930s (14, 15). During this peaceful resistance or ‘satyagraha’ movement we can find reports of people laughing, joking and singing on the way to jail (15).  This confused the police officers as their usual tactic is intimidation with the expected response of anger or fear. In India many of those jailed for advocating peaceful resistance organised a daily lecture in prison on the Baghavad Gita (one of the sacred texts of the Hindu religion), delivered by Gandhi’s friend Vinoba Bhave, which were so popular that the guards requested they join in to listen as well as the prisoners (16).  In such a case, we can see that the fear or despondency encouraged in prisoners was transcended and the time was instead used to explore spiritual ideas, which ended up creating connections between prisoners and guards alike.

From a permaculture perspective, it can be seen as perhaps a more efficient way of transcending the cycles of violence by avoiding (if you can) contact with representatives of violent authority structure altogether.

As we explored in part 1, violence can be seen not only in language or actions towards humans, but also in patterns of behaviour which are destructive to the environment. Transcending these cycles can be seen as just as important for the future of the planet as transcending those of violent language and physical violence. I imagine most of you are already transcending cycles of environmental destruction in your own way; from small actions such as bringing your own bag to buy groceries, to alternative lifestyle creation such as off-grid living.

Where is Our Collective Imagination?

As we explored in part 1, judgement is often unhelpful when trying to encourage peace. It may seem a simple thing to strive to have an open mind and not to judge others, particular for anyone who has grown up within a culture whose morals have been historically defined largely by the Christian religion; in which we find clearly “Do not judge, and you will not be judged. Do not condemn, and you will not be condemned. Forgive, and you will be forgiven.” (18)

In the past, such ethical values would have been upheld by the telling and re-telling of myths and stories to help people to make sense of life (19, 20, 21). In many modern societies, such coherent cultural narratives have largely dissolved(22). Whatever the reason for this, it seems this lack of a shared story represents a true crisis in our world today, and can lead to some very sinister beliefs and behaviours if we do not pay attention.

Violence as a Vacuum

Any society which cuts itself off from a reciprocal relationship with nature, and from a view of the universe which transcends so-called ordinary life, has created a hole within the human spirit (19, 20, 21). This is because, as many philosophers, comparative mythologists, physicists and psychologists have pointed out, humans appear to be, as it were, “hard-wired for religion” (23).  We can be seen as being naturally inclined to the revelatory nature of the world. If we do not connect to this through a mythology which makes sense to our conscious and subconscious minds, and which is in line with our societal values, then the urge for such a connection remains. In such a case, any ideology which is presented as offering at least some kind of sense of what is happening in the universe may be latched onto and followed.

According to psychologist JB Peterson, both CG Jung and philosopher Freidrich Nietzsche noted the potential dangers of such a vacuum of faith in human society and its potential to be filled by beliefs which could then be used to justify mass killing and repression, which did in fact happen in 20th century Europe in many cases(24). Oppressive regimes are controlled at a state level, but the oppression would not be possible without the complicity of those people living within the regimes, who in many cases take voluntarily to an ideology given to them, with relief and fervour, hoping it can fill the spiritual hole deep within them.

Use of imagination and showing others that you can think for yourself, and will not be drawn into their cycle, are very powerful ways to engage in peaceful practices at any level. But it usually takes concerted practice to be able to respond to violence through transcendent, peaceful means. Recognising that our culture may be lacking in key stories which can help us to live together peacefully can be one step towards this. Also important is the recognition of the violence of so-called ‘identity politics’, which I shall discuss, along with other issues, in the next part of this series.

Part 2 - The Role of the Grandmothers