I’m a huge fan of the herb garden right outside the kitchen door, as well as dotting herbs throughout vegetable beds. Aside from these plants being great companion plants for pest deterrence and pollination, many are perennial (rosemary, sage, oregano) and/or fantastic self-seeders (dill, cilantro). They provide wonderful flashes of colour and wafts of aroma. They are such powerful forces in the garden that they warrant inclusion by that alone.

But, the benefits don’t stop there: nothing provides flavour like fresh culinary herbs. A sprig of this, a pinch of that, and a dish can be completely transformed. Is there anything so fine as a golden roasted potato with flecks of rosemary? Has any pairing worked so splendidly as sage and stuffing? Could anything make a pickled cucumber delight the way dill does? We have these classics to turn to, but a dish here and there just isn’t going to keep up with a fully formed culinary herb garden, let alone the abundance of herbs in the veggie plot and food forest.

Of course, we don’t have to use every scrap of food growing as food, but the more we use our fresh herbs, the better off we’ll likely be. Most have a collection of medicinal attributes and health benefits that make them beyond just a valued part of a flavourful diet. While dried herbs are great and necessary, having a few recipes to use fresh herbs in bulk can be helpful, both for taking advantage of them as crops and as medicines.

When parsley gets going, it really gets going. We only have a couple of plants in our herb garden, but we’ve harvested mass quantities of it already this year, just getting to mid-summer. At one point in my life, I knew parsley only as the green garnish on the side of plates in restaurants. Now, however, I relish (somewhat literally) it as real food stuff.

Beyond tossing it in salads or including it generously as a burst of fresh over hot stuff, parsley is the heart and soul of two great dishes: chimichurri and tabbouleh. Chimichurri is an Argentina sauce with lots of fresh herbs, particularly parsley. It’s traditionally used on meat, but I—being vegan—love to spread it on toast or spoon a bit onto tofu scrambles. Tabbouleh (recipe video above) is a Middle Eastern salad with bulgur wheat, finely chopped fresh parsley, tomatoes, and other fresh herbs and vegetables.

Sage is amongst my favourite herbs. Stuffing is usually my duty for the holidays, and it’s the centre of my flavour profile. I also love to put it into gravy, with meaty mushrooms, and in “sausage” mixtures.  For this very reason, we keep a lot of dried sage in the spice pantry.

That said, one of my favourite uses of sage is tea. Putting a couple of fresh sage leaves into a cup of black (or green, I suppose) tea, or just by itself, provides an amazing new hot drink. If cups of tea number in the numerous, as they sometimes can in our home, that means quite a bit of sage.

Mint is one of those herbs that seem great in theory, and then, we struggle to find ways to incorporate it into our recipes. Besides tea and dessert garnish, what do we really use mint for? No doubt, it grows in abundance, more than many would like, but perhaps that’s because they don’t know what to do with it.

Aside from hot tea, mint is the maestro of fresh summertime drinks. It goes nicely in a glass of lemonade. It pairs well with cucumber to make a pitcher of water even more refreshing. Ice tea, yoghurt, and any kind of berry-based beverage can all benefit from some fresh mint. A sprig in a glass of whiskey also works around happy hour, and mojitos can satisfy that craving, too.

Amongst this herb list, perhaps no other has such immediate go-to uses as basil. Pesto is a classic, and it works well for all sorts of things. We also commonly make Caprese salads with fresh basil, add it to pizza, or serve it julienned over pasta.

But, for those hoping to do something a little different, basil meshes very well in frozen treats.

Strawberry and basil popsicles are easy and fun. Melon (watermelon works very well with basil) sorbet with fresh basil is another option, or basil ice cream is fantastic.

Thyme, once established, is a great ground-cover plant that happily occupies the edges of garden beds or peaks out from beneath trees, shrubs, or other herbs. It is commonly part of the Italian herb blend that exists in just about everyone’s spice cabinet, even those less inclined to cook. That said, where else do we really see thyme being used?

The only time that I’ve seen thyme being used in abundance is when my wife Emma and I lived in the Middle East. There was an herb and spice blend, za’atar, that was commonly used in conjunction with olive oil and fresh bread. Za’atar is the Arabic word for a type of wild thyme. The spice blend can then be used on all sorts of stuff, but it was lovely baked on flat bread.

I love to have rosemary in the garden. We are just the right side of its threshold to withstand winters, so it’s great to have some evergreens (along with sage and oregano) keeping the garden in colour. I use rosemary a lot with potatoes and in gravies, often paired with sage. Emma loves to decorate with sprigs of it around Christmas time.

A little bit of fresh rosemary goes a long way and one interesting method to stretch the flavour even further is to use it for infusions. Rosemary can help to spruce up vinegar or a bottle of olive oil. It also works really well for flavouring vodka. It’s a great herb for doing this because it’s tough enough to withstand the process without falling apart.

Aside from mint, oregano is perhaps the most abundant herb we have in the garden. We rooted a sprig from of it from a friend, and in less than a year, it has covered about a square meter worth of real estate. We rooted new sprigs from that, so oregano also grows along our fedge and has started establishing itself in the new food forest.

While pesto is technically a blend with basil, and I would say nothing to diminish basil’s status as the traditional pesto, oregano can make a fine substitute and/or companion. After all, what makes a pesto sauce so alluring is the wow factor of such strong herb flavour. If it’s oregano that’s in abundance, why not?

Cilantro has been another big-time victory in our gardens. It has gone mad and self-seeded itself all over the garden paths. What a tragedy! The trouble that we’ve run into is that cilantro is a very strong, very specific flavour that doesn’t fit with everything. It works wonderfully in salsa, of course, and it feels at home in Mexican and Indian fare. With that in mind, one good use for cilantro is to mix it with sour cream or yogurt to dollop atop a bowl of dal or in a burrito.

A fusion dish I love to use cilantro for is spring rolls. Rather than putting it into the rolls, I like to make the rolls with chard, kale, and hardy greens. Then, I wrap the hot spring rolls in a big lettuce leaf along with a mix of bright fresh herbs: cilantro, mint, basil, and chives. This gets them really tasting like spring. Rice can be rolled in the leaf the same way. It’s opportunity to play with food at the time, and that’s always fun.

Chives are a wonderful standby, and I like them sprinkled on just about anything savoury. Breakfast scrambles, a bowl of beans, fried rice, baked potatoes, pasta…whatever. They provide a wonderful flavour without being overpowering. In other words, it’s more a willingness to harvest them than a lack of ways to use them. Chives are definitely one of those herbs to cut and use right away.

Anyway, instead of thinking up some wicked way to make different use of chives, I’d rather mention that the flowers shouldn’t go to waste. The little purple flowers on chive plants work great in salads, adding colour and flavour. For that matter, I love to use the flowers from garlic plants, too.

Dill has recently become one of my favourite flavours. Fresh dill always makes it into my refrigerator pickles, and truly, when the cucumbers are coming in, they occupy a lot of the dill harvest. I also like adding dill to lentils. And, in lieu of rosemary, dill has a wonderful relationship with roasted potatoes or accenting oven-baked chips/French fries.

Another great way to use up dill is in salad dressings. It’s the primary herb in ranch dressing, great for dips to accompany veggie platters or buffalo wings. Dill also plays well with yoghurt for a killer dressing, especially when having some of the cucumbers fresh (not pickled). Plus, fresh dill can go in the run of the mill vinaigrette to add a stand-out zip.

Fresh herbs are a wonderful compliment to the garden, as well as all those dishes that garden vegetables help to make. I try to find a way to put fresh herbs into every meal from spring through to fall, and then, in the winter, that’s when I revert to the dried stuff. Fresh herbs just provide a completely different experience, one that feels appropriate vibrant and light for summertime fare. 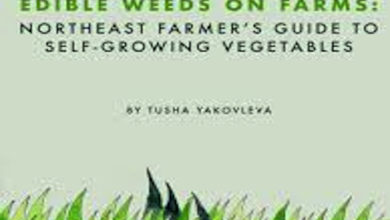