In the previous part of this Series we explored how the drive for more and more “golden eggs” in large scale industrial food production weakens the goose, whether the “goose” be a cow, a field or ecosystem, or a community.

In this article, we’ll explore how the industrialisation of food has resulted in food becoming a commodity rather than “something we share,” and how this cuts us off from the sources of our food and blinds us to the consequences of our buying habits.

We’ll also take a look at how industrial supermarket food prices get so low, and who really pays the price of that alluringly cheap food.

Do you ever scratch your head at how supermarket food prices get so low?

And why? Why, for example, would supermarkets sell milk for less than it costs to produce it?

Supermarkets need traffic. They need feet—lots and lots and lots of feet—tramping through the aisle’s day after day. If traffic dwindles, so does profit.

So, some products in the supermarket are there to make a profit (the sweets at the check-out counter and the soft drinks in the stands at the ends of the aisles—the two places that get the most traffic—have the highest profit margins).

And some products in the supermarket are just there to bring traffic.

In Australia, we like to have a cuppa tea, or coffee. And many of us take it with milk. We are also big breakfast cereal eaters, and you eat cereal, usually, with milk.

Milk goes off quickly (especially if it’s been pasteurized, but that’s another topic) so you have to buy it often, in small quantities.

Ta-dah! A way to get the traffic to the back of the supermarket!

But what about the loss on the milk sales?

No problem: those losses are recouped via the ability to shoulder smaller food sellers out of the market and monopolize the traffic and with truly enormous profit margins on cheaply manufactured fake-food.

Supermarkets are the end point of a vast global system[1] of industrial production, manufacturing, and marketing that now feeds most of the world’s population.

“The food industry is a complex, global collective of … businesses that supplies most of the food consumed by the world’s population.”

We’re going to finish this discussion with a brief, two-stage summary of how the Global Food Industry keeps food prices low on our supermarket shelves.

Stage one is to search the poorest countries in the world for subsistence farmers whose local food production includes the type of golden egg you want to sell.

Convince them that they should stop growing other foods and grow only this one, and buy it from them at the lowest possible price.

In the following quote I’ve paraphrased Charles’s Eisenstein’s words on how to do this:

“Disrupt local networks of reciprocity by introducing consumer items from outside the local economy.

Then when local food production has collapsed and the people are hungry, they will be needy enough to sell their golden eggs at rock bottom prices.”

Charles Eisenstein, The Ascent of Humanity

Stage two of the process is to ship the golden eggs from the poor farmers you have exploited, to the richest countries in the world and sell them there at a cheaper price than the locally produced equivalent.

Selling at a cheaper price than the locally produced equivalent is possible because the Global Food Industry:

Supermarket food only fills the stomach.  It cannot meet your needs for direct, visceral connection and interaction with the sources your food should be coming from: family, community, and nature.

In communities where procuring food in the company of friends and family makes a significant part of the day’s work, the line between work and play blurs and people live long[3] and happy[4] lives.

Can you put a price on that?

[1] This article explains how the Global Food Industry suppresses local food and greases the wheels of large monocultural producers and corporate processors and marketers, illustrating why industrially produced food shipped from the other side of the world is often cheaper than food from the farm next door.

[2] When it first opens in the middle of town, bringing super-low prices and a huge range of foods, the big new Woolworths, Coles, or Aldi Supermarket runs at a loss, supported by the rest of the nation-wide chain. Once customers are hooked and the small, locally owned supermarket has folded, then the large supermarket raises its prices, ready to help support the take-over of the small food seller in the next town.

[3] The “Blue Zones” are geographic regions that are home to the world’s longest-lived people. Among other things, the people in these areas are physically active, usually in the production of their own food, and live in very tight-knit communities – pretty much the opposite of those of us who rely on the Global Food Industry.

[4] Suicide is a leading cause of death among farmers caught up in the financial pressure and inherent disfunction associated with industrial food production, worldwide. If this is a new concept and you’d like to know more, you could start here, here, or here.

Cow/calf dairying at Smiling Tree Farm. An excellent series of 8 blog posts describing in detail the how and the why of keeping dairy calves with their mothers until natural weaning age.

Unlike a globalised food system local food won’t destroy the environment. This article explains how economic policies systematically promote large scale monocultural production over small scale, sustainable production models, and how this global low-cost sourcing and distribution of food enables large supermarket chains to consistently out-compete ethical food sellers on price. It also lists the social, environmental and economic costs of this bias, as well as the benefits of local food.

Localisation – a strategic alternative to globalised authoritarianism. After an introductory paragraph about the author’s worry over the political scene in the US, this article goes on to illustrate clearly what globalisation is and how it works. By Helena Norberg-Hodge, the creator of Economics of Happiness and writer of Ancient Futures: Lessons from Ladakh for a Globalising World.

Ascent of Humanity by Charles Eisenstein. A long, deep, multi-faceted exploration of how modern humans have come to be so separated from our food, nature, each other, and everything else, and ideas for healing the separation.

Kate writes at ARealGreenLife.com– an exploration into thinking differently and living a more natural, connected, and sustainable life. Download a free copy of “Ditching the Supermarket: Make a difference, save money, live better.” 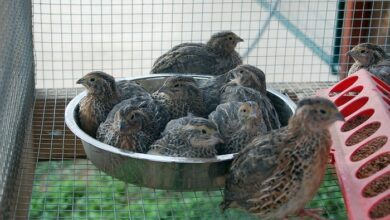 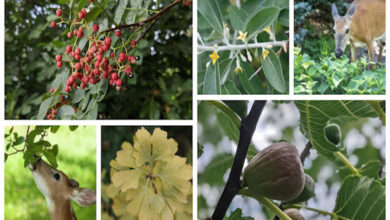