To be In Solidarity is to be in unity with your feelings AND actions for a common interest. We all want to be seen, heard, and respected. Those common generousities have not always been extended to black people, natives, or queer folks. Right now, Black people need the solidarity of every single person reading this caption and beyond. It’s time for us to come together for the greater good. Liberate one in order to liberate all. I’m so excited about this design because for the past year @teresabaker11 @kulacloth and I have been conspiring to create a fundraiser for good. It felt like the right time to bring this to life. With the sales of this Kula cloth we will attempt to raise over $20k to be distributed to a few non profits in the outdoors that are working hard to change the narrative of what it means to be a minority or underrepresented in the outdoors. More information on the organizations and the product release date soon. Thank you @teresabaker11 for always being a catalyst for good and thank you @kulacloth team for giving your resources and platform. For now feel free to share this Image (tag is for cred) to start conversations in your community or to make someone smile! #insolidarity #weareinthistogether #blacklivesmatter #icantbreathe #cometogether #speakup #naturelover #blackwithplants #blackartist #blackgirlmagic #fundraiser #diversifyoutdoors

“In a racist society, it is not enough to be non-racist, we must be antiracist.” says Angela Davis

Regardless of whether climate change was happening or not, dismantling racist and oppressive social structures is something we should all care about, something we all need to prioritise. For white privileged people like myself, it shouldn’t take the pointing out of how addressing racial inequalities is the only true way to start fixing our planet, because that implies that we only care about undoing racism when it affects us personally.

Everyone should care about racial inequality because it is unjust, unfair and oppressive. Those are the reasons we need to work to undo systems that put Black, Indigenous and People of Colour (BIPOC) at a disadvantage. We must educate, donate, support, protect, respect, and be active.

“If y’all could fix racism so I could focus on saving the planet, that would be great.” @ayanaeliza is a marine biologist and climate expert—go read her piece for the @washingtonpost (link in stories) and then follow her and her work! Reminder to check out our #RevolutionNow highlight for anti-racism resources and actionables, updated daily. #amplifymelanatedvoices

Ayana Elizabeth Johnson recently published an article on the subject of how ‘racism derails our efforts to save the planet’, where she pointed out that although “black Americans are disproportionately more likely than whites to be concerned about — and affected by — the climate crisis”, the fact that they are still fighting for their basic human rights leaves little time for full focus on environmental activism.

Structural racism, mass incarceration and state violence mean that campaigning for social justice comes at the top of the list for many black Americans who might otherwise be focusing their energies on the climate struggle:

“consider the discoveries not made, the books not written, the ecosystems not protected, the art not created, the gardens not tended.” says Ayana.

But it is not only lack of time to organise campaigns that make environmental problems difficult for people of colour, the effects of climate change are disproportionately concentrated in places where people of colour reside. This is no coincidence.

Nicole Anasis, who studies Environmental Geoscience and Environmental Studies at the University of Toronto recently delivered a TED-style talk, where she explained how marginalised communities are most likely to move into undesirable locations due to lower property value. Undesirable locations may be close to nuclear power plants, landfill sites, or in places not intentionally created for residents.

In those places residents experience a poorer quality of life – lack of public transport access means that people have to drive to and from where they live, they can’t easily walk or cycle around, and in many cases there is no local shop which means driving is necessary. As such, health is compromised as life may be more sedentary, as well as the danger of poor air quality that is common in these places.

As well as this, pipelines built on indigenous reserves damage communities there, lowering qualities of life and endangering homes. Conservation efforts from the United Nations’ program REDD (reducing emissions from deforestation and degradation) “essentially pays developing countries to reforest their forests”, which may have positive ecological impacts, but is hugely unfair on the communities who take that burden, despite being the problem’s antithesis in the first place.

If all lives were considered equal, we wouldn’t have an outsourcing of climate change solutions to developing countries, and have them be responsible for fixing climate change”

“If all lives were considered equal, we wouldn’t be so nonchalant about climate change.

In her article ‘Intersectional Environmentalism: Why Environmental Justice Is Essential For A Sustainable Future‘, Leah Thomas points out that “when striving to become better environmentalists, it’s also important to consider what communities are more likely to be exposed to the ramifications of climate change the fastest.”

Social justice cannot wait. It is not an optional “add-on” to environmentalism. It is unfair to opt in and out of caring about racial injustices when many of us cannot. These injustices are happening to our parents, our children, our family and our friends. I’m calling on the environmentalist community to stand in solidarity with the black lives matter movement and with Black, Indigenous + POC communities impacted daily by both social and environmental injustice. Please swipe to learn more about intersectional environmentalism and take the pledge. Here is a list of some of my favorite accounts I follow that raise awareness for intersectional environmentalism, please tag more in the comments!: @mikaelaloach @toritsui_ @jamie_s_margolin @queerbrownvegan @diandramarizet @wildginaa @aditimayer @naturechola @nativein_la @amaze_me_grace @she_colorsnature @switchbackshawty @bleavitt8 @badgal_brooky @teresabaker11 @ImKevinJPatel @Xiyebeara @lainetew @sophiakianni @xiuhtezcatl

“Globally poorer nations, that don’t have the infrastructure in place to protect themselves against natural disasters, are often the worst hit by climate change’s disastrous effects” say Ethical Unicorn in ‘Intersectionality Is Important For Environmental Activism Too’. Many countries closer to the equator also happen to be ‘developing’ countries, so when the global temperature increases, those countries are inevitably more affected.

Natural disasters statistically affect countries who are poorer more than others, and often they do not have the money or resources to mitigate those impacts. Changing weather patterns affects rainfall, thus endangering water supplies in places like Africa, for example.

As well as donating, educating yourself and others, and talking about the subject of racism, Nicole offers another option for how we can combat the severe effects of climate change on marginalised communities.

Where possible, living a more sustainable lifestyle lessens the damage of climate change by voluntarily negating to contribute to damaging systems.

It is of course important to recognise that sustainable living can also be a privilege for some – organic, local food is often more expensive, as well as sustainable clothing brands, living in nature and being able to eat from a garden or farm.

However, it is good to remember how our personal choices do make a difference.

You have to act as if it were possible to radically transform the world. And you have to do it all the time.

Other important ways to help are:

Invest time in educating yourself and others in anti-racism, have uncomfortable conversations with friends and family where inequality is discussed. Keep talking about the problems and the solutions.

Some good places to start:

Feminism is for Everybody – Bell Hooks

Natives: Race and Class in The Ruins of Empire – Akala

Center for Diversity & the Environment

Center on Race, Poverty & the Environment

Communities for a Better Environment

Dream Corps Green for All

You can even Donate With No Money.

Don’t support this cause just because it’s trending on twitter, in the news, or whatever. Anti-racism is an ongoing process.

“Revolution is not a one time event.” 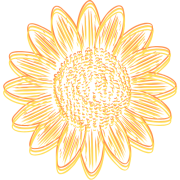 I live in Asturias, Northern Spain in a stone cabin where I grow my own food and live using permaculture principles. I'm interested in community permaculture and healing.