Sunchokes, also commonly called Jerusalem artichokes, are native to the Eastern United States, where my wife Emma and I have chosen to settle.  As we establish our gardens, it’s hard to ignore them. They check off on a lot of what we are after: perennials, low-maintenance, drought-tolerant, highly productive, disease-resistant, attractive to beneficial insects. These qualities can’t help but sound enticing for a permaculture garden.

But, for all those good qualities, there are warnings that come along with the sunchoke, articles devoted to pre-empting anyone planting or eating them. They are notoriously invasive and difficult to get rid of, able to spring anew next season from the tiniest remnant of tuber, and the fast-growing, two-meter giant, seemingly a biomass warrior, is also allelopathic.  As for consuming them, they contain a high level of inulin, an indigestible starch which has helped to give Jerusalem artichokes another name in some circles: fartichoke.

Therefore, as we contemplate our staple garden and the prospect of including a fixed bed of Jerusalem artichokes in it, well, there’s more to think about than we thought there might be.

Despite what the name suggests and the fact that both are perennial vegetables, Jerusalem artichokes (Helianthus tuberosus) are not related to globe artichokes (Cynara scolymus). The first is a type of sunflower and the second a thistle. With sunchokes, we harvest the tubers, with globe artichokes, we go for the flowers. However, their flavours are often considered comparable.

Sunchokes grow to be two or three meters tall, and they put out yellow flowers that are about five to eight centimetres across. The tops of the plants die off in the wintertime, but they return when temperatures begin to heat up in the spring. As a crop, they grow best in loose, acidic soil with good drainage, which makes them easier to harvest and prevents the tubers from rotting. That said, they are known to survive, in fact thrive, in lots of conditions, including compost bins.

For us, the reasons to grow sunchokes are plentiful. Some of the traits listed above—perennial, beneficial insects, and highly productive—are attributes we are always after, but beyond them, there are some notable reasons for us growing sunchokes, as well as reasons others might want to consider.

Due to the height of the plant, they can make fantastic summertime visual barriers. The part of our property that’s developed is fairly open to the road, so we are envisioning sunchokes as a potential privacy screen to our swimming area. In the summer, when we need it, it’ll be there, and otherwise, a view of the lovely dam is open to the road.

Other common functions from the Jerusalem artichoke include being a windbreak. And, the plants themselves, as well as the roots, are great fodder for barnyard animals. They might be the perfect thing to grow along the edges of a pig pen, stable, or chicken coop.

Why Not Plant Sunchokes?

Unfortunately, there are some reasons for not planting sunchokes, or as we’ve come to look at it, planting them cautiously, a good practice for anything, really. To the point, sunchokes have infamous qualities: They are voracious neighbours, happy to intrude on other plants’ space; they regenerate from small fragments, making them difficult to compost; and the leaves and stems carry a substance that inhibits the growth of other plants.

We are hoping that we’ve addressed these issues. In addition to providing a visual block for our swimming hole, the bed that we are considering planting them in is a little raised terrace, which means that they’ll have less likelihood of spreading into other garden beds. The only direction they could move is towards our dam wall, which is obviously highly compacted and hopefully will discourage that. We’ll also take precautions to block them from spreading that way (some underground scrap timbers and regular “mowing”).

As for the small fragments regenerating and the allelopathic substance, our plan is to simply chop and drop the sunchokes into their own bed. They’ll provide their own thick layer of mulch each year, and any bit that wants to regrow will be welcome to do so because the bed is dedicated to them. Despite these unattractive traits, they are listed as companion plants for corn, peanuts, and rhubarb. Additionally, I’ve seen it listed with some edible flowers and herbs we are interested in growing: borage, chicory, and chamomile, as well as daylily, lemon balm, and Joe-Pye Weed.

Sometimes identified as suntubers, sunchokes provide some challenges as a food, but they are not without their own good qualities, too. “Jerusalem artichokes” have become recognisable for their inclusion on fancy pants menus, and that can’t be without reason. Here’s what we are excited about, and what we’ve learned might be of concern.

First of all, sunchokes don’t store well. Though they are sometimes, used in place of potatoes, such as with chips (as in crisps) or mash, they don’t winter over quite the same. They’ll store no more than a couple of weeks in the fridge; however, they do keep in the ground. So, they can be dug in the early winter if their garden bed is mulched over well. And, of course, there is the inulin to think about: sunchokes don’t agree with everyone’s stomach. We’ll just have to see.

On the positive side of things, despite the potato similarities, sunchokes can be eaten raw, and they are reminiscent of water chestnuts, one of Emma’s favourites. They can be sliced or diced, soaked in a little lemon water to keep the color, and served on salads. Or, like water chestnuts, they feature well when added at the end of stir-fries. Otherwise, it’s common to roast them, mash them, and puree them into soup.

Good in Every Plant

While many people would worry about introducing sunchokes into their garden, we find it hard to ignore all the good attributes (of it and many other plants). Often, as with many “invasive” weeds, it’s only a matter of how we look at plants and treat them that determines their worth: Dandelions are highly nutritious, chickweed is a fine addition to dishes, and purslane is the Omega-3 plant champion.

Common nitrogen-fixers, like Albizia julibrissin (mimosa trees) and Elaeagnus angustifolia (Russian olive), are often despised because they can be so prolific, but a permaculture designer sees the fertiliser, chop-and-drop mulch, edible qualities, and more. If we plant them to harvest this goodness, they aren’t a bane at all. They are a benefit with plenty of functionality to a monitored landscape.

Hopefully, sunchokes will be something similar. Though quick to take over a garden bed and inhibit some plants from growing, they are also good for distracting aphids, attracting beneficial insects, providing some food, and so on. We just have to treat them like they are sunchokes, and that may just give us what we want and them a bed in which to thrive. Here goes. 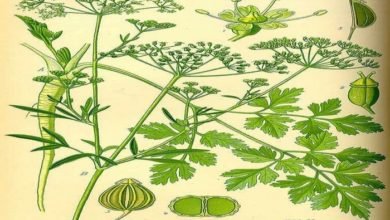 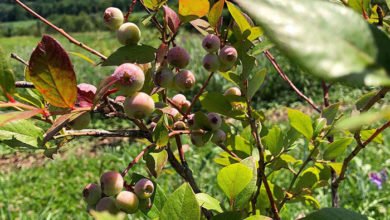