Last weekend, I was working on an assignment for another website about ways to repurpose plastic bottles. It was an article not unlike ones I’d done before: 10 Reasons You Should Reuse Newspapers, 10 Creative DIY Crafts for Old Drawers, 7 DIY Projects for Rusty Roofing Tin, etc. I’ve been writing articles about environmental woes and potential solutions, particularly on a personal level, for some time now.

I like to think that the original intent of such articles was along the lines of using what we’ve got rather than buying another product in order to do a task an old tin can, a jar, or a wine bottle can do. In other words, there’s no need to buy a plastic container to hold screws when there’s a can or jar around, no need to buy biodegradable plant pots when newspapers can be rolled into the same thing without factories or shipping or new resources consumed. Things like that felt right to me. They seemed practical.

Over time, however, the issues have morphed from where they were when I started to an entirely different problem. The rise of responsible packaging and green labelling has made consumers feel warm and fuzzy inside while more or less creating the same waste.

“Compostable” plastics aren’t, in fact, practically compostable; terms like “degradable” fool folks into think they are doing something good; and “recyclable” can be put on just about any packaging and is not a solution. In short, commercialism caught on.

With this change, the articles began to have a different tone, constant reminders that reducing waste was the most important factor in this effort. Recycling isn’t “sustainable”, nor is bio-plastic made from monoculture corn production or any disposable product for that matter. In essence, the point is to not buy a bunch of stuff that creates “green” garbage and do our best to make use of the garbage we do create as products, ourselves, of the current systems.

In other words, repurposing crafts are not a solution for what’s flooding our waste stream. Our time and energy could be much better spent if we just avoided the packaging as much as possible. In fact, environmentally speaking, our efforts would be better spent with the act of avoiding the packaging instead of figuring out what to do with it. Repurposing is good when garbage exists, but that’s not to say it’s reason to create garbage to repurpose. 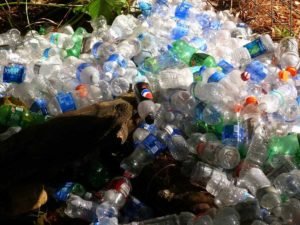 “Botella + Basura” by Luis Pérez is licensed under CC BY 2.0

That’s when the whole thing got to me

Having pitched creating a long list of projects for repurposing plastic bottles, I found myself in a moral quandary: I didn’t believe this kind of effort would make any difference whatsoever. The average American accounts for 13 plastic water bottles a month, before even considering how many bottles of soda, lemonade, ice tea, milk, juice, and whatever else. With that kind of consumption, the entire house would soon be filled with so many plastic bottle decorative containers, jewelry stands, and jet pack costumes that there would be no room left to live (a sort of painful analogy for the planet in the age of plastic).

So, the list drastically shortened into things I deemed useful and that would consume large quantities of plastic bottles. An NGO in Guatemala, Hug It Forward, was collecting plastic bottles, stuffing them with inorganic material, and using them to build schools and community centres. Similar construction was happening in many other places in the world, too. A New Zealander living in Fiji (and many others around the world) had built boats from bottles, as well as other buoyant structures like floating islands and piers. Hey, if they are going to last for hundreds of years, floating around in oceans, why not harness that power?

Aside from being practical (more so than a plastic bottle Christmas tree), what I liked about these projects were that they could repurpose hundreds and thousands of plastic bottles at a time. I looked for other projects that could do that.

And, people have built greenhouses out of plastic bottles. An artist built a beautiful parking canopy (perhaps a stretch on practicality) out of 1500-plus suspended plastic bottles with dyed water in them. A school had built a vertical garden wall out of plastic bottles, which of course is limited because, for those worried about chemical leaching from PET plastic, eating food grown in PET bottles probably doesn’t jive. Nevertheless, gardens have more uses than providing food for people.

Even if we consider these projects viable solutions for some of the trash we’ve already created, the inescapable point to be made here is that they aren’t an invitation to continually add to the problem.

Sure, as permaculturalists we are looking for the problem to be the solution and these types of projects might provide some of that ilk, but the point is not to irrepressibly exacerbate the problem. In other words, if we consider Mollison’s famous snail problem-duck shortage scenario, presumably the solution would not include intentionally bringing more snails into the garden once the ducks have eradicated the ones that were there in the first place.

As I write this now, Geoff Lawton’s take on earthship houses (look at the comments on this post as Geoff agrees “with everything Robert is saying”) built from old tyres, reverberates in my mind. Despite it being a means of repurposing old tyres, the fact of the matter is that building with them often is unduly labour intensive, as well as energy intensive when all of the concrete, plaster, and steel reinforcement is accounted for. Have the bottle brick structures done anything better? Sure, they can hide our sanitary misdeed in the walls of a school or community centre, an amazing feat, but are they sending the right message?

In other words, just because we can do something with garbage doesn’t mean it’s necessarily the most ecologically friendly solution. I wouldn’t want the use of bottles and inorganic trash for building schools (or floating islands or greenhouses) to inspire or excuse more creation of said trash. Furthermore, the concrete used to frame and cover the bottle walls is the most planet-destroying building material we have.

The problem is complex

Obviously, the problem is complex, as we have to account for the trash we already have, but in doing so, we can’t worsen other environmental issues. That’s not to say these building methods couldn’t be improved upon or improve the current situation, only that they aren’t a solution but another veil over the real concerns.

Our plastic solutions have become our plastic problems. Instead of avoiding plastic bottles, industry has recreated plastic’s image to make it more digestible for consumers but not really the planet. Instead of saying we have to stop buying plastic bottles at all costs, we come up with long lists of kitschy crafts for repurposing them.

While it’s now easy and somewhat counter-productive to point all of this out and cry foul, sometimes perhaps it’s good for us to have a reminder of what the ideal is rather than the problem-riddled solution. It is entirely possible, and not even so challenging, to live without plastic drink bottles. The world is truly much better off when we avoid them, with no need for repurposing, be it a plastic bottle coin purse requiring the bottom of two bottles or a plastic bottle greenhouse using several thousand bottles.

The pressing issue, then, becomes how to eradicate the further accumulation of plastic bottles in the waste cycle, and unfortunately, neither ducks nor bottle boats are going to solve this one. Only we can. 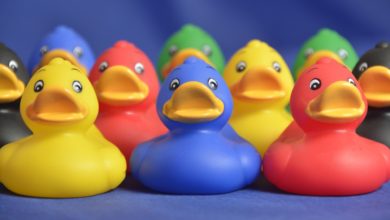 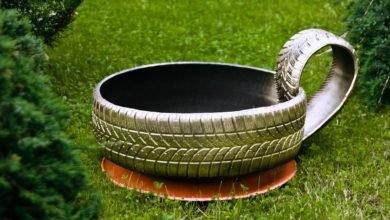 Finding Value in Waste: A Permaculture Approach to the Excesses of Consumer Civilisation 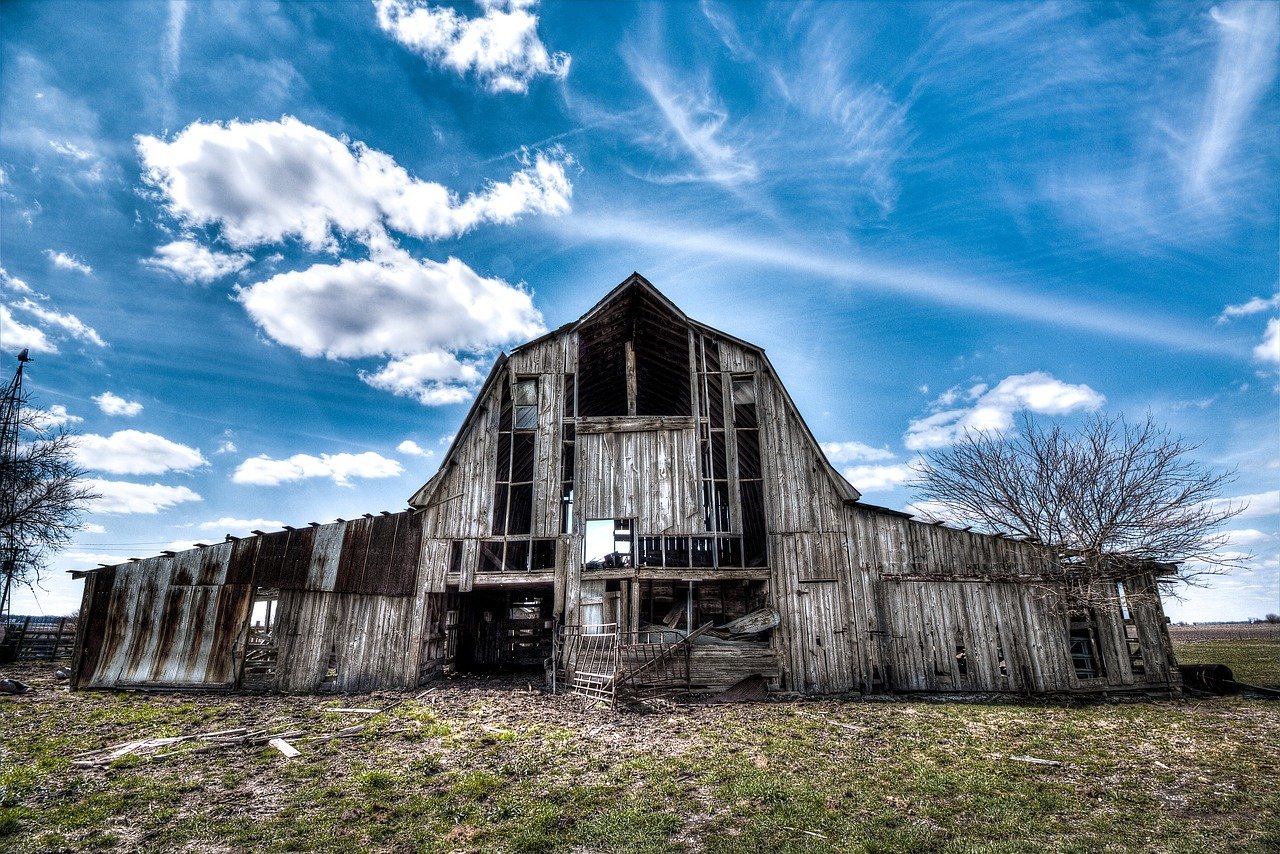