I dream of growing grains, of being so far down the line in establishing a kitchen garden, a vegetable garden, a food forest, that time can be allocated to developing a system for handling the cereal part of the food supply. Well, let me put that differently: I aspire to get to that project one day, and from time to time, I do catch myself daydreaming and wondering just how it’ll work. Today, this morning, is one of those times.

Now, the truth of the situation, at least from what I deduced, is that producing fruits and vegetables and adopting a diet centered around them is more proximately realistic than growing my own wheat or rice. In large part, I’m on my way. The vegetable garden produced well over the summer such that the pantry has a nice stock of relishes, stewed items, and pickles, and the freezer is stuffed with bags of green beans, okra, and pesto ice cubes. We foraged serious quantities of wild mushrooms and persimmons. We have a box of sweet potatoes and another of autumn squashes. With some tweaks and natural growths (in area), those gardens will be there to provide substenance. With our new property finally purchased, fruit trees and berry bushes will hopefully start this spring. In other words, I can truly visualize how this side of things will get going. It won’t end the way I see it now, but the general direction is real.

Home-scale grain systems, however, elude me. Other than growing some amaranth this year, what amounted to about a pound of dried seed, I have no real experience with producing grain. This result only confirmed why I’ve often considered steering largely clear of growing grain, knowing that potatoes and sweet potatoes are going to work to provide more food poundage for the space. But, I can’t get around the fact that I grew up in Louisiana, where rice appears on the dinner table often. From there, I start to imagine other grains: barley, corn (for meal, i.e. tortillas), and oats. Suddenly, the idea grows to be more and more exciting. 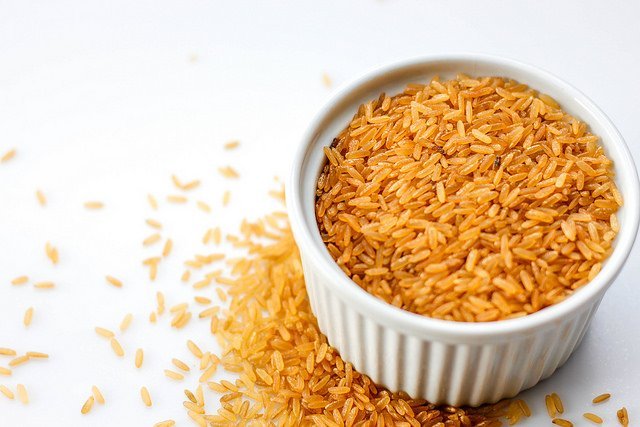 When my wife Emma and I first moved to North Carolina, we checked out a killer book from the library: The Resilient Farm and Homestead by Ben Falk. One of the many exciting parts of it was that Ben was growing his entire supply of rice in paddies in Vermont. I’d always thought of rice as something for hot, wet spaces like Louisiana and Belize (we almost bought a place there a few years ago). Obviously, that is not the case. Not at all.

Falk started by experimenting with growing rice in buckets, and from that, he produced the seed necessary to plant rice paddies that he made on contour on his “sloping land with very poor soils”. He was producing food by the second year. He has constructed five small paddies that are gravity-fed water from a holding pond a little higher in the landscape. In those paddies, he produces about 125 pounds of rice a year!

We might not be able to have quite so much of our space devoted to paddies, but I’m really keen to try it. Our property has enough slope to work with gravity, and our frost-free season is much longer than Vermont’s. We can probably manage a good one or two paddies about the size of Ben’s, and that’s a lot of rice for two people.

I’m also interested in trying paddy-grown “wild” rice in this area. Wild rice (genus Zizania) actually has a very distant cousin-twice-removed sort of relationship with rice (genus Oryza). But, it likes marshy soil and tolerates cold climates: It grows natively in the Great Lakes region of the US. Why not try both? Maybe one will work for us. Maybe both will work for us. 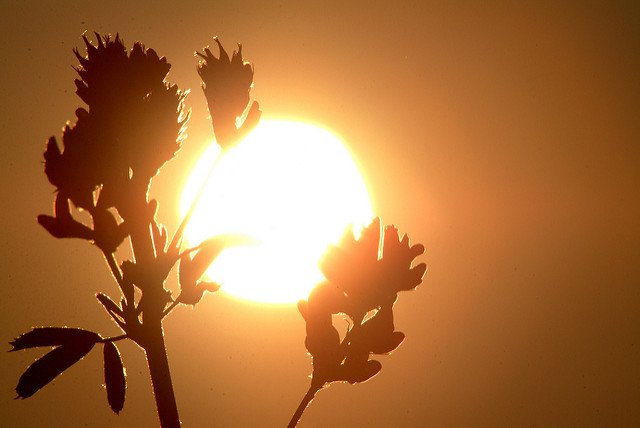 Though these are completely different grains, I’ve been high on the idea of growing them because they are cool-weather grains, and I think that might help us time them in a rotation with our staple crop beds. My notion is that the oats and barley could be planted in September/October and survive the cold. Our winters are mild enough that we shouldn’t kill either via temperature, with oats tolerant to 5F (-15C) and barley even colder. In the 18 months we’ve been here now, the temperature, even in the worst cold spells, has never been that low. The straw left from that could be used to mulch the beds afterwards.

We have eaten oats for breakfast for years now, usually adding whatever fruits and seeds are locally available, as well as jams, nut butters, and dried fruits such as raisins or currants. We also include oats in our baking recipes and as a binder for vegan burgers and sausages. I’m hoping that it can be planted in late summer for a spring harvest, but it’s more likely—it seems—that early spring plantings can be companioned with cold-weather legumes, and the dead stalks can be left in place to become mulch. I’ve also found out that there are hulless varieties of oats that are easier to deal with after harvest.

Barley is relatively new to our diet, but we’ve really taken to it. We eat a lot of bean and pea soups, and barley goes wonderful with field peas or in stews. It thickens the stock nicely and adds a chewier texture than other grains tend to do. Research has also told me that barley doesn’t want much for water, and fall is considered the dry season here in North Carolina. So, it could potentially be a perfect fit, and barley has a short growing season that might work for a winter harvest. Apparently 200 square feet can equate 40 pounds of grain harvested. There are also hulless varieties of barley.

These two grains are first on my radar for experimentation, rotating them with the corn (that other grain), beans, and squash of summer gardens. 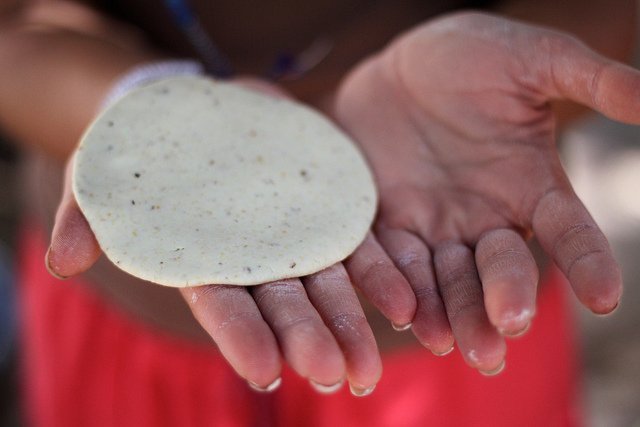 Frankly, other than the rice (Fukuoka rotated rice with winter barley, and soy beans are common in the mix as well), the fever for summer grains—save corn—hasn’t caught me much. Instead, I’m envisioning plenty of legumes, squash, potatoes, and sweet potatoes in those garden spaces. These are bulky items that can fill our stomachs, and we’d eat them regularly anyway.

That said, some summer grains (or, technically, pseudo-grains/pseudo-cereals) are definitely in line for experimentation with smaller scale aspirations. Amaranth will get a second try for sure. Even without very high production, the flowers are beautiful, the leaves are edible, and the seeds are particularly nutritious. Similarly, I’d like try quinoa, which germinates in cooler weather and doesn’t like it really hot (At the moment, we are near the limit, so this one might not be available much longer). I’m hoping an early spring planting might provide some success.

From my reading, and despite my limited experience using it, buckwheat (actually a fruit seed) sounds like a really promising “grain” as well. It produces quickly, is beloved as an easy-growing grain, and is pest/disease-resistant. Plus, it performs well in acidic soils, which we have. Nutritionally, it has marks for high protein and amino acids. I’ve only ever had it in flour form, which does make good pancakes (and apparently bread), but that’s mixed with a large percentage of wheat flour. In other words, it could be supplementary in those domains. However, buckwheat groats sound promising as another substantive grain option. 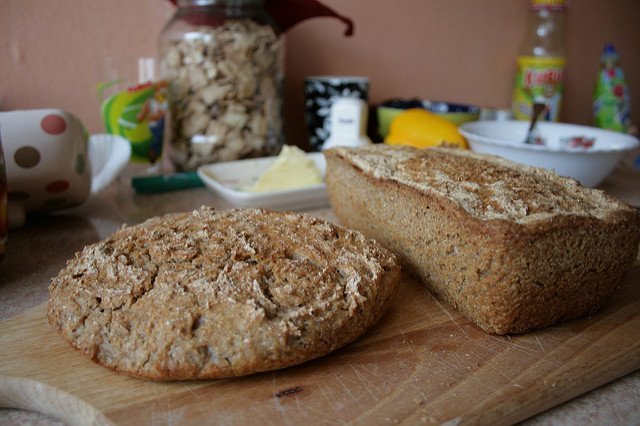 Surely there will be more grains (and more obstacles) to consider along the way. In researching for this article, I stumbled upon to highly recommended books: Gene Logsdon’s Small Scale Grain Raisingand Jack Lazor’s The Organic Grain Grower. What I know for sure is that, with a little willingness to diversify our grain/carb intake more evenly, we could potentially get ourselves down to wheat being our only outsourced grain. But, I don’t think either one of us is prepared to give up—at least not completely—homemade sourdough bread just yet. One step at a time.