The Greening the Desert Project started with the purchase of land about ten years ago, and it expanded slowly until that mounted into exponential growth. Things started at the top, literally, with a large water tank that feeds a shower/toilet block just downhill. The toilets are dry composting, supplying fertilizer for plants on site, and the greywater from the showers and sinks goes to a nearby reed bed. The reed bed, still high in the landscape, is then able to send gravity-fed irrigation to many trees throughout the site. It’s all used onsite for beneficial biological cleaning. 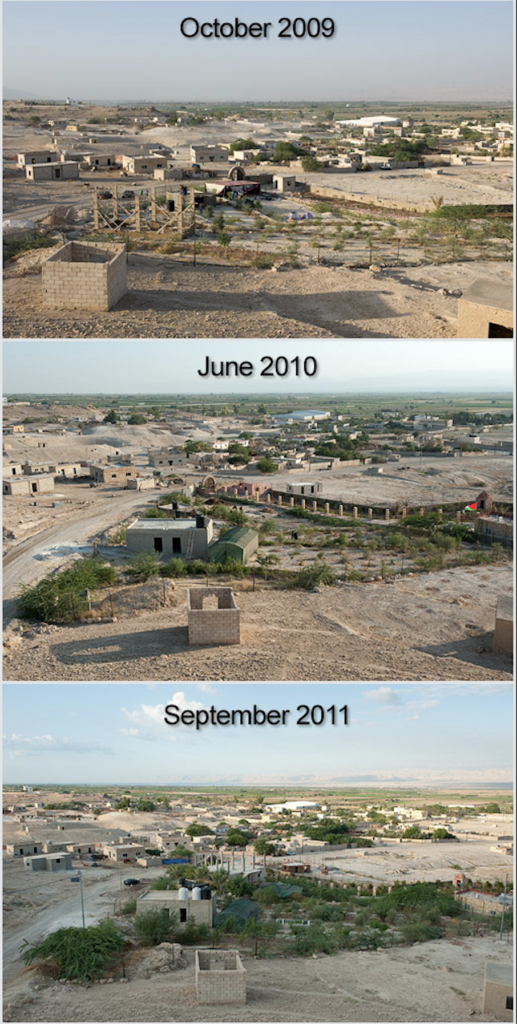 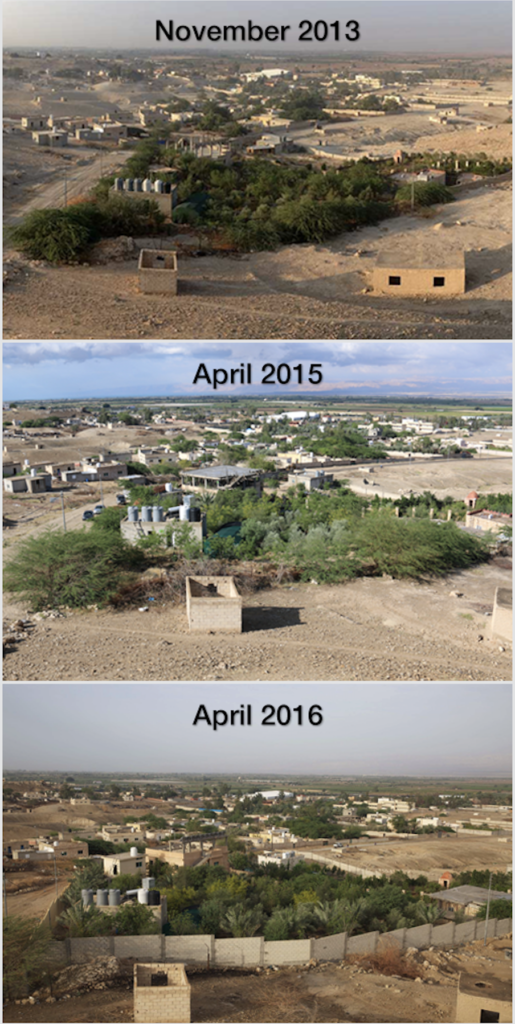 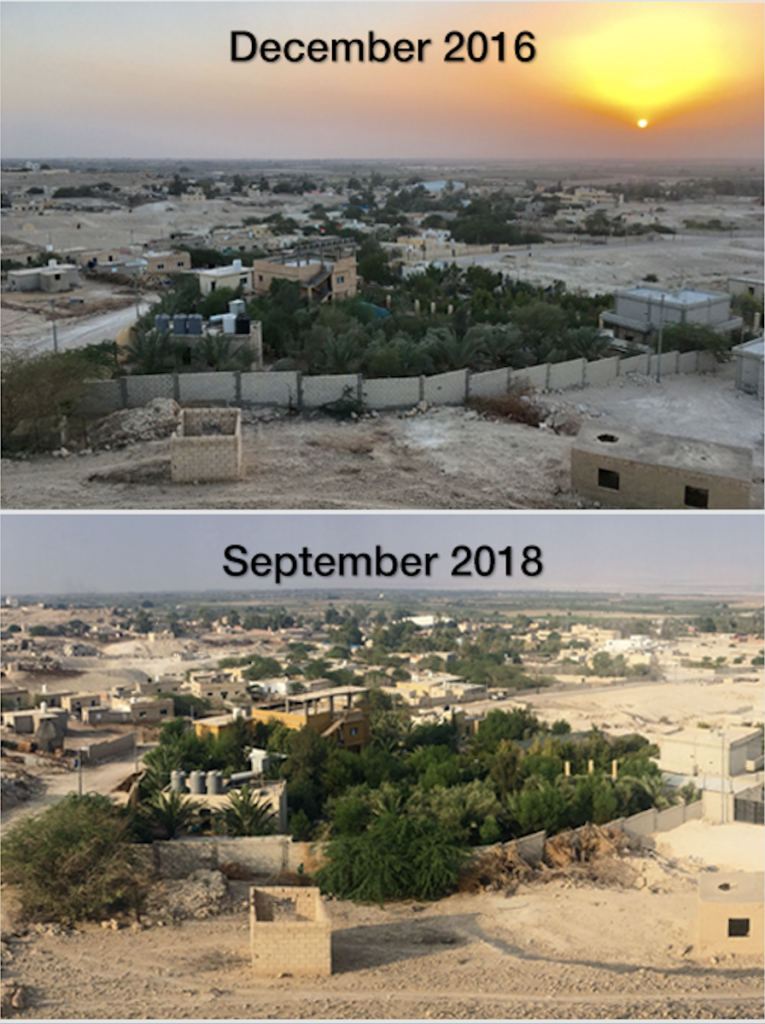 The food forest with stone walls and earth-backed swales moves through the landscape to rabbit and chicken houses, which combine manures in a system that creates a cubic meter of compost every five weeks. That goes to the main crop garden, a shade-covered kitchen garden. The surplus fertilizer (compost) goes to food forest trees and the nursery. The runoff from the nursery goes through to the kitchen garden. The accommodation building has an office, a classroom, and eight bedrooms. It’s two stories high and made with earth brick and straw bale. The roof has a beautiful garden made up of wicking beds.

The project started in 2008, and the association working on it was created in 2011. Jordan is hot and arid, so the systems applied help with water conservation. At the same time, they save money by not relying on chemicals and, instead, utilizing natural process. While chemicals seem beneficial at the offset, they ultimately kill the soil and destroy fertility.

The current farm manager, Hayel Abu Yahia, took the PDC course with Geoff in 2013 and has been working on the project ever since, setting up wicking beds and teaching organic techniques. The project also works with local schools, and from there, it has been instrumental in setting up gardens at students’ homes. The  project’s crew are working with 20 families and five schools, helping them establish systems similar to those on the farm. The surrounding community is adopting some of the practices.

Mayson Aledwan, Director of Al Kafreen Secondary School for Girls, says her school’s land was unsuitable for agriculture. They had tried to grow plant several times but had quickly failed. Working with the Greening the Desert Project, the school learned agriculture was available and all of the students could participate. The association created ponds and taught the students how to cultivate them. The students worked with citrus trees. The wicking beds, greywater systems from kitchens, and organic compost from waste were all techniques that taught them to manage resources well.

Sh. Hassan Elsetohy celebrates that the MAA has been supporting the Greening the Desert Project for over five years. During this time, the project has expanded greatly, and the results have equated to food abundance in the desert. MAA is an ethical, trust-fund charity focused on wise sustainable development projects.

Naima Ahmed is a housewife and permaculture teacher, and having a garden has had a huge impact on here. Rather than relying on markets, she can go to the garden to choose what she needs and eat what she grows. One of the problems Naima and many other gardeners face is space limitations, and because permaculture techniques can assemble gardens in small spaces, more people in the community are now adopting them, particularly the wicking bed system.

Yaman Amro, a permaculture graduate, notes that this site is quite different because it is maintained by locals and nearby families. It’s expanding to schools and other families and communal gardens where people can learn about permaculture and food resilience, including producing their own products and living off the land. There are many contributors as well, and Muslim Aid Australia (MAA) is a major one.

Now that Greening the Desert is expanding out through the schools, villages, and towns, the hope is that the project will be replicated in locations throughout Jordan and the region.

Jackie Scott, a permaculture graduate, was so excited about the project that she has included it in her programs. Young kids have their own gardens, raising the nutrition and diet of their families and are selling produce. In ten days, Jackie completed the course and went from knowing nothing about growing her own food to having a garden from which she eats daily. She is also teaching. She recommends everyone do a PDC course.

Hello Humanity, it's me, Technology. We need to talk. 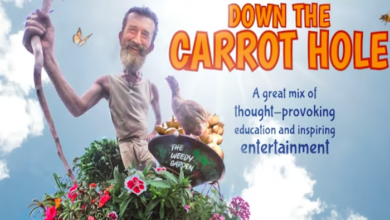 Down the Carrot Hole

August 9, 2022
PRI Newsletter
Get the latest permaculture news stories straight in your inbox