Even before permaculture vernacular had become commonplace to us, my wife Emma and I were active in our pursuit of living more in keeping with how we wanted to treat the planet, its animals, and our fellow humans. We were already ardent boycotters, believers in fair wages, in animal rights, in corporate responsibility. We signed petitions. We were vegans who mostly cooked from scratch. We even shopped locally, utilizing farmers’ markets and small businesses.

Otherwise, we spent modestly. We felt comfortable in a one-room house with a single-digit appliance list. We bought secondhand clothing, more for the socially ethical implications, but nonetheless saved serious cash doing so. We patched that clothing when it got holes. We traveled on public transportation. Our computer, bags, tents, and whatever else all came used. As much as it saved us money, it was the principle that we were after: We didn’t want to waste the planet’s resources or create more trash when it wasn’t necessary.

To us, even if these decisions on their own didn’t effect a greater change, they kept us honest and accountable for our own choices. Permaculture has only further inspired us along this path, pushing the effort further as we learn or become more capable. One of the common misconceptions, I think, about living with these kinds of limitations is that it comes from a place of sacrifice, but for us, it hasn’t been. These options (or lack thereof) are what feels right and, ultimately, exactly what we want.

After nearly a dozen years of backpacking, usually in less developed places, Emma and I have just moved to the United States, where I’m from. While certain conveniences—bulk bins, thrift stores, and local microbrews—excited us about the move, by and large, settling in an advanced industrial nation filled us with fear. Suddenly, our options weren’t simply what was available at the market, and it seemed the assumption was that we’d adopt the cellular culture and cubicle careers and get on with how we—by birthright—were meant to live.

We, however, were coming for a different reason, though one that was no less blessed by the mere fact that I was born in Louisiana: The US now seemed our best chance to have a small homestead of our own, to live the way we wanted to, and to be in better contact with our families. In reality, we were actively planning, plotting, and pondering how to avoid becoming involved with full-time jobs, bank loans, and an overabundance of gadgetry. I don’t know if this reluctance makes us unique (there are others), but in many circles, it has made us somewhat of a novelty and sometimes, it seems, objects of pity.

I’m often left wondering how to express that just because something might seem nice doesn’t mean I need or even want it and, in fact, I could afford it if I did. How does one unpretentiously say I’m not buying new shoes because there are plenty of old ones that’ll do just fine and keep my dollars out of sweatshops and transpacific shipping? More so, how does one say such things without being pompous and accusatory to someone who does buy another pair of Nikes each season? While somewhere inside me I wish everyone took a similar approach to consumption, it takes enough energy—in the midst of aggressive marketing—to keep myself on the straight and narrow.

Defending such life choices is not a new concept to me. I’ve been vegan for several years, vegetarian for many more, and people have often taken that as prompt to talk to me about bacon, as If realizing how good it tastes (I wasn’t born vegan) was the deciding factor. I don’t want it because killing pigs on my behalf bothers me. Does it really need to be said that most vegans aren’t making the choice on a “how it tastes” basis? Obviously, it’s not my place to decide what others do in that regard (Well, I do actively write against factory farming and industrial agriculture), but for me, not eating pigs is an easy endeavor, not a sacrifice.

The real challenge of making these choices has been having them respected. I’ve never felt the need to individually attack people about what they eat, how they dress, or why they Tweet. In truth, I don’t even actively try to convince any one person to change, but I have spent a lot of time writing about sustainable and vegan (two separate things) lifestyles, working to help, hopefully occasionally inspire, those who want to make those choices on their own. Unfortunately, the most challenging part isn’t doing without something but having to do so within the social confines of others who don’t necessarily feel the same.

Unlike veganism, I think anti-consumerist sentiments aren’t quite so infuriating to those who don’t share them. (Call it capitalism and that might be a different story, but that’s for another time.) The interesting thing is that people pretend to not understand what a vegan can eat, but they’ll usually attempt to respect the choice. A friend or relative won’t buy a known vegan nephew a steak or a tub of ice cream (at least not more than once), proof that the tenants are understood on a basic level. But, when it comes to other stuff, those lines aren’t as well defined for either side, and things get complicated.

If someone tried to give me a piece of sausage, then I’d politely explain I was vegan and wouldn’t eat it. That’s that. The offer was appreciated, but alas, this is the situation. Thanks. At the worst, there might be a bit of mockery. But, what am I supposed to do when someone gives me a gift from Walmart? I don’t necessarily feel less passionately about not wanting to support Walmart, but because that is less socially accepted than self-imposed eating restrictions, it comes off much more abrupt. In fact, to my own chagrin, I’ve mostly accepted without protest.

The fact of the matter is that, when people give (or even try to, in the case of the sausage), it generally comes from the heart, and that generosity is honestly appreciated. However, to what point are we allowed to uphold our own morals, and at what point does upholding social standards become more relevant than our own? I don’t know the right answer for this, but I know that, more often than not, it’s been my own standards that have buckled. It’s a pretty privileged position to be in: having moral objections to where gifts come from. Nevertheless, that is the position in which I now find myself.

Suddenly, in a world of low-priced junk, discount box stores, and free-flowing money, more and more often I find myself on the receiving end of a plastic gag gift or a package of something I wouldn’t normally buy, eat, or use. It’s all out of good fun or from a good place, but as someone who goes to extremes to avoid using plastic bags, buying from multi-national conglomerates, supporting GMO-sourced products, and boycotting various other things, it tears away at my soul. With the holiday season upon us, what am I supposed to do?

Here I am, back in the States, dealing with a whole new set of first-world problems.

The Problems with Corporations and Phantom Wealth

Do People Really Care about the Environment? 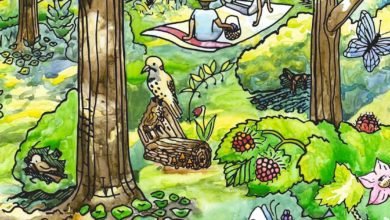 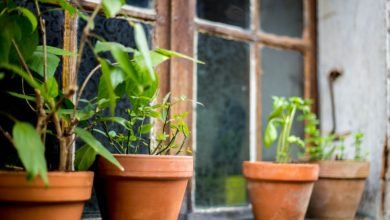 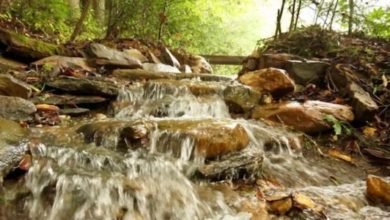 Yet Another Explanation of What Exactly Permaculture Is