Since the onset of the Industrial Revolution, it has been fairly easy to fall into the mindset of monoculture. The lure of big machines offering us power and control; making our lives easier in some senses, but more complicated in others; has led us into an all-encompassing embrace of the mindset and paradigm that made the modern-day world possible.

For thousands of years, we collectively labored away at a lifestyle that was completely vulnerable to the elements of nature. Months of hard work growing the crops we needed to survive could be wiped out in one fell swoop by an extended drought or an unmanageable pest problem. A simple bacterial infection could lead to death and citywide plagues were a common occurrence.

When the Industrial Revolution rolled around, we began to find that our vulnerability could be reduced through trusting in a paradigm that promised to control the natural world and direct it for our own use. All we had to do was trust that the masters of capital and wealth would continue to find ways to keep us on the path of progress and growth.

While the spoils of that growth have hardly been fairly shared and distributed, the vast majority of us have come to believe wholeheartedly in the industrial-capitalist growth paradigm which has reached every corner of the globe. From downtown Manhattan to the tiniest villages in Malawi, many of us have come to believe that the only viable path forward is through embracing a worldview and lifestyle that originated in Europe and has reached its most powerful manifestations in the United States.

Having access to antibiotics and the internet might be considered universally as beneficial and good, but we rarely pause to consider what comes alongside these apparent advantages. The arrival of Penicillin and Google to the furthest reaches of the globe have also brought Shakira, Walmart, and Monsanto as well. The Western civilizational paradigm is by nature broad, large-scale and all-inclusive. Very rarely do communities and cultures around the world have the freedom to autonomously decide what aspects of western civilization will be incorporated into their lifestyles and livelihoods. More commonly it´s a “my way or the highway” imposition of economic, political, and social norms.

Helena Norberg-Hodge is the author of the book “Ancient Futures” which looks at how the imposition of foreign, Western norms has negatively affected the culture and lifestyle of the Ladakh people of Central Asia. According to Norberg-Hodge, “the old (Ladakh) culture reflected fundamental human needs while respecting natural limits. And it worked. It worked for nature, and it worked for people. The various connecting relationships in the traditional system were mutually reinforcing, encouraging harmony and stability.”

As the western monocultural mindset began to replace that harmonious cultural paradigm that had been worked and reworked over thousands of years of continued existence in one place, the Ladakh cultural fundamentally changed. By our western, capitalist instruments of measure, the Ladakh people were “richer” monetarily. However, the introduction into the monetary economy also brought a host of other problems that upset the stability of the community and ecosystem.

Industrial-capitalist globalization requires our full allegiance and as more and more people have been convinced and forced into accepting that paradigm, our world has lost the richness of epistemological diversity. The mindset of monoculture has effectively robbed us of thousands of different ways of seeing and understanding the world and our place in it.

According to the Indian author Vandana Shiva “we’ve moved from wisdom to knowledge, and now we’re moving from knowledge to information, and that information is so partial – that we’re creating incomplete human beings.” The loss of our cultural and epistemological diversity to the Western monocultural mindset is as much a threat to our continued existence as is climate change or any other of the numerous perils we collectively face.

The Way We Grow our Food Today

Nowhere is this mindset of monoculture more evident and clearly seen than in what we eat and how we produce the foods that nourish us. Only sixty years ago, small farmers around the world produced thousands of diverse crops from heirloom seeds handed down over generations. Traditional agricultural methods that sought to preserve the continued fertility of the places where they lived were implemented with great care.

While droughts and excessive rains did cause famines from time to time, people overall were well fed and lived lives of decent subsistence. As our world´s population began to geometrically increase starting about 200 years ago, however, the burgeoning capitalist/industrialist class began to try to convince us that the only way to feed the world was through dependence on an agricultural system that sought to maximize productivity through the use of massive amounts of synthetic fertilizers and pesticides.

At first, the Green Revolution did bring a surprising increase in agricultural production. The fertile fields that had been cared for by generations of traditional agricultural practices accepted the abuse of the synthetic inputs offered by agro-corporations. The influx of added nutrients through chemical fertilizers increased yields. Herbicides and pesticides made it easier for small farmers to control the weeds and pests that for centuries had been manually controlled.

But all was not as good as it seemed. As small farmers began to depend completely on the new inputs and technologies offered by the mega agro-corporations, they also simultaneously abandoned those traditional practices that maintained the fertility of their lands. Instead of diversified farms for subsistence and local markets, more and more farms began to grow monocultures of crops that the global commodity market deemed as the most important. 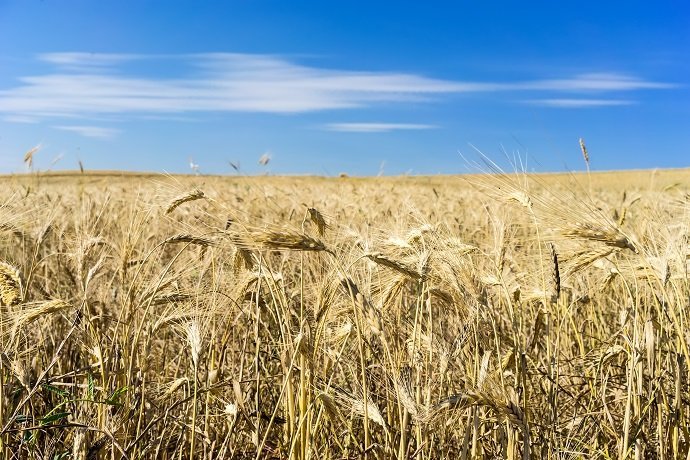 Corn, soy, wheat, and rice now make up the vast majority of crops grown around the world. To grow these monocultures for any sort of profit requires small farmers to become bigger. Instead of farming 40 acres, you now needed 5,000 acres and huge machinery such as combines and tractors. Traditional knowledge was lost as was the fertility of the fields. Topsoil today is washed away with every rain as the hypoxic “dead” zone in the Gulf of Mexico continues to grow. Small farms with diversified production gave way to massive monocultures of genetically modified crops grown with the “help” of GPS controlled combines and tons of agrochemicals.

There are a whole host of dangers associated with monocultures. The annual tilling of the soil for nutrient hungry crops has pretty much decimated the life of the soil that brings natural fertility. Synthetic, oil-based fertilizers now give offer the basic nutrients that plants need to grow, though the lack of the various micronutrients provided by healthy soil has led to nutrient deficient crops. When oil becomes scarcer, we will collectively face the challenge of how to provide fertility to our depleted soils in order to feed our growing population.

Nature has no monocultures. If you look around a natural ecosystem, you will find a diversity of plants growing together in one place. Each plant serves a particular function in that ecosystem together with the fungi, insects, animals, etc. A greater diversity allows for more resilience within the ecosystem itself. “Don´t put all your eggs in one basket” is a piece of wisdom you probably heard from your grandmother when you were younger. With industrialized monoculture agriculture, not only have we placed all our eggs in one basket, but we´ve also placed that basket of eggs at the very edge of the table where any unexpected movement will surely cause them to fall.

By going against the patterns of nature that design for diversity, we have effectively accentuated our vulnerability. The concentration of one type of plant in large proportions invites disaster. Whereas diversity allows for natural predators to control one another, monocultures allow for a proliferation of troublesome pests and plagues that can ruin crops. Industrial agriculture has “solved” that problem by continually inventing stronger and stronger pesticides, fungicides, and every imaginable type of poison to try and control the natural world. Genetically modified crops have genes from certain types of bacteria spliced into them to keep those crops safe from certain types of disease.

Though it may comfort us to believe that agro-scientists are being successful in their quest to control the natural world, the reality is that for every problem they “solve”, two more problems arise. The natural world simply does not tolerate monocultures and will do all it can to reverse back to diversity.

After 60 or so years of the Green Revolution, it is becoming ever clearer that the promises of abundance and control of nature are not unraveling the way we hoped. Our soils are less fertile, our crops are ever more vulnerable to pests and disease, and we have lost countless numbers of heirloom genetic material. One would think that these problems would lead us into seeking out a new path on how to grow our food. But when faced with an increasing vulnerability, unfortunately, our tendency has been to bunker down and continue to blindly believe in the promises of the agro-giants that control the food and farming industries.

Recently, Monsanto and Bayer, two of the largest agro-chemical corporations in the world, merged together in a 66 billion dollar deal to form a massive company that effectively controls a huge part of our agricultural future. Monsanto is best known for its production of genetically modified seed while Bayer is a specialist in agro-chemicals including pesticides, fungicides, and synthetic fertilizers. Together, they will effectively dominate the agricultural industry and through their lobbying efforts continue to make sure that agricultural policies continue to benefit their pockets.

Once the merger is completed, only three companies will own 60% of the seed sold around the world and 64% of all pesticides. Is it really a safe and sane idea to entrust our future to a company that was a Nazi contractor (Bayer) or a company that manufactured Agent Orange (Monsanto)?

The Problems with Corporations and Phantom Wealth