One of the most unsustainable aspects of our current civilization is related to how we deal with our own waste. For thousands of years, agrarian civilizations have understood that the fertility that one takes from the land in the form of crops, must be returned to the land in a similar manner. Both animal and human wastes have been used by indigenous and peasant cultures to maintain the sacred balance of fertility that ensures future abundance.

In the Mayan Highlands of Guatemala, small farmers raise herds of goats and sheep on communal pasture land, not so much for their meat, milk, or wool, but rather to harvest their poop as a fertilizer source for the bean and corn fields that sustain their families. In China, the infamous “night soil”, which was nothing more than human feces carted from the cities into the rural areas, was placed on top of rice fields (at night, to help avoid the initial smell) in order to maintain the long term fertility of the fields that provided, year in and year out, the most important food staple of most Asian cultures.

Today, however, most of us have no idea where our waste goes once we flush it down the toilet. If the municipal sewer system were to become non-functioning, many people would have no idea what to do when Mother Nature comes calling. We´ve become so accustomed to indoor plumbing and flush toilets, that if some sort of catastrophe were to occur, millions of people would be incapable of dealing with the most basic hygienic practice of getting rid of feces.

Defecating in precious drinking water isn´t exactly a smart idea. Besides losing billions of gallons of water each year, pooping in water is akin to throwing money down the drain. Human urine and feces could provide needed nutrients for small farmers if correctly composted, thus helping farmers to lessen their dependence on unsustainable, oil-based fertilizers that cause damage to the soil food web.

Furthermore, flush toilets can cause hygienic problems as anyone who has had to deal with a stressed septic tank will know. Putting feces and urine into water or burying it under ten feet of dirt leads to anaerobic decomposition conditions. Anaerobic decomposition doesn´t only stink to high heaven, but it is also a breeding ground for a number of dangerous pathogens.

The Use of Composting Toilets

Composting toilets have been around for hundreds of years. As we mentioned above, the Chinese have been using human waste to maintain the fertility of their fields for thousands of years. Today, there are dozens of models for quality composting toilets that are safe and sanitary. The basic idea is to combine our waste which is of high nitrogen content with some sort of brown organic material that has high carbon content. The combination of high nitrogen and high carbon content (ideally attempting to shoot for 80% carbon and 20% nitrogen) leads to aerobic decomposition that is healthy, safe and leads to quality humus. Dried leaves, sawdust, or chopped up hay bales make great brown material for a composting toilet system. 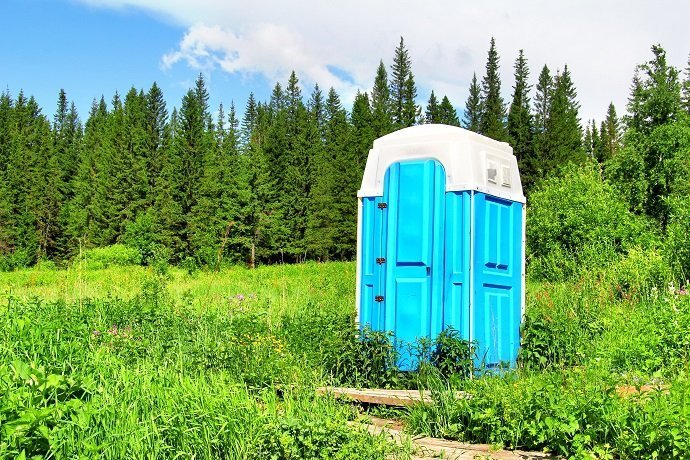 When our high nitrogen waste is mixed with the high carbon content of brown organic material, thermophilic composting ensues. Thermophilic simply means that as microorganisms begin to break down the material, temperatures higher than 160 degrees Fahrenheit are achieved. This temperature ensures that all harmful pathogens will be killed off leaving a dark, fertile soil that can be used safely to fertilize fruit trees or flower beds.

While there are now several different commercial composting toilet designs on the market today, you can also easily construct your own composting toilet to save on expenses and design a system that is best for your situation. The simplest composting toilet system is to simply go to the bathroom in a five-gallon bucket and cover your waste with a handful of brown organic material after each use. Once the bucket is filled up, you can take it to a compost bin where you again cover the material with an extra layer of brown material. This “humanure” system is used by thousands of people worldwide and offers an easy, simple, and efficient way to deal with your waste. After several months of decomposing in the compost pile, your “humanure” will be safe to use as a fertilizer for fruit trees or flower beds.

If the idea of having to move your waste on a weekly basis isn´t appealing to you, building a larger two compartment composting toilet system is another option. Cinder blocks are used to build a fairly large compartment or “tank” that is divided into two sections. On top of the tank, two toilets are installed. One of the toilets is sealed off while the first section of the tank is slowly filled up. After each “use”, you´ll need to deposit a couple of handfuls of brown organic material in the same way as with the bucket system.

Through the use of a composting toilet system, you will minimize the amount of potable water your family uses thus allowing it to be destined for other purposes. At the same time, you will be safely and hygienically getting rid of the potential pathogens associated with human waste and creating fertile compost for your agricultural use.

Benefits and Barriers to Framing Traceability in Industrial Farms

How to Make Instant Garden Beds 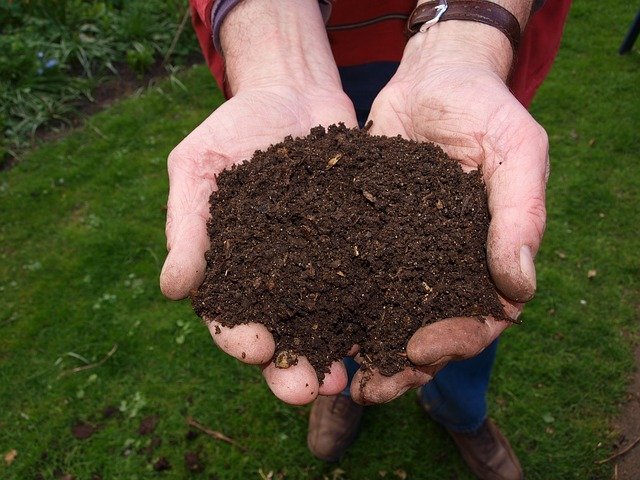