We have led several natural building workshops over the years, mostly focusing on building with cob. Usually, a pattern related to people´s energy levels and enthusiasm becomes apparent. The first day, people are excited and anxious to take their shoes off and start getting muddy. They want to cut the “theory” part short in order to get straight to the praxis of building with earth. After a day or two of mixing cob by foot and working it onto the wall by hand, that original excitement usually begins to give way to monotony and fatigue. Progress on the wall slows and most participants are content to let the “theory” part of the workshop drag on for as long as I´m willing to talk.

By the third or fourth day, the inevitable questions regarding other (supposedly more efficient) ways to mix cob begin to surface. When the course finally ends, those participants who are seriously considering wanting to build their own home, usually leave with notes to check on prices for renting a tractor or concrete mixing machine to replace their own hands and feet. }

The Question of Machines

Many prominent permaculture teachers advocate for the use of heavy machinery like bulldozers, Bobcats, and backhoes. Where I live in Central America, big tractors, and other heavy machinery are equated with mega-projects like mining, hydro dams, and industrial monocultures like the massive sugar cane plantations that dot the entire Pacific Coast of Central America. Farming tools are pretty much limited to a hoe, a machete, and strong back. My own farm is located at the bottom of an almost vertical hill that makes getting big machines to our farm close to impossible.

Furthermore, it´s necessary to accept and affirm that the use of big machines is also a sign of privilege that most small farmers simply cannot afford. The cost of renting a Bobcat in my small village here in Central America is about $40 an hour. Most farmers make an average of $100 a month. Very few people would be willing to spend what they would make in 4-5 months just to rent a Bobcat to build a pond or a swale that they could build with a little sweat, a pickaxe, and a shovel.

Lastly, a major question I have regarding the use of machines is whether or not their speed and massive power allow us to truly understand and appreciate the effects of the decisions we make on the landscape. While the process of observation and permaculture design certainly can allow us to perceive and discern what the land might allow in a certain place, my own experience has shown me that there is a proper scale and pace to the work we do. The slowness of work and the limited scope of human power usually allow the careful observer to notice the negative effects of a certain decision before they grow into a larger and perhaps more permanent problem. With machines, not only do we magnify the power of how we affect the landscape, but we also aren´t necessarily able to sense the effects of those changes because of the speed with which the transformation of the landscape occurs.

All this isn´t to say that there aren´t times when I wish I could have had the benefit of a large machine on my farm. Earlier this year I was excavating dirt for the site of a cob cabin we were planning to build. The process of digging away dozens of cubic meters of dirt took several days of back breaking work when a small Bobcat could have done the same work in a couple of hours. The fact that dirt is so hard to move by hand should be taken as a sign that Nature doesn´t want us, humans, excavating dirt, whether through plowing our fields or flattening landscapes. 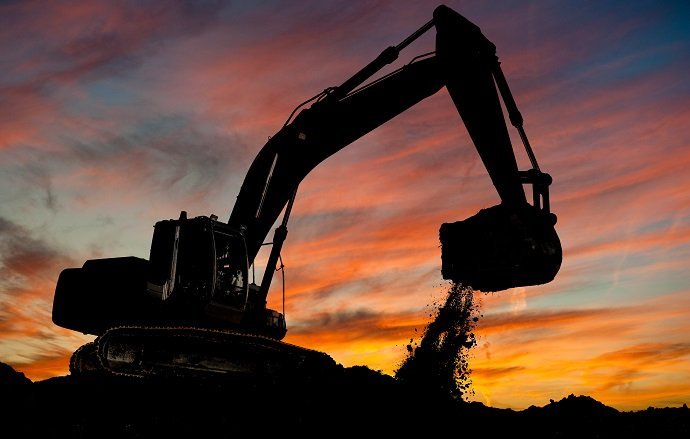 Nonetheless, you can´t build a home on a sloped piece of land nor without excavating to get to the hard subsoil where your foundation will rest, and for those jobs, machines might very well be preferable. Also, when I see photos of large farms such as Sepp Holzer´s in Austria or Mark Sheppard´s in Wisconsin that have been shaped by the work of bulldozers and tractors building swales, terraces, ponds, and other massive earthworks, I do see a place for machinery in large scale permaculture farming operations.

My frustration with managing an acre large peach orchard also sheds light on whether machines are always the best option. The 100 peach trees on our farm are located on a steep hill where mowers simply weren´t feasible. For the first year of managing the orchard, every month I´d dedicate two days to using the machete to hand mow the entire orchard once the weeds began to climb up the branches of the trees. After a year of this, my back told me that some other solution needed to be found.

In Central America, scythes were never part of the agrarian heritage and I don´t think I´d know how to use one on the steep slopes of our farm. Alas, I invested in a weed eater, and for the next year and a half used that machine once a month to clean up the orchard in about 4-5 hours of relatively easy labor.

Machines break, however, and after several, expensive replacement parts were called for, my family and I decided to invest the money in a flock of 6 geese. For the same cost of the replacement parts of the weed eater, we purchased the geese, built them a small shelter, and set them loose in the orchard which we fenced off in sections with electronet fencing. Several months later we´ve found that the biological control of weeding the peach orchard was not only more efficient than both the machete and the weed eater, but the massive geese eggs we enjoy once a month for breakfast are an added perk that weed eaters can´t offer.

The Mayan Ixil people of northern Guatemala have a different sort of outlook on large and imposing tasks. Instead of looking for ways to minimize the human labor, they choose to maximize the number of hands working on any given project.

The traditional Mayan value of “xula” can roughly be translated as “shared work.” Each day of work that you offer to me obliges me to offer you a day of my work. Clearing a field for a corn harvest by hand could take one person several weeks to do. When 10 neighbors chip in, however, the task is done by nightfall while not having to depend on large machines or any sort of technology. The Mayan Ixil remind us that in many cases, community coherence is a way to lessen our dependence on machines.

The Cost of Food Insecurity