Bugs are inevitably a part of growing things. While most of the bugs out there are good for the soil and good for your plants, there are plenty of pests that will drive you crazy while you try to salvage a tomato crop ravaged by white flies or a peach harvest destroyed by aphids. Conventional agriculture since the times of the Green Revolution has taken advantage of the distress that pests cause to farmers to market hundreds of different chemical pesticides that promise to help you win the battle against nature.

The problem, of course, is that this is a battle that simply cannot be won. As research has continually shown, the use of pesticides has essentially done nothing more than increase problems with pests as they´ve upset the natural balance where predator insects maintain a relatively decent control of problematic bugs. While the target “bad” bug might be killed off by the initial application of a certain chemical pesticide, so will several other species of insects, bacteria, fungi, and other essential parts of the soil and farm ecosystem. This loss of natural predatory controls and the disruption of the greater balance almost leads to increased pest problems in the future.

So what can be done when your tomatoes are filling up with worms and your peaches are covered in aphids? Below we look at three different strategies to deal with pest problems in an ecological way.

For thousands of years, indigenous populations around the world have known of different plant species that have certain properties to repel different bugs and pests. In Central America, the seeds and leaves of the Neem tree are fermented in buckets of water by small farmers who then apply this fermented Neem extract to their corn and bean crops affected by certain bugs.

In the Mayan Highlands of Guatemala where hot peppers form as essential part of every meal, the core and seeds of the peppers are often saved by families to similarly ferment in water. This spicy mixture is then mixed with small amounts of soap (as an adherent) and sprayed on the leaves of tomatoes and other vegetable crops affected by pest breakouts. Organic farm and garden suppliers also market a number of different organic pesticides that vary in strength and effectiveness. Products made from rotenone and pyrethrum can be so strong that they kill off other non-target species as well.

While organic pesticides certainly can be effective for certain pests, they are usually more adept at treating smaller areas such as a garden near you home. Trying to make enough of your own garlic and onion foliar to keep the aphids off of the hundreds of trees in your apple orchard is quite a tall task. 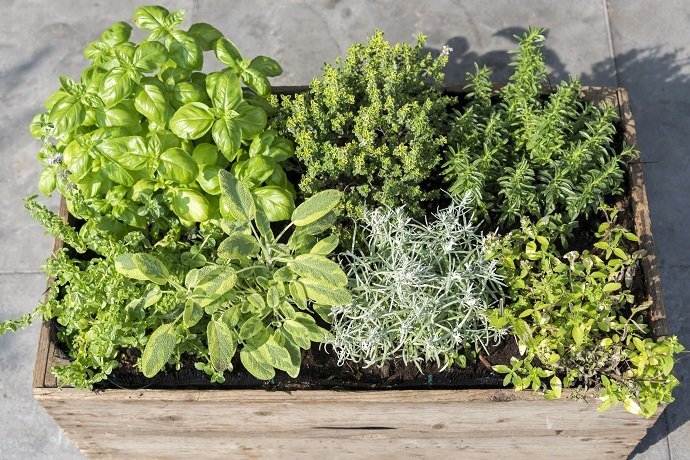 Another way to tackle certain pest problems is with biological controls, essentially adding live creatures to a certain environment in order to regulate an excess of a certain type of pest. This can be done by either physically introducing the biological control species into a part of your land or through creating conditions to attract these creatures naturally.

To control excessive aphid populations that have the ability to absolutely decimate fruit orchard production, one could spray some sort of heavy duty chemical pesticide. This, however, would most likely kill off several species of parasitic wasps that are the natural predators of aphids. A better, biological control method would be to plant several types of umbel flowers throughout your orchard. These could include dill, parsley, Queen Anne´s Lace, and others. The large flower heads will attract the parasitic wasps into your orchard where they can they feast on the abundant aphids eating your peaches.

Another example of biological control would be purchasing certain species of nematodes to spray on areas of your land affected by excessive populations of white grubs. The nematodes are a natural predator of these June bug larvae, but since they most likely wouldn´t arrive naturally to the affected areas, human intervention is necessary.

Decide What to Plant

Lastly, allowing the land itself to tell you what can be planted in a certain area is another important (though unfortunately much less used) strategy to combat bugs and pests. A number of years ago I tried to plant a crop of potatoes in an abandoned area of my farm. After relentlessly fighting the wireworms and flea beetles (and eventually losing), I decided to abandon my potato project.

I still wanted to grow my own tubers, however, so I purchased Taro root seedlings, planted them in the same area, and found that they grew marvelously with absolutely no problems with pests. I am currently experimenting with other tubers including mashua (from the Andes) and Jerusalem artichoke (a perennial tuber species).

Learning to accept your failures and let the natural world tell you what can and cannot be grown in a certain place is perhaps the best strategy for dealing with pests on your farm.

A Simple Solar Light to Light Up Your Life