More and more people in today’s world are beginning to realize that the old adage: “You are what you eat” to be true. The industrialization of our food industry has led to a number of serious health problems including the skyrocketing of heart disease, diabetes, and obesity.

As people begin to wake up to the negative health effects of eating highly processed foods, they are also finding that there is an abundance of options for healthy, wholesome eating. Raw apple cider vinegar has long been used as a folk remedy for a number of health issues. Today, science is confirming what local communities have known for centuries: that a little bit of apple cider vinegar in your diet goes a long way.

What is Apple Cider Vinegar?

Apple cider vinegar is a type of vinegar that is made from apple cider or apple must. When the juices from apples are extracted either with the help of an apple cider press or through letting the apples sit in water, wild yeasts colonize the juices and begin to turn the sugars in the apples into alcohol. In older, agrarian times, hard apple cider was usually made during the fall time as a way to take advantage of a bumper apple crop that couldn’t be stored for too long.

Etymologically, the word vinegar comes from the two French words “vin” and “agre”. When placed together, this simply means “sour wine.” If you have ever left a bottle of opened wine sitting on a table for a few days, you most likely have tasted the action of these acetic acid bacteria that have begun the process of turning your wine into vinegar.

Apple cider vinegar has also been shown to have strong antibacterial properties. This might be due to its acidity. Since many germs can’t survive in high acid environments, taking a tablespoon of apple cider vinegar per day in a glass of water can help to kill off harmful bacteria that could be causing stomach issues. 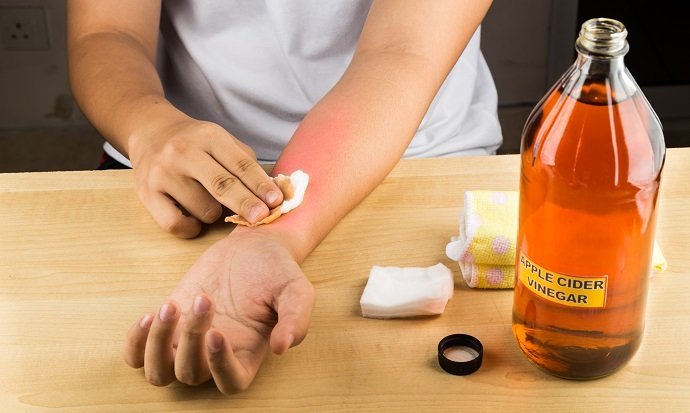 One of the easiest ways for diabetics to control their blood sugar levels is to eat a salad with an apple cider vinegar-based dressing. Two tablespoons of apple cider vinegar before every meal will help reduce any sort of spike in blood concentrations of insulin and glucose. Not only will you be controlling your blood sugar levels, but you will also be forced into eating healthier with a daily salad.

Where to Purchase Apple Cider Vinegar

Who knew that simply consuming a tablespoon or two of something as simple as apple cider vinegar could lead to so many varied and important health benefits? What was once a folk remedy of earlier generations is now being confirmed by scientific investigation. Raw, organic apple cider vinegar should be a part of everyone’s diet.

Keeping Organic Waste Out of Landfills