There is nothing nicer than coming inside on a hot, muggy summer day to feel the freshness of an air-conditioned home. Traditional air conditioners, however, are one of the most energy-intensive appliances in our homes. Only a couple feet underneath where you are standing, however, the air is always a comfortable 55 degrees Fahrenheit. If only it were possible to get that cool air from underneath your feet into your blistering hot home. Earth tubes offer a natural, ecologically sound air conditioning option to keep your home cool on even the hottest summer days.

How Much Energy Does Your Air Conditioner Consume?

As with a number of aspects of our modern-day industrial civilization, we simply don´t know or understand the ecological costs associated with the comforts we have come to depend on. In many ways, ignorance is bliss and it is comforting to naively believe that a cool home on a hot summer day is a normal part of the landscape.

The distance between consumer, the origins of his or her consumption and the end place of his or her wastes facilitates this obliviousness to the true effects that our industrial lifestyles perpetuate. Unless you live near a coal burning plant in Kentucky or have nuclear waste buried beside the gravesites of your ancestors in Arizona, you probably have little actual connection to how the electricity your home uses is supplied or the end product of that energy.

The cool air that dries the sweat from our foreheads, however, is far from inoffensive. While some small, window-based air conditioners consume up to 500 watts, a large central air conditioning unit that many large homes and almost all businesses have is easily a 3500-watt appliance.

While you can cut back on your ecological footprint by trying to occasionally open windows or turn the thermostat a bit higher, the fact of the matter is that because most modern-day homes are so poorly designed, chances are that your home could resemble a small oven if you try to turn the air conditioner off. In recent years, heat waves have swept across different parts of the world. The summer of 2003 in Europe was one of the hottest summers on record. In Spain alone, over 140 people died as a result of the heat, mostly elderly people who were stuck in homes that heated up like ovens.

If the modern-day housing and construction industries embraced ecological design principles, much of the potentially dangerous heat from the summer sun could be avoided. Passive solar design makes it possible to block the hot sun from the summer months while allowing the winter sun to enter the home and add needed warmth. Unfortunately, the first step of most home construction is to level the site and clear any trees or vegetation that are “in the way.”

The Coolness of Caves

If you have ever spent time exploring a cave, you might have noticed that caves always seem warmer than the outside temperature during the winter and cooler during the summer. The actual temperature of caves depends on the average annual surface temperature of the place where they´re located. Carlsbad Caverns in Texas has an average temperature of 70 degrees while Crystal Cave in Wisconsin averages a much cooler 49-50 degrees. Might it be possible to move that cool air from underneath the soil into your homes to provide an alternative source of cooling air?

What Are Earth Tubes? 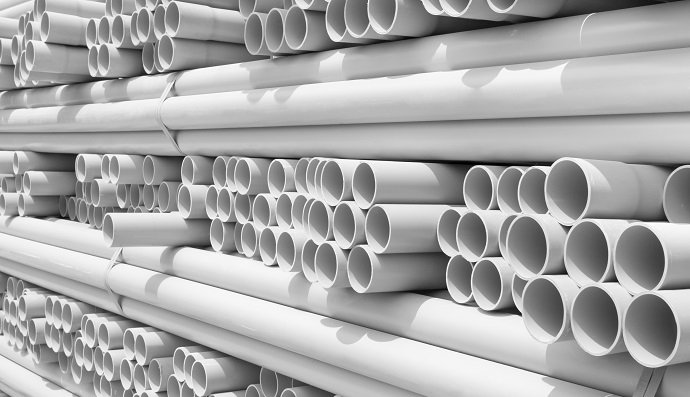 Earth tubes, also known as ground coupled heat exchanger systems, aim to take advantage of the cool air beneath your home to keep your house comfortable during even the worst heat waves.

As we mentioned above, the temperature of the ground just a couple of feet beneath our feet is a usually a comfortable temperature anywhere between 50 and 70 degrees Fahrenheit. While some ground coupled heat exchanger systems involve complicated pumping of water throughout the system of tubes, a simple earth tube system simply requires plastic PVC plumbing pipe, and a small fan.

The entrance for the earth tube system is a piece of pipe that sticks up out of the ground somewhere outside your home. A minimum of 100 feet of pipe is buried several feet underground until eventually passing underneath your home foundation and into your home. You can then branch these tubes in several directions so that the tube system exits into different rooms that you want to cool during the summer months.

A blower is situated at the entrance of the earth tube system to move the air through the piped system and into the home. By burying a long portion of plastic tube underneath the ground, the cool temperature of the soil is exchanged with the warmer air that is entering the tube. Over the course of the 100 feet of pipe (or more) the air, through the physics of heat exchange, becomes cooler as the surrounding soil gets minimally cooler. The result is a comfortable flow of cooler air that enters your home without the aid of any sort of chemicals, compressors or fossil fuel dependent central cooling systems.

How to Install a Natural Air Conditioning System in Your Home

The exact specifications for your earth tube air conditioning system will depend on the specific climatic context where you live. If you live in Maine, for example, the average temperature underneath your soil will be much more pleasant than if you live in southern Florida.

As a general rule, the cooler your average annual surface temperature, the less amount of piping you will need. Since the temperatures of the subsoil will be cooler, you will also be able to get away with not burying your piping too deep. In the case of most cool weather climates, a two-foot depth should be more than enough to reach an optimal soil temperature to cool your home.

If you live in warmer climates, it is advisable to bury more pipe (between 150 and 200 feet) and bury it deeper. You may need to invest in a more powerful blower for the longer your piping.

Once you have your pipes buried, it is important to consider exactly where you want the cooler air to enter your home. The south-facing side of your home is where you will receive the most heat from the sunlight, and is a good candidate for at least one exit for your earth tube system.

Using the Earth to Cool Your Home

Why would anyone choose to cool their home with fossil fueled powered air conditioners when an infinite source of cool air is just below their feet? While remodeling an existing home for an earth tube cooling system could be expensive due to the digging and opening holes in your floor and foundation, the savings (both economic and ecological) will last a lifetime.