As we struggle to find ways to deal with the excess amount of carbon dioxide in our atmosphere, much attention has been given to high-tech solutions and cutting fossil fuel use. While these are good and worthy discussions to have, carbon farming offers an opportunity to revolutionize the agricultural sector to improve soil and store excess atmospheric carbon where it belongs: in the ground.

Can We Store Carbon in the Soil?

Plants breathe carbon dioxide and exhale oxygen. That seems like a pretty good compliment to us humans who do just the opposite. As our human quest for domination of the planet has increased, however, we have thrown that balance into turmoil.

Plants can take carbon dioxide floating around in the atmosphere and turn it into plant biomass. As those plants eventually die, their organic material decomposes into fertile top soil which is filled with carbon. The carbon dioxide that was floating around in the atmosphere causing global warming and climate change, is thus placed back into the soil through the process of healthy soil growth.

The main problem with this apparently simple and reasonable solution is that our current, industrial agricultural methods do nothing to promote the storing of carbon in the soil. Instead of promoting the growth of diverse and abundant plant biomass, we clear cut forests (the ecosystem with the densest biomass) for pasture lands. Instead of growing cover crops to add biomass to the soil, we use glyphosate and other herbicides to kill off any and all plant growth that “threatens” our monoculture grain crops.

Carbon Sequestration is a fancy scientific term that denotes the storage of carbon in a stable solid form. In other words, the opposite of carbon dioxide gas that is floating around our atmosphere in excessive quantities. Carbon sequestration occurs when plants have chemical reactions that turn the carbon dioxide gas into inorganic compounds such as calcium and magnesium. 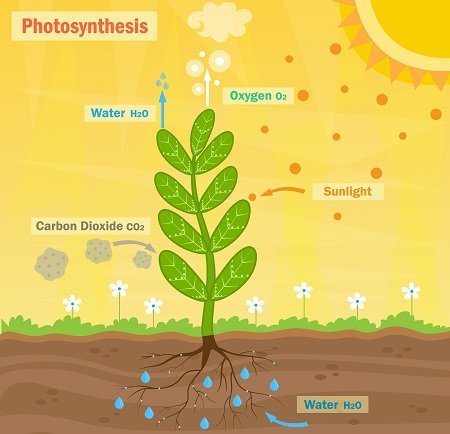 Plants use photosynthesis to turn atmospheric carbon dioxide into biomass or organic material. Soil organic carbon, or SOC, is sequestered into the soil through the decomposition of the organic material of dead plants. Though there is still debate on how much carbon can be sequestered into the soil, almost all scientists agree that certain farming, forestry, and conservation practices can be put in place to increase the amount of carbon sequestration in the ground.

Carbon farming, then, refers to different agricultural and agronomic methods, techniques and strategies that aim to produce abundant yields while also contributing to the capturing and sequestration of atmospheric carbon into the soil.

In many ways, these practices (which we will explore below) present a win-win situation for farmers. As carbon is sequestered in the soil, soil health will improve leading to better crop yields. However, making the change from industrial farming practices to carbon farming practices hasn’t been easy as replacing one paradigm with another is never easily done.

Strategies to Store Carbon in the Soil

In a nutshell, carbon farming has two goals: 1) to increase the amount of biomass on any given farm landscape, and 2) allow for the natural decomposition of plant material in order to increase soil organic carbon.

One of the most important strategies to achieve these two goals is through planting trees. In opposition to annual crops which dominate much of our current agricultural production, trees grow year round and create enormous amounts of biomass. Their steady and constant leaf fall also adds a tremendous amount of organic material (carbon) to the soil.

But can trees produce enough of a yield to sustain our growing human population? Mark Sheppard, a farmer and researcher based out of Wisconsin, advocates for what he calls restoration agriculture. His idea is to replace our industrial food system´s dependence on corn, soy, and wheat with perennial tree and bush crops such as chestnuts and hazelnuts. According to Sheppard, not only is the nutritional value of these nut crops superior to annual grains and legumes, but they also produce similar yields while sequestering enormous amounts of carbon.

Another main strategy of carbon farming is through the use of cover crops to minimize tillage. Tilling the soil, as we mentioned above, ruins the ability of the soil to hold its soil organic carbon and also releases carbon back into the air. No-till farming methods rely on cover crops to reduce weed competition while abundant organic material is incorporated into the soil.

Making a gradual switch from annual crops to perennial crops is another main strategy of carbon farming. Perennial crops reduce the need for tillage, live longer (and thus capture more carbon from the air), and also produce more biomass. Wes Jackson is a Kansas scientist and farmer whose goal is to transform agriculture from a monoculture of annual crops to a polyculture of perennials.

At The Land Institute in Salinas, Kansas, he and his staff have been working to try and create perennial grains that more closely mimic the prairie ecosystem. The diverse types of prairie grasses add enormous amounts of biomass to the soil. Unfortunately, they offer very little in terms of food value. The Land Institute is trying to bring the best of these two worlds together where perennial grains can sequester carbon dioxide from the air, add biomass to the soil, while also providing us with an abundant yield.

The Promise of Carbon Farming

We still have a long way to go before we can say that carbon farming is a major player in our global agriculture. Nonetheless, there are exciting carbon farming projects being undertaken all around the world proving to us all that agriculture, instead of being a major contributor of greenhouse gasses, can be an important player in carbon sequestration. Eric Toesenmeir´s book “The Carbon Farming Toolkit” is perhaps the best resource if you are interested in learning more about carbon farming techniques and possibilities.

Mushrooms for Foraging: 7 (or More) Ways to Get Started