One of the biggest myths of the industrialized food system is related to the issue of productivity. The massive monocultures of wheat, soybeans, corn, and other products that are cultivated by GPS-controlled combines and fertilized with heavy doses of chemical fertilizers are upheld as the standard of maximum productivity of the land. Following from this myth, we are led to believe that if it wasn’t for the genius of industrial agricultural methods, our world and its increasing population would essentially be starving to death.

Recent studies by the United Nations Food and Agriculture Organization (FAO) and several other smaller think tanks and non-profit organizations have shown, however, that small-scale, diversified, peasant and family agricultural practices are actually much more productive than the large-scale monocultures of grains that have overtaken the majority of the agricultural space of our planet.

While each and every region has their own unique agricultural practices and traditions, one of the most commonly shared techniques of small farmers around the world are diversified food forests, though they may also be called by other names. Below we will look at what a food forest is, give an example of a functional food forest in tropical context, and explain some of the benefits in both productivity gains and long-term sustainability that come with food forests.

What is a Food Forest?

One of the defining aspects of small farmers around the world is that they generally suffer from a lack of land. Historical injustices related to land tenure coupled with the population explosion in many areas around the globe have led many small farming families to find ways to produce enough food for their livelihood on limited amounts of land. Whereas monoculture grain farming only takes advantage of one “layer” of space (the horizontal layer where grains grow at roughly the same height), food forests seek to maximize the productivity from a small piece of land through growing edible species of plants on several, vertical layers throughout the space of the farm.

Many permaculture teachers around the world mistakenly proclaim that permaculture introduced the idea of food forests when the reality is that small farmers from marginalized communities around the world have been growing “stacked polycultures” for hundreds of years out of sheer necessity that arises from a lack of arable land.

While every context is different and certain environmental and climatic factors will determine how the food forest is set up, the basic idea of a food forest is to plant a diversity of different edible species (both perennials and annuals) that grow along different stratas of space. Just as an old growth forest has higher canopy trees, lower mid-range trees, shrubs, and ground covers all growing in one space, a food forest seeks to emulate this design from nature in order to maximize productivity and stimulate symbiotic relationships between the plants growing in a shared area.

An Example of a Tropical Food Forest

As we mentioned above, there is no “recipe” for a food forest and each specific planting pattern will be different. Nonetheless, in the lowland Mayan communities of northern Guatemala, several small Mayan Q´eq´chi farmers have perfected a sustainable and extremely productive form of food forest design.

In these communities, large fruit trees such as mango and avocado form the canopy layer of the food forest system. These trees are spaced far enough apart to allow sufficient light to penetrate into the subsequent lower levels of the food forest. Underneath the mangos and avocados, smaller fruit trees such lemons and bananas and spice trees such as cinnamon and allspice (which are also cash crops) are spaced throughout the piece of land.
Small patches of land where sunlight is most prevalent are then left unplanted in the food forest ecosystem for small plots of corn, beans, and squash which are grown together. Elsewhere throughout the forest, large-leafed plants that are useful for making tamales and other shade tolerant wild greens are planted are allowed to grow free underneath the smaller fruit trees. 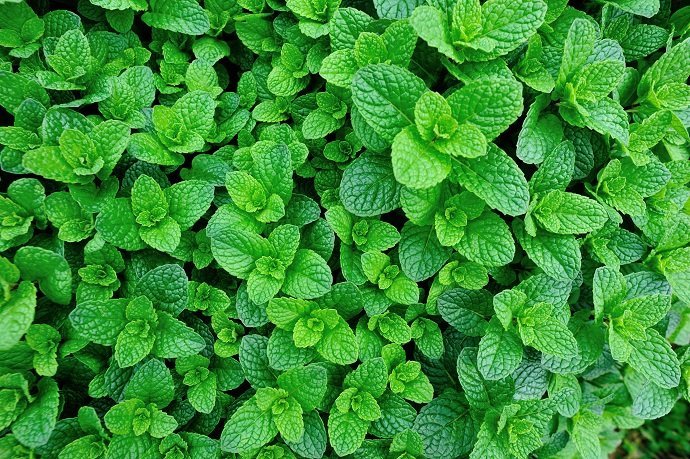 In areas of the food forest where the soil is wet, species of mint are allowed to take over as a thick ground cover which are harvested for medicinal purposes. In other areas, peanuts are planted to provide a thick, nitrogen fixing ground cover that also provides a protein-rich crop. Finally, vining fruits such as passion fruit are planted at the base of several trees to provide yet another vertical layer for harvesting. After several years of establishment, the accumulation of abundant amounts of organic matter increases the fungal growth of the soil and it is not uncommon for several species of edible mushrooms to emerge from the food forest floor.

The Benefits of Food Forests

Following from the example of the tropical food forest explained above, during a typical agricultural year, a small farming family is receiving at least 10 different crops that all come into harvest at different times. That same piece of land planted in monocultures of corn or beans would give only a portion of the calories and nutrition when compared to the fruits, nuts, vegetables, herbs, and mushrooms that all spring from the same piece of land.

At the same time, the soil on the forest floor is constantly increasing in organic matter, improving its fertility, and even capturing large amounts of greenhouse gases and storing them in the soil. When compared to the energy dependent forms of industrial agricultural, not only are food forests more productive, they are also much better for the environment as well.

The Benefits of Using a Solar Cooker