They are all around us: in the air we breathe, the food we eat; even in our very blood. Like them or not, chemicals make up the world in which we live, although, with our current chemical knowledge and technology, we have got to the point where millions of humans around the world routinely spray recognised poisons on things which they, or other humans, will subsequently ingest. This would suggest that the way we use chemicals may have got out of balance to some extent. The biggest agrochemical companies in the world also own many of the biggest pharmaceutical companies (1): yet can it be possible that chemicals can help to benefit life instead of causing harm? This article will explore a little what some current global attitudes are towards chemicals in farming, while part 2 will explore whether or not it is possible to rehabilitate chemical companies towards more regenerative aims.

Last month saw the drawing up of draft regulations to ban all neonicotinoid pesticides entirely throughout the European Union (2). This is a very encouraging step considering that, as I reported back in 2014 (3), when the EU made a temporary ban on just 3 neonicotinoid chemical ingredients, it caused a general outcry from the agrochemical industry, with chemical companies Syngenta and Bayer taking the European government to court (3). Syngenta also protested last year’s ruling by the European Court of Justice to make it a legal requirement for safety tests carried out on chemical products to be made public (4). The reasons given by the European Commission for proposing the ban include that the chemicals pose “acute risk to bees” (2), a decision probably influenced at least in part by the revelation of the safety test results, which showed that (contrary to Syngenta and Bayers’ public statements) they were aware that the chemicals could cause a decline in the bee population (4). Since bees are in many ways an integral part of the global ecosystem and particularly to the survival of our own species (see for example 5, 6), this seems a highly inspiriting move. 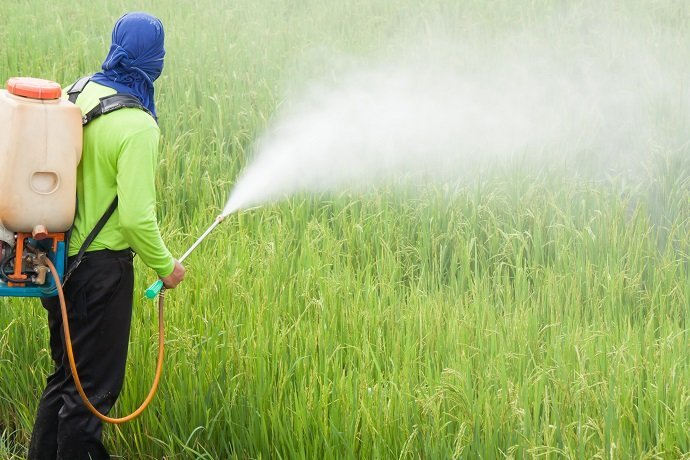 At the beginning of this year the EU Commission also began a citizen’s initiative “to propose to member states a ban on glyphosate” (7), otherwise known as the main component of the weedkiller marketed as Roundup (8), which has been linked to Alzheimer’s, cardiovascular disease and cancer in humans among its many reported health risks (9). According to the Pesticide Action Network, the EU has one of the highest rates of banning “highly hazardous pesticides”: so far 48 of these “HPPs” are banned in the EU and 169 newly-proposed chemical pesticide ingredients have not received approval (10). The other top countries which have banned a large number of hazardous chemical pesticides are Saudi Arabia, Cambodia, China and Thailand (10).

Last year, the Himalayan Indian state of Sikkim went even further, announcing that they are now 100% organic in terms of food production, the first Indian state to do so (11, 12); though many others are planning to follow. These include Kerala (13) and Arunachal Pradesh (14). Similarly, Bhutan, which borders Sikkim to the East, is apparently planning to become the “world’s first organic country” by 2024 (15). Sikkim still imports food from other states which may not have been growing organically (16) but it is still a very encouraging step. This is especially true when you consider the culture around agrochemicals in the rest of India. Probably at least part of the reason why the organic movement has become so popular is the many cases of illness or even death from people eating foods grown using chemical pesticides or fertilisers. One of these cases involved 23 children from the same school in Bihar, a state which borders Nepal, dying after eating one meal, thought to be contaminated with residue from some kind of chemical used in the farming process (17). Clearly, such cases show that too much of these chemicals is dangerous: yet, if even the residue from pesticides is enough to kill us, the question seems to arise: “why we are using them at all in the first place?”

Many people around the world appear to be asking the same questions and from a consumer point of view, organic food has become increasingly popular in recent years (18). In 2014, for example, the US market value for organic food was by far the highest in the world with around 45% of the global total ($35.9bn out of a global total of $80bn) (18). However, most of the agricultural industry in the USA still relies on many chemicals which are banned in most other states, including neonicotinoids and glyphosate, as well as atrazine, which is so commonly used that “90% of water supplies tested positive for the chemical” (19).

Encouragingly for people in the US who still wish to breathe healthy air and drink clean water, atrazine was the subject of a “risk assessment report” last year warning of the ill effects the chemical has on the health of the environment and humans (20). It is hoped that the report will lead to restricted or prohibited use of the chemical though currently, it is still a major part of the agricultural industry in that country (20).

Even where organic or permaculture initiatives exist to help to create and maintain healthy soil there is also the consideration of the contaminants which may be present in the soil in the first place. For example, South-East Asia is where the now almost globally-banned DDT was first tried out (21), not as a pesticide as it was subsequently marketed, but as a chemical weapon aimed at destroying huge areas of the Vietnamese landscape as part of the US government’s military tactics during the US-Vietnam War (21). Altogether, it “eradicated around 15% of South Vietnam’s vegetation” (22), causing huge loss of biodiversity and soil erosion.

Though the war officially ended in 1979 the effects of this chemical on the soil, and on the human and plant population are still being reported (see for example 23). During the same war, Laos also became “the most heavily bombed country per capita in history” (see for example 22, 24). Of the two million tonnes of bombs dropped, more than a third failed to explode, and those that did contaminated the soil with shrapnel (24). The Unexploded Ordnance issue means that much of the farmland in the country is unusable and dozens of people every year, to this day, are killed or injured by the remaining bombs (24).

More recently, the dropping of many kinds of chemical weapons in Iraq by soldiers from a number of countries including the US and UK has left the soil in many areas of that country contaminated with carcinogenic substances including dioxins and uranium (22). According to the NGO Informaction, “At least 600,000 pounds of DU [Depleted Uranium] and uranium dust were left in the Middle East after the Gulf War. With a half-life of 4.5 billion years, the health effects of DU will be a long-term problem” (22). 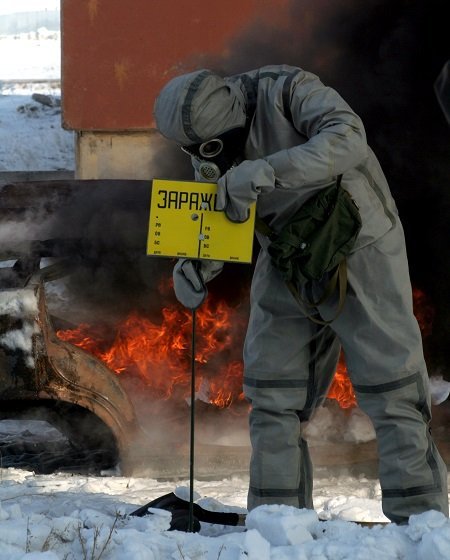 Such examples show that it may be important to consider the long-lasting effects of chemicals on soil, however, they got there, and that as well as finding alternatives to the chemicals we need to find a way to grow things in previously contaminated soils. There are many forms of bioremediation currently being experimented with, for example using fungus to clean DDT-contaminated soil (25). There have even been studies showing the effectiveness of neutralising the toxic effects of uranium, using “microbial metabolism” i.e. getting micro-organisms to break down the uranium (25); inspirational indeed if it could be done on a large scale, especially considering the uranium’s lifespan if not bio-remediated.
What about the companies?

Desisting from using chemicals which have been shown to be dangerous can be a very effective way to encourage healthier relationships with our ecosystems, as can finding ways to clean chemical contaminants from the land. Both are very important, but if the companies who produce the harmful chemicals in the first place are still doing it, then perhaps, alone, these steps are not enough. The fact that the largest agrochemical companies in the world started out on the chemical weapons industry and now control much of the chemicals that are supposed to make us healthy, as well as much of the global seed market (1) could be seen as either very short-sighted on the part of consumers, or a healthy step away from products of death and towards those of life. Either way, it seems energy inefficient to try to stop companies which represent so much energy. Part 2 will explore some ideas into how we can deal with the chemical companies which produce so many of the items all around us, even if we do farm without chemicals.

22. Informaction, 2017. ‘The Impact of War and Weapons on Humans and the Environment’. https://www.informaction.org/index.php?menu=menua.txt&main=weapons_effects.txt&s=Weapons – retrieved 28/4/17