At a four-day conference themed around “Australasian weather, climate, and oceans: past, present, and future,” climate scientists from Australia and New Zealand found the topic of discussion drifting repeatedly to global warming, and the impact of climate change on Australian weather patterns.

“There is definitely what you would call ‘climate fatigue’ on the part of scientists,” said Dr. Andrew Glikson, from the Australian National University’s (ANU) School of Archaeology and Anthropology.

“There were hundreds of scientists there, and my impression is while we continue to do the science as best we can, there is a fatigue when it comes to arguing in public.”

Despite mounting evidence proving the effect global warming has had on the world’s climate, there is still a large segment of people who continue to deny the existence of climate change. Climate change skeptics, Glikson said, are people who don’t think in “scientific terms.” He said these people either refuse to accept “the basic laws of nature,” or have a “vested interest” in refuting the evidence – and possibly something to gain from ignoring the harmful impacts of climate change.

“You can explain it to them as long as you like but if they don’t wish to understand, they won’t,” he said.

One of Australia’s leading voices on the subject of climate change, Glikson reached out to Prime Minister Malcolm Turnbull last year – with an open letter, signed by more than 150 other scientists, insisting that the government take steps to reduce greenhouse gas emissions.

It’s no secret that Australia has been faced with record-breaking weather in recent years – and even the blazing temperatures during the conference set new all-time records throughout New South Wales, leading to catastrophic bushfires that destroyed more than 30 homes. Western Australia struggled with rain and widespread flooding, which has so far claimed two lives – the state’s wettest February since 1955.

“I think that’s a trend we’re going to have to get used to,” said Karl Braganza, the Bureau of Meteorology’s head of climate monitoring. “When the conditions are favouring a hot spring or a hot summer, we’re seeing temperature records. Clearly that has an impact on the landscape.”

The Canberra conference wrapped up after a talk from Professor Will Steffen, a climate scientist from the ANU. Steffen’s presentation discussed the concept of a new geological era, where humans are the major force on the planet – the Anthropocene.

“That is being formalized in scientific literature and that really affected me, just seeing this eminent scientist standing there at the end of this conference when we’ve been talking for five days about models and data and climate mechanisms and so on,” said Dr. Ben Henley, a research fellow from the University of Melbourne who was in the audience.

“It’s a sad fact. We study the mechanisms and the data and remove our personal feelings as much as possible, but then every now and then it just hits you that this is what we’re actually doing to our planet.”

Soil Conditions You Need to Consider When Choosing a Garden Design 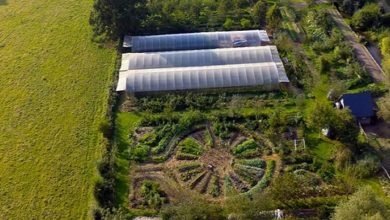 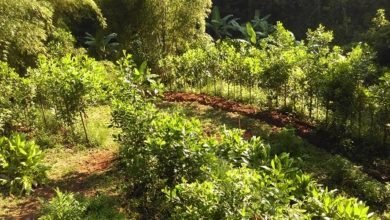 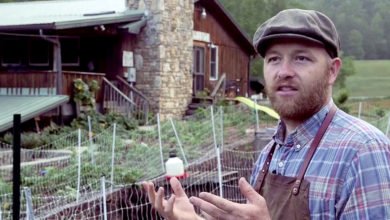 A Story of Chickens and Food Stamps