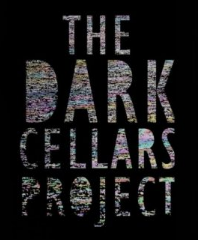 A couple of months ago I made a call out for artists and graphic designers to be in touch if they wanted to explore ways to use art and image to unsettle the normality of consumer capitalism and provoke thought about alternative ways to live and be. I was overwhelmed by the response, with over 50 artists writing back expressing their interest in a culture jamming project. In recent weeks we’ve set up a website with more information about the project as well as an exciting and provocative collection of early artistic submissions. I’ve posted an overview of the project below and the gallery can be viewed here. Please share with any artists or graphic designers you know who might be interested in being involved, and if you have any creative and provocative ideas for us to produce, please leave a comment below.

The Dark Cellars are an expanding network of oppositional artists, graphic agitators, renegade marketers, and culture jammers more generally who are using art, design, and image to creatively subvert the structures of meaning which entrench consumer culture and carbon capitalism. By exploring a new aesthetics of existence, our defining objective is to open up imaginative and cultural space for new ways to live and be – for ourselves, for others, and for the sake of our fragile planet.

We create on this assumption: that before there can be any deep transformation in today’s dehumanising and grossly unsustainable world, first there must be prolonged and diverse aesthetic interventions that unsettle or disrupt the dominant culture and which provoke new cultural, economic, and political imaginaries beyond consumerism and the growth economy. If we do not shape as an aesthetic project the meaning of our own lives, we can be sure the dominant culture will do it for us, condemning us to a life of unfreedom, exploiting the powerless, and commodifying the planet with the cold logic of profit-maximization.

If you would like to be part of this evolving project by contributing your own art, images, anti-ads, or ideas, see the contribution guidelines here and make contact here.

As culture jammers, we believe in the transgressive and emancipatory potential of art and aesthetic interventions. In particular, we employ the tools of advertising, marketing, story, and design to disrupt and create systems of meaning, but of course not to promote the insanity of consumerism – for precisely the opposite reason! A consumerist existence is a despairing failure of imagination. Industrial civilization is a cancer on the planet. Certainly, humanity has far greater potential, far nobler stories to tell – if only we show the courage and creativity to do so.

Unleashing that dormant collective genius involves somehow liberating ourselves and others from dominant cultural narratives, expanding the horizons of what is possible, exploring the darkness beyond the existing order of things, and effectively communicating or ‘selling’ alternative forms of life in the counter-cultural shadows of Empire.

Thus we are The Dark Cellars, born of the Anthropocene, engaging in a semiotics of subversion or what David Cox calls ‘a vibrant counter-attack on the empire of signs.’

In an age of ecocide, perverse inequality of wealth, spiritual malaise, and creeping fascism, we are being called to challenge dominant forms of life and explore and provoke new narratives, new aesthetics, new structures of meaning and feeling, for the good of people and planet.

To paraphrase the poet, Coleridge: we must create the taste by which we will be judged.

The gallery can be viewed here.

The Dark Cellars Project is being curated by Dr Samuel Alexander, co-director of the Simplicity Institute and lecturer at the University of Melbourne, Australia. An advocate of degrowth, permaculture, and voluntary simplicity, his books include;

Deface the Currency: The Lost Dialogues of Diogenes (2016),
Prosperous Descent: Crisis as Opportunity in an Age of Limits (2015),
Sufficiency Economy: Enough, for Everyone, Forever (2015)
and
Entropia: Life Beyond Industrial Civilisation (2013).

He is also editor of Voluntary Simplicity: The Poetic Alternative to Consumer Culture (2009) and co-editor of Simple Living in History: Pioneers of the Deep Future (2014). In 2016 he released an award-winning documentary film called A Simpler Way: Crisis as Opportunity, which he co-produced with Jordan Osmond of Happen Films. An introduction to Dr Alexander’s work can be read here, here, or here.

Samuel Alexander – is a lecturer with the Office for Environmental Programs and research fellow at the Melbourne Sustainable Society Institute (MSSI), University of Melbourne. He also co-directs the Simplicity Institute.