I am not a carpenter, which is to be summed up by saying I have no official training and only have any knowledge of how to work with wood through a combination of 1. handing my father nails as he hammered our barn together when I was about twelve or thirteen and 2. offering to help Drew, now one of my best friends, as he continually tackled projects around Earth Lodge, a guesthouse/avocado farm where I’ve lived off and on for four years in total.

It was from my father that I learned to grind my way through a job, throw my tools in disgust when it went wrong, and take utter joy in sipping a cool drink while looking at a project completed. It was from Drew that I learned to walk on rooftops (without safety equipment—not recommended by Permaculture News), work drills with both hands (sometimes at the same time), and make a perfectly straight cut by using a quick square and cutting left-handed with a circular saw (using the edge of the square as guide while cutting).

Somewhere in the midst of it all, I fell for building things. I’m not necessarily the best at it, not even as good as these two mentors. My command of hammer can’t come close to my father’s ability to sink a 12 penny nail in a single swing, and my know-how with power tools is but a small fraction of Drew’s. But, I can cut. I can drill a hole, drive a screw, and hit a nail with some accuracy.

Mostly, I tap into something I watched both of them do, and that’s imagine what can be. And, seeing those dreams materialize, knowing that my own two hands made it happen, is just an intoxicating feeling. It’s no wonder I behold these two men with a certain reverence: They opened this door for me.

The Power of a Table

Back in August, I started a new job at Caoba Farms in Antigua Guatemala. My responsibilities, uncertain at the beginning, turned out to be coordinating a weekly farmers’ market on Saturdays and coordinating volunteers daily. The farmers’ market was the first task I took on, and it required a lot of computer time, organizing time sheets and booking live music and juggling a myriad of the types of tiny tasks no one ever sees but that go into such an event. After a month or more, I was sick of the computer. I wrote in the afternoons and worked in the farm in the mornings, and it equated to far too many hours focused on a screen.

Right about that time, Alex, my boss and the farm’s owner, took me to visit his second and newer location, not a fifteen-minute walk away. Alex has one of two ways of communicating with me: so disinterested I’m not sure he’s listening and so excited he can’t stop listing ideas he has for something. As we approached a pile—nay, a mountain—of pallets thrown haphazardly together, he was counting on his fingers the amount of things we could make with them. But, I’d stopped listening: This was the relief I’d been looking for.

The next week I started a new volunteer program called “Special Projects Day”, in which volunteers had the opportunity to help me, personally, complete projects around the farm. It began with me and four women walking over to the other location, the four of them choosing weeding over ripping pallets apart, and me methodically and happily dismantling pallets by myself for four hours. I repeated the process the next week and had all the wood brought over to the farm where I worked.

On the third week, with one volunteer at my side, the two of us put all those planks and boards back together. (One of the most beautiful parts of Alex’s pallet collection is that it’s both pallets and crates, which provides a variety of surprise and choice cuts of reclaimed lumber.) We made a table. A really sturdy table. A table so sturdy that Alex put it up against all other tables on the farm, maybe not for beauty, he said, (though I thought it was and still is stunning) but for strength. And, with this success, I’d found a new passion.

Alex oversees two businesses: a sustainable organic farm, for which I work, and a sustainably harvested hardwood export business, from which I thrive. The hardwood business, which deals partly in window frames and doors, constantly revitalizes my supply of pallets and crates. Every couple of weeks, a new truckload is left at our partner farm, and from it, I get free reign. From there, things just blossomed.

I built two rustic pallet benches to go with the table. Then, I built a long bench out of two-by-sixes off some crates. I built a second table with four benches to go around it. I built a vertical garden bench for our Caoba “Lounge” area, where on the back of the bench a pallet was attached, burlap pouches installed, and strawberries and oregano planted. I built a half-wall to enclose the lounge a bit more. I built a simple but strong work table that was converted into a farmers’ market table and then built another one, later installing pallet shelves in both them. I built a low-seating area, a new work table, a bar for the restaurant, and cashier’s table for the market. I even brought pallets home and built two benches and a makeshift trellis for the garden area I’d been developing.

Sometimes there were volunteers to help, sometimes not. After the first couple of Thursdays, I started hurrying through my computer work on other days so that I could spend more time with the pallets. I went out and bought my own handsaw (I prefer to do the cutting manually when it’s not too much) and a sturdy hammer (I’m not yet permanent enough to begin acquiring drills and such). Using my new tools, I’ve expanded and built some benches and a table for the social business, Garden of Hope, that my wife Emma and our friend Claire run.

Honestly, I’ve enjoyed repurposing these pallets so much that I’m clearing space for them to be part of my life in the future, imagining our little permaculture project to include a carpentry workshop where I can continue to create tables, benches, and hopefully even niftier things when my time and imagination aren’t hastened by the responsibility of earning the wage I’m working for.

The other amazing thing that happened from all this work with pallets was that I essentially built my own office. I work outside, but where I’d once dashed between tables at the outdoor restaurant, and for a very short time set up a ubiquitously despised store-bought metal-wood hybrid table, I now spend my mornings working on something I built and love, sitting on a bench that made for it, and looking at the other creations that came to be—at least in part, Alex did supply the place and pallets—because of my own effort.

People remark sarcastically all the time, when they see me working on the computer, something that has decreased steadily, how tough it must be to have such an office. For the most part, I know they mean the garden around me, which in its own right is aces, but I like to think that the humble earthiness of all my furniture factors into the atmosphere they’re admiring. I know it does for me, and I think it does for Alex. After all, he’s kept me around a few months more.

On more than one occasion during this work, I’ve seen—rather heard—my father coming out of me, often in the forms of frustrated grunts or curse words squeezing through gritted teeth, especially when I remember there’s a volunteer at the other end of the board. But, he’s also there when I drag a hand over the surface of something I’ve just finished. I’ve also heard Drew as I size up my materials and find unexpected ways to make them work or when I put triangular reinforcements and see something instantly tighten up. I think of both of them often and feel grateful for what I learned just by working next to them.

I hope that, in some way or some day, I can bestow and have somehow bestowed such gifts to those who work with me.

Funnily enough, my new side-project path with pallet furniture has reinvigorated Emma’s lifelong dream of being a sign painter. As I’ve created more and more scraps of pallet wood, she’s collected them and used them to make signs. It began with Halloween but really flourished during the Christmas season, during which time Caoba Farms and our home had festive pallet signs all over the place. They’ve been such a hit, as much or more than my furniture, that she is now looking at doing it as possible source of extra income. I guess there will also be some sort of artist studio attached to that future carpentry shop.

Homesteading Can Get You Out of Debt 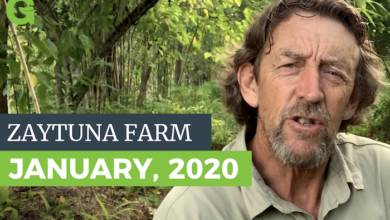 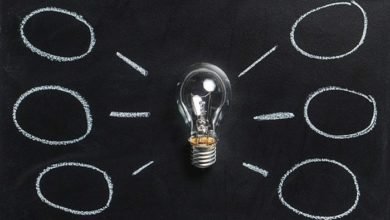