Flow Hive is the brainchild of father-and-son team, Stu and Cedar Anderson. Passionate beekeepers, they knew there was a better alternative to traditional beekeeping methods. After years of hard work and brainstorming, Flow Hive was born. No one, however, could have anticipated the overwhelming success the project would experience via crowdfunding.

The Indiegogo campaign launched in February 2015, with a goal of $70,000. Within 15 minutes, they had gathered $250,000 in funding. The enthusiasm for the innovation didn’t stop there, however. Flow Hive became the fastest Indiegogo crowdfunding campaign to reach $1 million and then $2 million, and the most successful campaign ever launched outside the United States. Today, it’s still the sixth-most successful crowdfunding campaign ever.

We catch up with Stu and Cedar to discuss the origins of Flow Hive, the results of its success and their plans for the future. 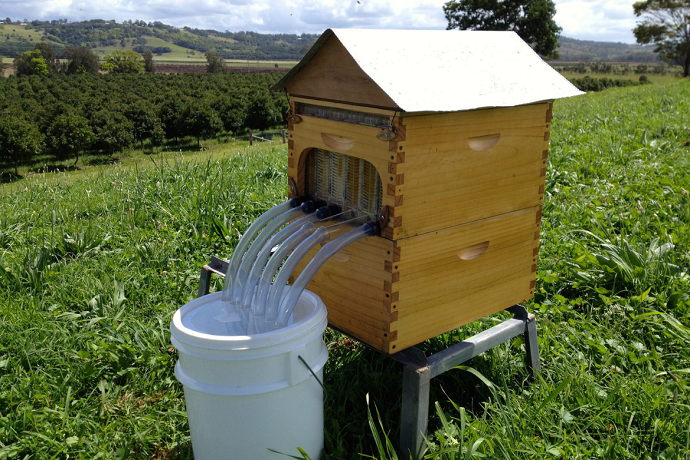 1. Where did the idea for the Flow Hive come from, and what was the career dream surrounding it?

CEDAR: I’d kept bees since I was a little kid and beekeeping had been in the Anderson family for generations. I had a really bad harvest one day and got stung heaps and just thought there had to be a better way to harvest honey which was gentler on the bees and the beekeeper. So dad (Stu) and I got to work on it, trying out various approaches. We eventually came up with the beekeeper’s dream, a system where you can harvest the honey just by turning a lever, without having to open the hive, lift heavy boxes or kill any bees.

2. Why the choice to crowd fund?

STU: Getting production rolling on manufacturing is a very costly exercise. We had already spent quite a bit on the patenting process, so we were going to need about a hundred grand to make the molds for the plastic parts the frames are made from. Crowdfunding was a way we could do that while promoting the invention and letting the world know all at once that we were the guys behind it, that it was our idea. Crowdfunding in a way kills three birds with one stone.

3. What was the team’s reaction to hitting and well exceeding the crowdfunding target?

STU: At so many points, it was overwhelming. The first hour, the first day, breaking all those records, thousands of orders coming in. It went far beyond our wildest dreams. On the day we launched, we were all just shocked beyond belief. We were so busy responding to the avalanche of pledges that we didn’t even have time to open the bottle of champagne. And it was really heartening to fully realise how much love was out there for our friends the bees.

CEDAR: The response was amazing. Who knew the whole world was waiting for a better way to harvest honey? But it brought with it a lot of responsibilities too. Thousands of people had put their faith in us to do what we said we’d do.

4. Have you faced any unexpected obstacles or issues, both in regards to crowdfunding and otherwise?

CEDAR: During the campaign, our team was working around the clock, answering questions from customers, sorting out IT and finance issues, dealing with media and communicating with our supporters. The obstacles were endless and issues were constant, but we always found a way to solve them. It was extremely challenging and then my partner Kylie giving birth two weeks or so before the campaign was due to end threw another spinner into the works!

STU: To go from a couple of guys tinkering in a shed to scrambling to produce tens of thousands of beehives all around the globe was a huge task and something that of course we’d never done before. From sourcing materials to working with manufacturing and logistics partners, there was so much to do and so much of it had to be done yesterday! 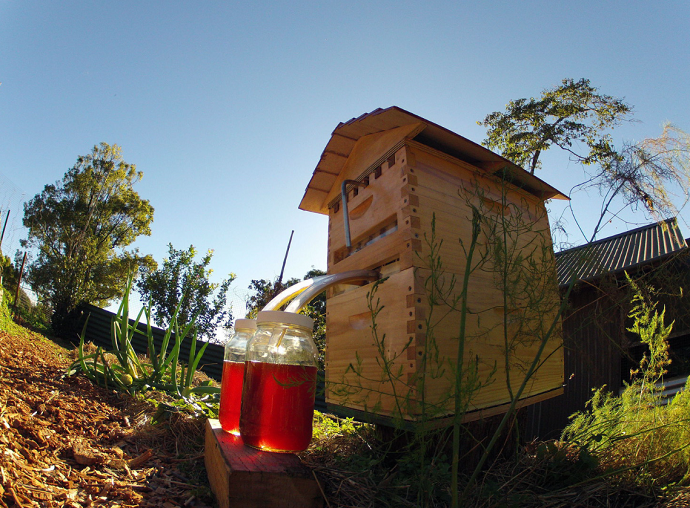 5. Do you feel the team is “living the dream” now that Flow has become such a success?

STU: The dream was to make beekeeping, particularly the honey harvesting, easier, more accessible and better for the bees. Tens of thousands of people have now taken up Flow beekeeping and we have been inundated with emails of gratitude from people who are loving their bees and discovering not only the fascinating world inside the hive but the interconnectedness of all life. That is living the dream for me.

6. Any advice for other individuals with similar ideas, and who may be considering crowdfunding?

STU: Crowdfunding campaigns need plenty of careful planning and preparation (and even then you can get caught by surprise). I would put aside six months at least to prepare and I would find good filmmakers to make your videos. Study other campaigns, both successful and unsuccessful, then pledge some money on other’s projects yourself to get the feel of it from the other side.

7. Does Flow have bigger ideas and plans for the future?

STU: Yes, we have further improvements in the works for both Flow and for beehives. We also are interested in continual improvement of our business to become more ethical and to contribute significantly to a diverse, thriving world.

For more info or to connect with Stu and Cedar Anderson, pleave visit,

How Well Do Data and Sustainability Go Together?