There is more than one definition for soil the most common is that soil is a natural medium on which plants grow. A more broader definition is one by Gerard (2001) “ soil is a natural body composed of minerals, organic compounds, living organisms, air and water in interactive combinations produced by physical, chemical and biological processes” The soil around us can be so easily overlooked and taken for granted. However, if we take a closer look we will realize that soil plays a key role in the existence of life on earth.

Soil is a source of food for plants animals and humans, it provides shelter; a habitat for microorganisms (many of which have medicinal benefit to humans); it is even used to build mud houses in certain parts of the world. It is a support for constructions and for buildings which house people. It is the ground on which we walk, run and play. Soil interacts with the environment, storing air for plant and microbial respiration, controlling water flow on landscapes, transporting plant nutrients, pesticides and other biochemical compounds. Soil brings beauty to our surroundings; it is a heritage, and an identity of a place.

Soil exist in interaction with its surrounding

• The biosphere: is the layer of the earth which includes biological life (plants, animals, microbes) and their interaction. The biosphere incorporates organic matter from decomposed living organisms into the pedosphere.

• The Lithosphere: is the outer part of the earth crust comprising of rock material namely; the sedimentary rocks, the igneous rocks and the metamorphic rocks. The lithosphere serves as parent material (material from which soils originates) for soil.

• The hydrosphere: is the layer of earth consisting of all water bodies; this could be present in solid, liquid or gaseous form. Water is present in the soil as groundwater. Groundwater regulates the transportation of minerals within the soil. 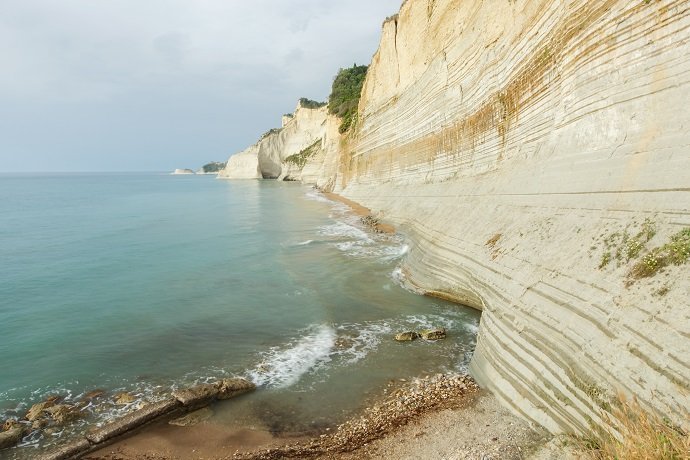 To fully appreciate the soils around us we need to understand the origin of rocks, its key parent material. Rock weathering involves the breakdown of rocks into smaller particles (which become soil) when acted on by external forces such as rain, water and living organisms. The Rock cycle is a concept first introduced by Geologist James Hutton in the 18th century. In this concept, rocks are classified into three groups the igneous, the sedimentary and the metamorphic rocks. Each rock is cycled into the other when acted on by heat, pressure or erosion (figure 1).

Sedimentary rocks are formed from a build up of sediments. When rocks are exposed to erosion, they disintegrate into sediments which are transported to another location by wind or water and then deposited on each other. A continuation of this process creates multiple layers of sediments which eventually form rocks. Sedimentary rocks also form from a build up of fragmented shells or skeletons of aquatic life on the bottom or edge of the sea. A good example of a sedimentary rock is limestone; consisting of skeletal fragments of marine life. Limestone has numerous uses one of which is that it is used in the production of agricultural lime (applied to soils to increase the pH of acidic soils). Other well known examples of sedimentary rocks are sandstone (comprising mainly of sand-sized sediments derived from rocks) and shale.

Metamorphic rocks are metamorphosed from sedimentary or igneous rocks. Over the cause of time as these rocks are exposed to heat and pressure their mineral composition start to change. When this occurs new minerals are formed. Well known examples are sandstone becoming quartzite, shale becoming slate and limestone becoming marble.
Note: For images of examples for each rock classification please visit websites on the reference list. 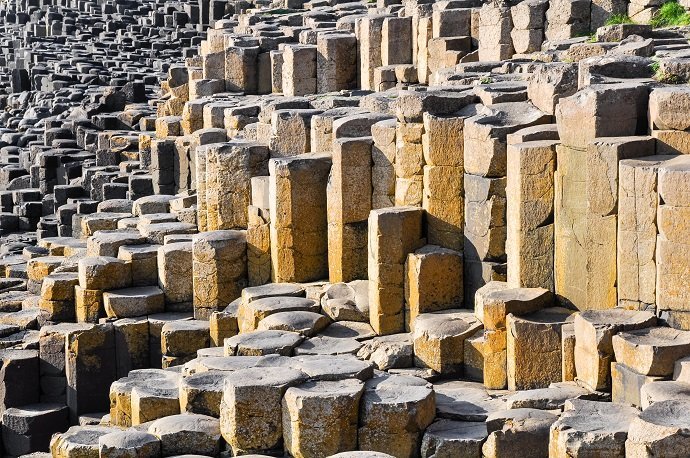 Bibliography and Websites for Further Reading