This week sees our little family here at Djaning Farm move into the first major step of the mainframe implementation. We’re co-hosting an earthworks course with the home of The Permaculture Research Institute (PRI), Zaytuna Farm. This was one of the first things we began organising even before we landed from our long haul flight from England, where we’d finished packing down and shedding ‘stuff’ and ‘things’ from our life there. So over 2 years after we first walked the land as a little family, decided to lay our money down, finalise our initial design, we’re finally in a place to get those initial ideas rolling.

Within the perfect sense of the Yeoman’s scale of permanence, and including Bill Mollison’s alterations, we’d run through Climate, Landform, Water supply, Farm roads, Plant systems, Microclimate, Permanent buildings, Subdivisional fences, and Soil within our design, and had allowed ourselves the time to even apply reassess as a final step. Or, as a more simplified version, and therefore often easier to remember, process of design implementation from the school of PRI; Water, Access, Structures.

We have however been a little naughty and have jumped to the ‘structures’ phase whilst waiting for the weather to be more in favour of large earth moving equipment. These structures (one completed, with another on the way) have been put in place according to the mainframe design my wife and I finalised earlier this year, and are well out of the way of any earthworks we have planned. We’re still living in a caravan onsite, but the structures we have put in, the first being a large open shed, have allowed us to capture drinking water onsite and has given us a ‘living room’, even if it doesn’t have any walls. The other structure is a deck which we will place a yurt on. The yurt was a later inclusion as we’re expecting another family member to arrive before the years out and our caravan’s rather small. So the need for more living space became, and is becoming, highly desirable.

These things aside though, everything has been running more or less to plan. Two large water tanks have been installed, one 25,000 litres – as a head tank, another 10,000. We’ve been experimenting with crops and a large variety of perennial and annual vegetables and herbs within a small area in our far flung corner of the property – again, we wanted to be out of the way of the earthworks – we’ve also done a lot of plantings of Australian natives along the roadside. These plantings have multiple functions including the eventual creation of a screen for privacy and noise reduction, a fire and wind break, interesting edible fruit and nuts, timber, and extending a wildlife corridor which will enhance the habitat for some of favourite local wildlife. 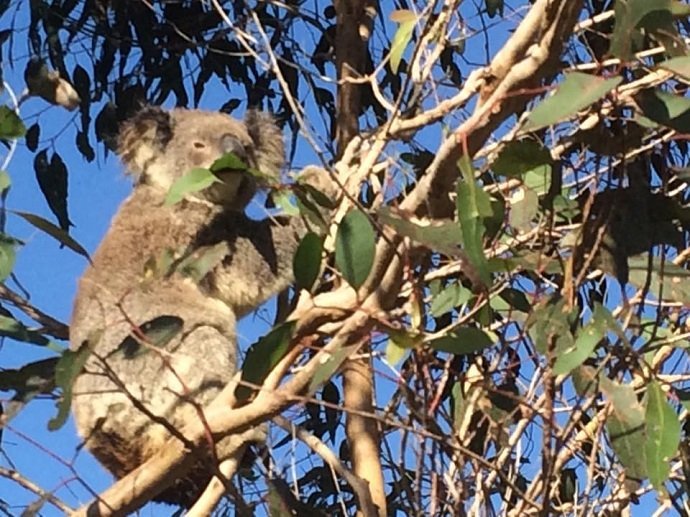 So we’ve slashed and prepared the area where our upper dam will be. We slashed the swale lines as we were instructed that the Giant Setaria grass (Setaria Sphacelata), which is rather fond of our piece of land, can wreak small havoc with carefully constructed contour lines when removed with the digger, creating unwanted miniature spillways where roots are removed. Another interesting aspect of slashing the lines was that we’ve wanted the top swale to avoid a pair of beautiful rainforest plants, Jack Woods (Cryptocarya glaucescens) which we hope will one day form the south side of our Zone 1. Yet when we mapped the contour from the key point we ran straight into them. We were told and have seen dams shifted down from a key point to make a swale run easier along a contour, though if we move too far down we hit a telegraph pole! We’ll obviously need to watch this space carefully and within a few weeks we’ll know whether or not we successfully navigated our way through this little blip. 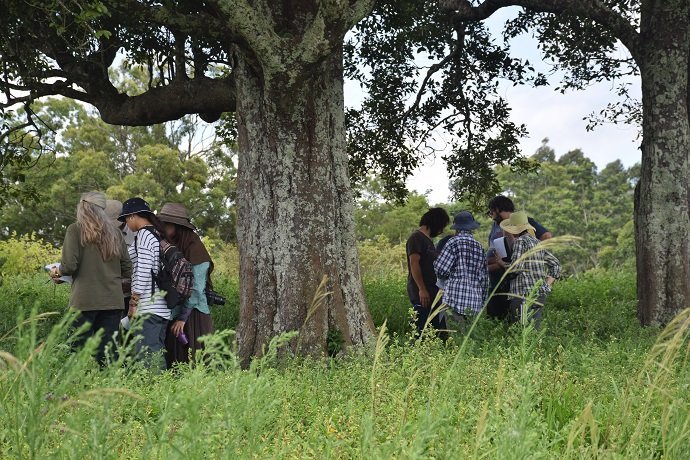 We’ve had a few more of those ‘little blips’ in our design process and are coming to understand that every project and process of similar magnitude, will at some point experience something similar. Small and slow, from patterns to details. We’ve come a long way and there’s certainly a lot further to go. We’ve learned so much and are continuing to learn. Our respect for our permaculture elders grows more and more everyday.

Fionn and Laura Quinlan, along with their 2 year daughter Iyla, have recently moved to the sub-tropical, Northern NSW village of The Channon. Fionn and Laura are both permaculture designers in their own right and budding ecological educators. Their property Djaning Farm is a 21 acre emerging permaculture demonstration site. Their vision is to create an inclusive, edible and creative landscape for all to enjoy.

Their blog, https://djaningfarm.wordpress.com/ , documents their day to day ongoings of their new life, as well as provide a rough map of how and why it was they came to be ‘permaculturists’, or as some may say, realists. 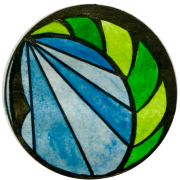