What is an Earthship? The name itself is a source of puzzlement and wonder to some readers. Some might even think that it’s a vessel where only a chosen people can go to when the world is going under.

Here’s the truth though. Anyone can go to an Earthship. But what is it anyway?

An Earthship is actually a place where people can live. The place is applying sustainable practices when it comes to food, cooling, energy source, water, and other stuff. In short, it’s a cool place to be. More and more people now are exploring Earthships. They’re curious and they want to explore what exactly is an Earthship. They even want to live in one so they can learn more about sustainable practices.

Here’s the thing though. People think that Earthships are only found in the United States. It’s very far from home. Thankfully, there’s one in Adelaide Hills, Australia. There, people can actually explore the Earthship without going far.

It’s the Earthship Ironbank led by Martin Freney. He led the construction of the Earthship with the help of 200 workers and volunteers. They all had fun together building it. They also learned a bunch of stuff about the theory of permaculture and Earthships. They also did some hands-on stuff that reinforced the learning process.

The goal is to have a breakfast and bed establishment (popularly known as a B&B). What sets it apart from the whole of other Australian B&Bs is that it’s an Earthship. It’s a cool place and people can brag about living in one. Here’s another thing. People can explore and see how an Earthship works.

For example, they will be fascinated in how the Earthship applied environmentally sustainable practices. It’s actually a dream for many to have a place like that. They’ll be glad that they lived in a place where almost everything is natural. 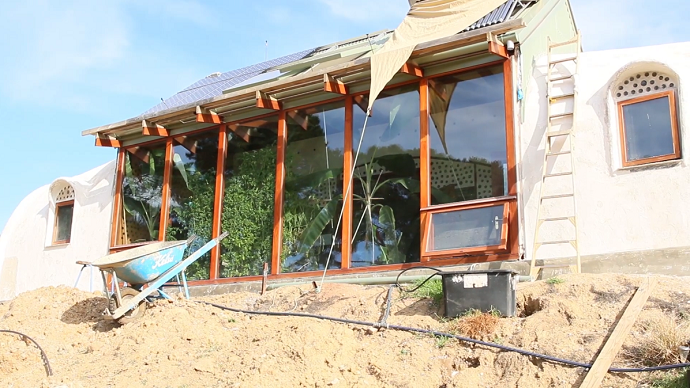 Let’s explore the Earthship Ironbank. Inside and outside you’ll see a garden. That garden is not just for decoration. It’s actually one of the things that drive the sustainability of the whole place. Well yes it adds beauty to the Earthship. But it’s also involved in growing food, naturally cooling the place, and filtering wastewater.

Once inside you’ll feel a natural coolness even during a very hot day. The whole place is temperature-moderated. It’s also solar-powered so the place doesn’t even depend on the grid. The energy is stored then in battery banks. Well the grid still has its purpose. In case of emergencies, we can connect the battery banks to the grid for electricity purposes.

Outside at the top there’s a catch-water system. It’s a selfish system by the way. That’s because it captures most of the rainwater for plant irrigation purposes. You can see there that the goal of Earthship Ironbank is to be self-sufficient.

The whole place is made up of mostly lime, adobe, and cement materials and renders. They’re there for weatherproofing purposes. They’re not just for aesthetics and making the place beautiful. Well you might see some stuff that doesn’t serve an environmental purpose at first glance. But explore further and you’ll be surprised.

Everything has a purpose. That holds true especially in the Earthship located at Adelaide Hills, Australia. Look at the garden that seems only a decoration. But it actually produces food, filters wastewater, and cools the air. The upper part serves not just for protection but to gather both solar energy and rainwater. Even the miniature cellar helps in keeping the place cool enough.

After reading this, you now have realized that Earthship is actually a cool place to be (literally and figuratively). It’s actually possible to have a nice place while enjoying the nature. In addition, environmental sustainability is the trend. More and more people now are actually exploring Earthships, permaculture, and other sustainable practices. 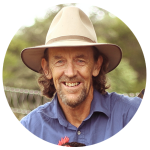