Perhaps there is no typical path for a Geoff Lawton PDC graduate, please note his new web address – geofflawtononline.com, but it is fair to say that one feels strangely empowered after graduation. For me, the first move was to establish a Permaculture meet-up group in southern New England (www.PermacultureProvidence.org) and to create an “edible landscape” garden with my son’s lower elementary Montessori classroom.

The teachers in my son’s first-through-third-grade classroom were enthusiastic to have a visiting parent. In the first year we tested the soil, observed the terrain, considered the climate, build hugelkultur beds, started seeds indoors and transferred the resulting seedlings outside. Predictably, the garden thrived and became the pride of the children who had built it. This year we are adding more trees and perennials. The garden has now become a major school project with many parents involved in the process.

During the first year I also developed some presentations about plant guilds and Permaculture design. Although Montessori kids are amazingly patient, I could tell that lecturing was not going to be the best way to excite primary school children about Permaculture principles.

During my PDC, and while studying the texts of Bill Mollison and other great Permaculture thinkers, I had been particularly struck by the connections between plants, animals, insects, humans, and other elements in the forest garden. Connections seemed such a central theme. The connections between elements in an ecosystem are, quite possibly, infinite but to teach the infinite one must give finite and concrete examples. So I started building a web of connections to demonstrate this principle to the children. I soon found myself putting plants onto cards and listing some of their inputs and outputs so the children could play with these connections. Thus was born the Food Forest cards.

Much like a standard deck of playing cards, the Food Forest playing cards can be used to play an infinite variety of games. All of the games so far are based on matching one card’s inputs with another card’s outputs. Every card has a collection of icons on either side of a central image. The icons on the left side are “inputs” and the icons on the right are “outputs”. To keep this clear, there is an arrow pointing in from the left and another arrow pointing out from the right. These icons include:

There are many more possible connections between plants and other elements in a Food Forest, of course. I began the process with twice as many icons, but there was a fine line to walk between enough and too much information, especially for beginners. In the end, I had to settle on the inclusion of “infinity” which can be used in some games to challenge players to think outside of the box.

Beyond the “input/output” system, there are other Permaculture references on the cards. Sun/shade requirements are indicated for each card, and some cards actually cast shade on others depending on card orientation. At the bottom of the card’s text is a key to the level in the forest where a card might appear, from root vegetables to the forest canopy. There is also a key to the suggested Permaculture zone where the card would be located, from zone 0 (the house) to zone 5 (the wilderness).

Using some or all of the card elements described above any number of games, from simple to incredibly complex, can be created.

With the children, we usually play a game I called Picklet, which is a great way for players of all ages to familiarize themselves with the basic mechanics of the deck. For this game, nine cards are dealt, face-down, and players take turns turning over one card at a time. When one plant provides an output that matches the input of another plant, the first player to recognize it says “Picklet!” and claims the pair. There are non-competitive games, too, but the children I work with tend to be more engaged in the competitive ones.

The amazing thing is how my 8-year-old son consistently beats me at the games I’ve developed with this deck. It seems that young brains are especially receptive to game-based learning. I encountered very few children, ages six and older, who could not quickly master the beginner games.

The games are not just for children. The complexity of the cards lends itself to adult games, too, even including a solitaire game and a poker-style game. More games are in development, and we hope that the Permaculture community will enlarge on, and perfect, the games we have already designed.

We have already printed test decks of the cards. We are now raising money to print the cards in larger quantities and to make this educational tool available more widely. The campaign has been well received and is moving steadily toward our goal. We really appreciate the support of our backers.

Making a Difference Thanks to the Internet 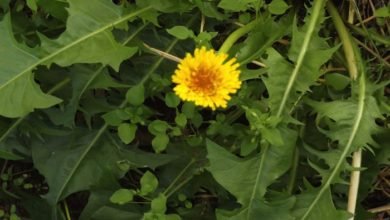 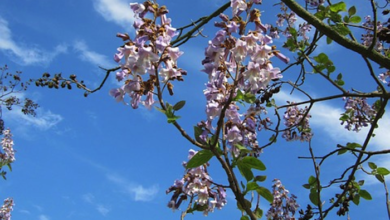