Special alert issued this week estimates that nearly over 6.3Million people in Southern Africa will experience food shortages and drought attributed to the strongest El Niño weather phenomenon in 18 years.

This alert was issued by the UN’s Food and Agriculture Organization (FAO) on Tuesday, warning that a reduced crop and livestock production just after last year’s failed season that led to higher food costs and “could acutely impact the food security situation in 2016”.

The warning points out that food security conditions are already stressed across the sub-region, driven mostly by the reduced 2015 cereal output. The warning further estimates the number of vulnerable people at about 6.3 million, compared to 3.2 million in 2014.

South Africa has declared drought status in five provinces which form the bulk of its main cereal producing regions, while Lesotho has issued a drought mitigation plan and Swaziland has implemented water restrictions as reservoir levels have become low.

The alert warns that under the context of the already strained conditions and rural households’ limited resilience and high exposure to natural hazards, the presence of a strong El Niño episode in 2015/16 raises serious concerns regarding the impact on food insecurity. In addition, the warning adds that a second consecutive reduced cereal harvest would sharply impact on the food security situation in 2016.

Delays on the maize planting season has been witnessed in large parts of South Africa while crops sown are susceptible to negatively affects due to reduced rainfall and higher temperatures.
Shukri Ahmed, FAO deputy strategic program leader for resilience states that it was the sixth week of the cropping season in Southern Africa and there was no enough moisture in the soil.

Agriculture in Southern Africa is highly dependent on rainfall particularly for the small scale making their output highly susceptible to these changes.

FAO stated that the impact of El Niño on agricultural production appears more muted in northern areas as these effects have been seen to depend highly on location and season and past strong occurrence have been associated with reduced production in several countries, including South Africa, which is the largest cereal producer in the sub-region and typically exports maize to neighboring countries.

FAO had already issued a warning in March that the current El Niño would be strong, “and it now appears to be the strongest episode in 18 years”, it said. “It will peak at the start of 2016, before the usual harvest time for farmers in Southern Africa.”

The FAO alert states that weather forecasts indicate a higher probability of a continuation of below-normal rains between December and March across most countries. 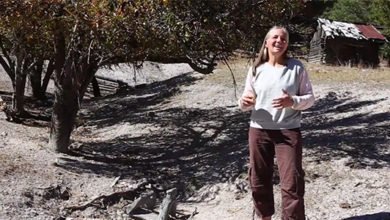 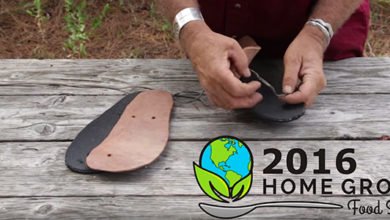 Why Go Barefoot And The Best Minimalist Shoes Are Home Made