Food Standards Australia and New Zealand (FSANZ) is in the midst of making a critical decision that could impact what you know about your food in the future. The question at hand is whether or not certain new techniques used for plant propagation will be classified under the umbrella of genetic modification (GM) in Australia. Known as gene-editing, these new and un-tested techniques have already been labelled as such in New Zealand.

It’s an important issue, because, without the classification, there will be no impetus—legally or otherwise—for fresh food providers to let consumers know whether or not the fruits, vegetables, and grains they’re eating have been subjected to genetic editing.

The debate ranges far beyond the shores of Australia and New Zealand, chief FSANZ scientist Dr. Marion Healey explains. Reaching a consensus doesn’t seem to be a simple matter. Some groups, like Friends of the Earth, are calling for more regulation, oversight and additional investigation before the techniques are used to alter food producing plants.

These organizations point out the fact that many of these techniques have not even been agreed upon by the scientific community. A spokesperson for the group, Louise Sales, suggests that without regulation these altered foods

“are going to be making their way into the food chain unlabelled, and that’s going to reduce choices for farmers and consumers.” 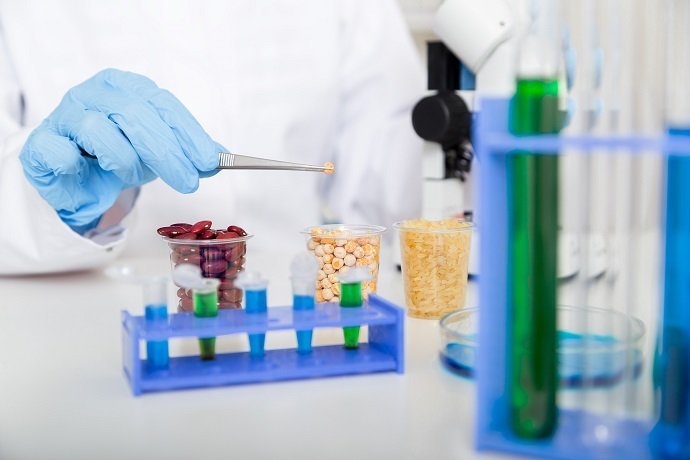 It’s not so much what we know about GM plants that are troubling—it’s what is as yet unknown, which is a great deal. Peter Langridge, a professor from the University of Adelaide, explains just how dramatic some of the alterations these plants have undergone can be.

“You can go in and make quite targeted changes to the genetic makeup of an organism, by either deleting a gene or modifying a gene… A lot are related to accelerating the rate of breeding, for example in fruit trees and apples, you can get an apple seedling to flower in six months rather than five years.”

The issue, of course, is that in making one small change, a cascade of unforeseen effects could occur—something that the environmentalist movement has seen again and again when humans choose to alter ecosystems and their components. Change isn’t always a bad thing, of course, but rushing ahead without a clear idea of what the repercussions have historically had catastrophic effects on the environment.

The effects that these modified foods might have on the earth or our health, or the health of other living things, are largely unknown. At the very least, the products of these modified plants should be labelled as such so that consumers can have access to that information and make their own decisions about what to put in their body and what propagation practices they will support.

Australia’s GM Laws at a Glance

While most people assume that GM foods must be labelled, the situation is somewhat more complex than that. Australia hasn’t approved animals that themselves are genetically modified, but animal products derived from animals which received GM plant-based foods don’t have to be labelled in any particular manner.

As of now, fresh fruits and vegetables for sale are non-GM—but genetically modified options are being explored and are going through trials already. Unless FSANZ determines that they must be labelled if and when they reach the market, consumers will have no way of telling—the same way they can’t determine, right now, whether or not their canola oil is from GM sources.

Some of the arguments against labelling seem counter-intuitive, like the one put forth in 2010 by the Australian Food and Grocery Council, which stated that “most food products currently would attract a label” if all GM alterations required disclosure. Why? Because many processed foods utilize imported ingredients that may have been genetically modified.

Others don’t find this argument convincing, and indeed, think that the rampant use of GM ingredients is all the more reason to insist on transparent labelling practices. Obviously, if so many processed foods already contain GM ingredients, companies aren’t taking it upon themselves to keep consumers informed—regulation seems like the only realistic solution.

While FSANZ has not yet made a determination, it appears that it will likely choose not to have GM foods labelled, at least, not unless public pressure decrees otherwise. The organization states outright that genetically modified foods are safe, has never refused a company an application to import a GM product, and has followed through with approvals for over fifty different GM products.

FSANZ’s confidence seems to be based upon the safety studies already conducted on GM foods. However, as others have pointed out, those studies have certain limitations. There have yet to be any aftermarket studies specifically focusing on human consumers, let alone a long-term aftermarket study. And despite FSANZ’s assurances that GM foods are safe, some studies have found adverse effects from GM foods when consumed by animals.

It’s not unlikely that genetically altered foods could play some role in our future, but it’s troubling to think that that role might be decided for purely profit-driven reasons, and without the proper data in hand to ensure that these foods are safe over the long term. Not all nations are being quite as lackadaisical in their acceptance of the new trend, however.

Europe, in particular, has been resistant to GM’s siren-song—nineteen total European Union members have opted out of GM cultivation. Some countries have completely banned the cultivation of GM crops while others have only blacklisted it for certain regions. Additionally, all 28 nations in the European Union do require GM products to be clearly labelled.

The obsession that individual corporations and their supporters have with forcing GM on consumers as the future is highly questionable. There is an astonishing variety of genetic expression in nature—and human beings have been using more natural propagation methods to explore plant characteristics for thousands of years. In seed banks around the world, the fruits of that labour have been saved, for scientists, farmers, and the future.

Progress cannot be avoided, but attempting to attain it quickly and recklessly may have unforeseen consequences.

Grow Your Own Food Year-Round with DIY Solar Greenhouse

5 Chop-and-Drop, Nitrogen-Fixing Perennial Legumes for the Tropics and Beyond