Over the last five years, I’ve spent a good three of them living and working at an eco-hotel, Earth Lodge, that doubles as an organic avocado farm. It was here that I first started pursuing interests in gardening, as well as eco-building, fermenting, and much more of the like. At the lodge, I’ve worked reception, reigned as dinner chef, acted as a handyman, developed diverse polycultural gardens, and played for hours in the roughly 400 avocado trees.

While the grounds are full of different crops, including limes, kale, hot peppers, lettuces, cherimoya, a massive collection of herbs, bananas, papayas, and so much more, in my time as chef, I had to learn to get creative with the Lodge’s main crop: avocadoes. For a hotel-restaurant that often covers only thirty or forty people in a day (a weekday in slow-season, which is the summer/rainy season harvest), it was sometimes a challenge to keep the avocadoes flowing.

Drew, one of the owners, would often come to me with a basket of a hundred or so fruits, announcing that I’d need to get through them today, as there would be another headed my way tomorrow. Now, for guests, guacamole was a simple crowd-pleaser, but for the other staff and me, after a month or more of the season, the thought of another bowl of guacamole was sometimes hard to stomach. So, I had to take to the Internet and find some new waves to ride.

I discovered that guacamole is just the tip of the avocado. There are so many more dishes to take advantage of an abundance of avocadoes.

Avocado Pesto Pasta: If for whatever reason you find yourself elbow-deep in avocadoes, this is also a great way to preserve them. Essentially, you replace some of the oil from a normal pesto recipe with avocado to create a much creamier sauce. I actually prefer avocado pesto to the norm because it doesn’t taste so oily. Here is a great vegan recipe, or if you don’t mind a little dairy, throwing a good heap of parmesan in the sauce works as well. Use some right away and freeze the rest for later.

Avocado Bread: Fairly similar to banana bread, this yields a slightly slanted version of the great but too often forgotten snack—that great world of homemade breakfast and dessert breads. Plus, this one is a great way to outdo the more familiar loaves of zucchini and cinnamon-raisin. My one tip would be to slice and toast it with a good swab of butter or coconut oil, as the avocado strain tends to be a little drier. Try this simple recipe to start, and then get inventive with spice and nut additions.

Avocadoes Out-of-the-Half-Shell: This is actually a simple recipe I made, a sort of amalgamation of ideas I found. Firstly, make an easy pico de gallo (five tomatoes, an onion, a jalapeño—all diced small—mixed with a teaspoon of salt, tablespoon of each lime juice and cilantro. Cut the avocado in half and spoon it out of the shell*. Fill the cavity with pico de gallo and top it with cheese. Bake the halves on greased pan for about 20 minutes at 175 degrees.

*Remove the skin before baking as it releases oils and nastiness that change the flavor.

Avocado-Lime Pie: Key lime pie is my absolutely all-time favorite dessert, and to my delight, I’ve learned that tossing in a little avocado only makes it creamier. Of course, I have to settle for limes not derived from the Florida Keys, but we can’t have it all. There are quite a few recipes to be found online, but this one seems to be the standard and is basically a two-step wonder, which can be enhanced with a little crust play.

Stuffed Baked Potatoes: It’s one of those why-didn’t-I-think-of-this type things, but a baked potato stuffed with avocado and other Mexican-y stuff just rocks the dish. It’s a great way to take something I’ve been filling up on since I started buying my own food and making it pseudo-gourmet, at least in the home-cooking sense. Again, this one keeps it simple but undeniably tasty and opens up the door for other kooky ideas like avocado pesto potatoes or avo-bacon potato skins.

Avocado Ice Cream: Conveniently avocado season corresponds with the hotter months in Guatemala, so whipping up an ice cream is usually a hit. However, Earth Lodge is fairly rustic and heavy cream (and coconut cream) is very dear in this part of the country, so I’ve substituted banana to help with the creaminess and make the mixture in a blender, which works magnificently. Freeze what ever fruit first and then blend it for a couple minutes before serving. For those with cream and an ice cream maker, this is an awesome, straightforward way to make an unusual treat.

Avo-Mayo (Cole Slaw/Potato Salad): Another easy way to funk-up rather pedestrian dishes is to make an avocado mayo for classics like slaw and potato salad. For cole slaw, I usually go with shredded cabbage, carrot, onion, and beets and then add the avo-mayo with salt and pepper to taste. Potato salad, as my grandmother would say, should have celery, green onions, and boiled eggs along with the potatoes. These are some more southern (US) thoughts on avo-mayo.

Avocado Ice Pops: Another great alternative to ice cream makers and heavy cream, this recipe is actually really versatile, and I’ve used it to make sorbet (freeze it then toss it in a blender), smoothies (keep it in the fridge, not freezer, and mix it with water or yogurt), and a really funky mojito (put some rum in it). Mint and avocado work surprisingly well together, and though avocadoes are often associated with salt, it’s actually quite common to sweeten them.

Chilled Avocado Soup: Again, great for summer days, say before a nice BBQ meal or as a funky side. Chilled soup is just not utilized enough, probably because most of us associate it with vichyssoise, which is fairly unimpressive when compared to the hot version. However, for something light and delightful, cold soups—say, gazpacho or cucumber—can be really refreshing. But, for the cream of the crop, try the avocado’s ode to soup.

Avocado-Chocolate Truffle: Without challenge, this recipe is the most popular atypical avocado dish I’ve found. The staff here erupted into applause when it was put on the menu, and they insisted that I make extra for the next day. To make things a little less messy, I often don’t even bother making the truffles but just take the avo-choco mixture and put it into ramekins for an easy mousse. Gentlemen, this will endear you to any lady you’re trying to impress.

Truth be told, despite all of these great recipes and ideas of what more can be done with avocadoes, even after five years, I’ve yet to find something I like more than simple slicing one in half, giving it a bit of lime juice and salt and spooning it right out of the shell. Avocadoes are such an amazing fruit, so unique and fun to work with, that I can’t imagine anyone who could grow them (and it can theoretically be done in containers for those in cold climates) not doing so.

What’s more is that my exploration of avocadoes has also taught me to push the boundaries of how we normally perceive eating something and find out just what else can be done. Just recently, I’ve learned that avocado seeds are completely edible (though a bit bitter) and, in fact, the most medicinal and nutritional dense—extremely high in soluble fiber and anti-oxidants—part of the already highly healthy food. Ah, all-natural abundance—what a fortunate way to explore eating great food.

Permaculture - a real education for children 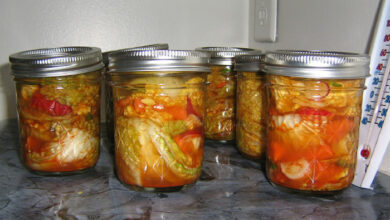 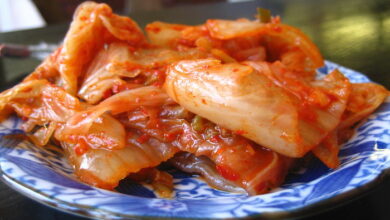