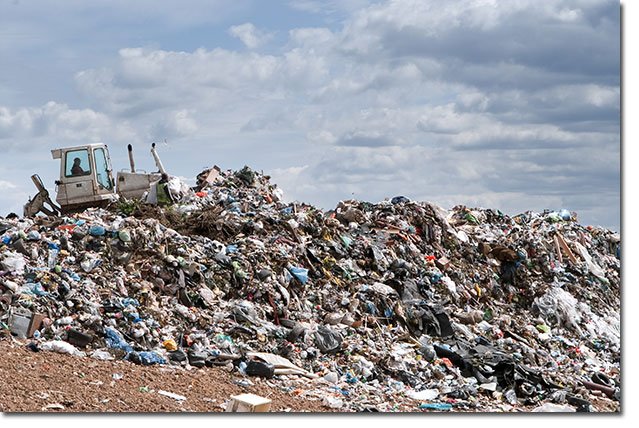 Given the growth in population, the changing patterns of consumption and expansion of urban living, the need to properly manage waste is becoming a challenge throughout the world. According to a World Bank report; throughout the world, cities produce around 1.3 billion tons of solid waste every year. This whooping figure is expected to increase to 2.2 billion tons, by 2025. Ever wondered, what the future holds if no actions are taken on local and international level, what threats will this 2.2 billion ton of waste pose to the environment? The answer you get is the answer to the question: why waste management? The expansion in industries and to meet the demands of the growing population more production will be needed, which means, more consumption and disposal of waste in a far more unmanageable quantities. To protect the ecosystem from potential, curb the spread of disease and maintain better living conditions for all forms of life on this planet, it is extremely vital to manage and deposit waste in an efficient and safe manner.

The evolution in the waste management industry dictates change in the environmental well-being, decrease in the number of diseases, and reduction in the number of pest infestations. Laws around the world, clearly focus on the importance of proper waste management, enforcing safe handling of produce and management of controlled waste for commercial industries. Societal and economic growth further partakes in increased environmental pressure through activities which mars the environment. Production and waste disposal are directly proportional to each other, more production leads to more waste disposal. Waste in great volumes force people to dispose it of through unmonitored and damaging ways. A dire need for sustainable waste management actions will encourage a planet that is consciously aware of its role and produces manageable amount of waste which can be easily recycled or recovered. Waste Management solely focuses on ways to reduce risks of pollution produced from the waste generated from domestic, commercial, manufacturing, municipal consumption and disposal. The unaddressed discharge of paper, glass, plastic, oils, chemicals, metals, soil and human waste leads to enormous environmental issues and contribute in the depletion of resources. Keeping all these factors in view, how are we progressing in the field of waste management so that we can rely on some substantial efforts in the present and future?

In our world where waste is produced in huge volumes; the best way to deal with it is to prevent, reused or recycled rather than just to give birth to more nuisance. The waste management industry follows a general waste hierarchy:

Earlier, when landfill was considered as the only option to dispose of organic waste; people realized this is just not the right way to deal with it. Initially bio waste was being composted in open air to be used as fertilizer. Later, in vessel compost plants were created to get rid from problems like odor. Through research and development in vessel waste treatment eventually evolved to Anaerobic Digestion. This new advancement utilizes microorganisms, kept in an environment without oxygen. Air tight reactors, known as anaerobic biogas digesters are used to transform this decomposed waste into bio gas. The remaining sludge is then used in agriculture because of the nutrients it contains. The biogas is utilized as energy and is adapted to fuel low-tech set ups in many developing countries today. Through anaerobic digestion, 25% of organic waste is treated in Europe. This new and useful technology for organic waste decomposition will continue to increase because it is not just considered a great source to produce renewable energy but also an efficient way to manage solid waste without contributing in air pollution through the unpleasant odor.

Rather a vision or pragmatic philosophy than technology, “Zero waste,” focuses on raising awareness among people regarding ethical and more efficient ways to implement practices which further encourages a natural and sustainable waste cycle. According to the Zero Waste Alliance, “A future without waste and toxics is not just a dream; it’s a necessity. Waste reduces the effectiveness of our businesses, increases pressures on the natural environment and harms the vitality of our communities. It does not have to be this way; waste is the result of a broken process. Fortunately, this is a process that can be fixed.” The philosophy or vision is based on:

• Create and handling the overall process through a systematic approach; in order to, avoid and eradicate the harmfulness of waste.
• Protect and reuse energy that can be attained from waste resources.
• Eliminate discharge of toxic elements to water, air, land or those which are threatening quality of life, in any way.

The core principles of zero waste are quite identical to that of waste to energy as it emphasizes on utilizing waste to its core and transforming all to energy.

With the growth in rate of production, it becomes almost impossible to recycle the amount of waste it generates. This leads to human rights violation from the developed world, which in order to get rid of their waste, illegally, dump them in developing countries. To cease this notorious practice, a solution to this problem was put forward. Through Product Stewardship or Extended producer responsibility, authorities and governments enforce policies where electronic equipment manufacturers are also responsible to manage their waste or end of life products on their own. The program takes puts the onus on every manufacturer to individually deal with their own waste through reuse or recycling. Programs like this may not be able to solve the current waste dumps but provides us hope of future where manufactures are aware of their responsibilities regarding waste management.

People in general are not quite concerned about separating waste or sorting the waste by throwing it in their respective bins. Technology intervened to solve this problem in an innovative way through sorters. Arrow bio is a sorter that separates organic waste, recyclables through its sorting mechanism. This helps in solving a number of problems than just separation of waste.

Waste management is an industry in itself and needs more efforts, advancement and research if we plan to see a better world in the future. However, the responsibility lies on each and every individual from the population, governments, and manufacturers playing their part in reducing the damage. If production is done, keeping Pete Seegar’s words in mind, waste management will be a lot easier, “If it can’t be reduced, reused, repaired, rebuilt, refurbished, refinished, resold, recycled or composted then it should be restricted, redesigned or removed from production.”

Author Bio: Sheerin Jafri is a passionate blogger, who loves to write on home décor and maintenance. 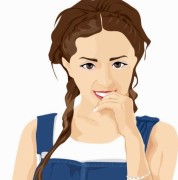 How to Harvest Bananas in a Permaculture Food Forest