Of all the countries in Europe, Spain could be arguably said to be the most destructive and irresponsible when it comes to agriculture: widely condoned cultivation of genetically modified crops (see for example 1), high-input intensive farming and notably heavy use of chemicals for fertilisers, pesticides and herbicides (see for example 2). This is especially true in Andalucía, where the most common method of agriculture is use of controlled environments requiring high chemical input inside plastic greenhouses (2).

Yet despite these trends, Andalucía is also home to some of the most inventive and experimental land-based projects on the continent, one of which is the newly opened permaculture demonstration project and retreat centre La Loma Viva (3).

Last month I spent two weeks working at La Loma Viva and finding out about the project, much of which is inspiring highly inspiring for others interested in this kind of work. 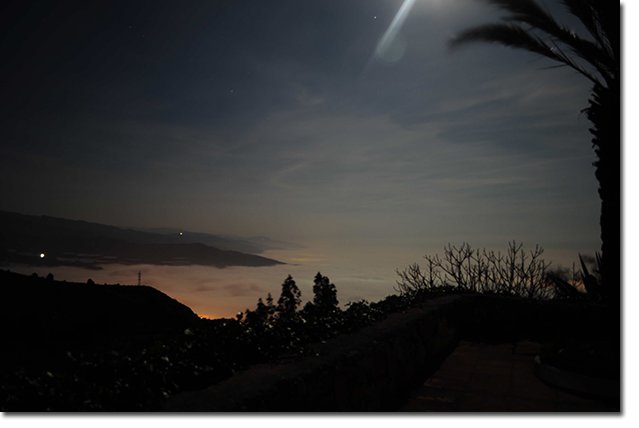 The view in full moonlight from La Loma Viva. Photo by David Ashwanden.

Spain’s status and what it means:

Though the EU parliament recently passed a Directive (4) (5) giving member states more autonomy over whether or not they wish to become ‘GMO-free’, so far no member states have taken this route. Spain, along with Portugal, the Czech Republic, Slovakia and Romania, is one of the least strict countries when it comes to cultivation of GM crops (6); indeed it is known as the “GM paradise of Europe” (6). In practise, however, the only crop which is widely being cultivated is Monsanto’s “MON810” (6) GM maize. At the same time as this, Spain also has also in the past five years had the most land dedicated to organic farming in Europe (7) with the number of hectares growing every year; for example, seeing an 11.76% increase in 2011 (7).

Much of this land is in Andalucía, a vast, sprawling region in the Southernmost part of the country, whose area comprises 17.2% (8) of the total of Spain and which includes such diverse landscapes as the lush soils of the Costa Tropical, where I have seen cultivated mangoes, avocados, bananas and date palms; to the snowy peaks of the Sierra Nevada which support a diverse range of life including cooler-climate trees such as chestnut, apple and persimmon; right over to the flat grain farmlands of Cadiz – some say some of the best agricultural land in the country – and, further east, the awesomely arid desert landscapes of Almeria. In between all of this are perhaps less awe-inspiring deserts of intensive agriculture, sometimes appearing quite incongruous with the wild landscape which surrounds it. 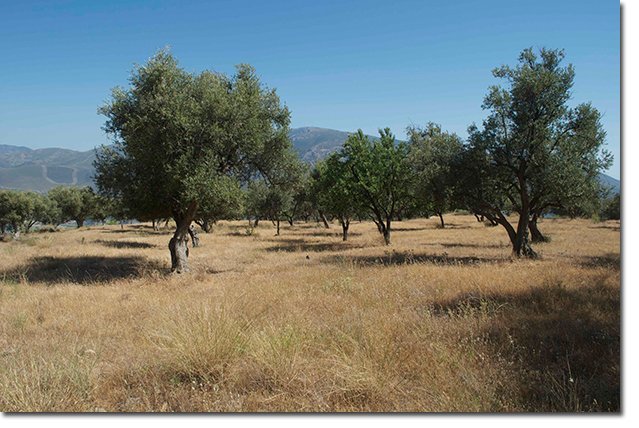 Cultivated mountain side with olive trees. Photo by David Ashwanden 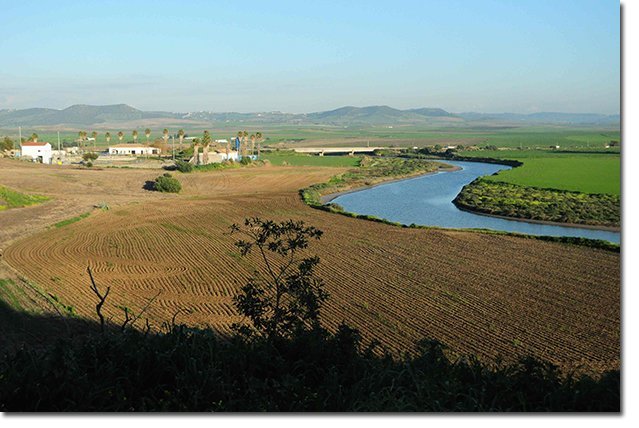 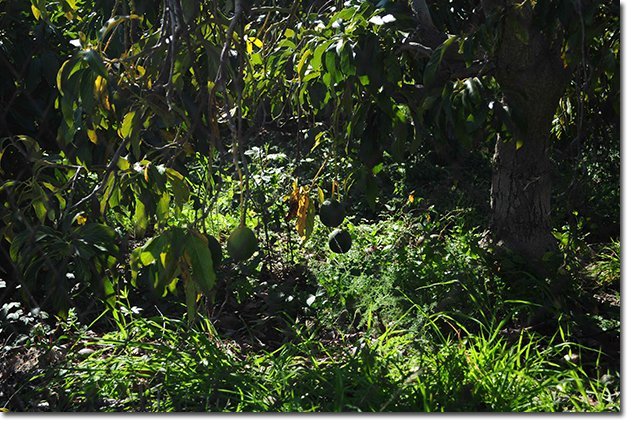 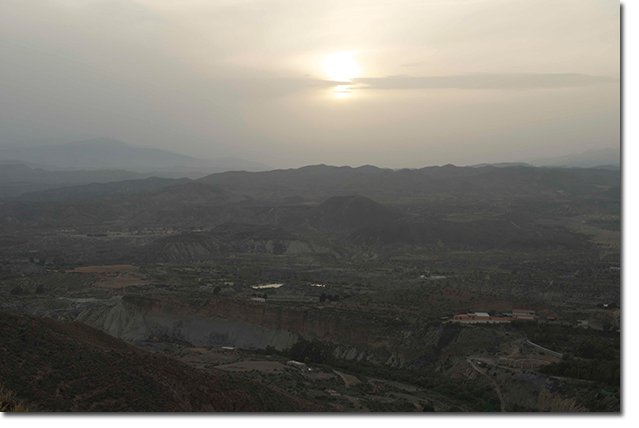 The desert of Almeria. Photo by David Ashwanden 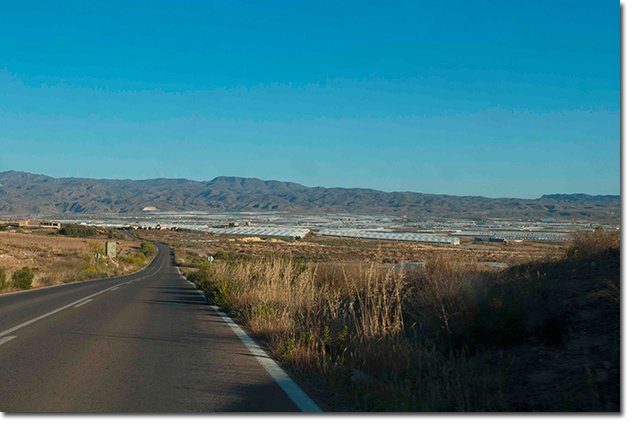 Another type of Almerian desert – ‘The Sea of Plastic’. Photo by David Ashwanden

Perhaps it is these juxtapositions of extremes which make the region such a haven for projects which focus on alternative living and ways of farming which work with nature. La Loma Viva is Spanish for “the living hill”, and the farm’s land is certainly vibrant with life; yet take a look down from the hill and you can see the evidence of the more ‘conventional’ farming methods starkly dominating the view. These plastic reminders, though perhaps not the prettiest of prompts, do serve to show what farming could be like, and the importance of providing an alternative.

Living in the hill

La Loma Viva is run by Karen de Vries and Ryan Botha, who have been working on turning the site into a functioning permaculture centre for the past six years. During this time, they have constructed a shared building which can sleep up to 17 people who can come for retreats or workshops. As well as this they have been generally learning about the land of La Loma Viva.

The site, as one might expect from being on a mountain side, is heavily sloped in many places, which some might see as a challenge to growing well. Karen and Ryan see it more as an opportunity to shape the earth to make the water catchment as efficient as possible. To this end they have been landscaping much of the site; creating swales and rolling contours in place of erosion-prone slopes. Water is a key issue here as it is everywhere; the Andalucian summer days can frequently reach 30 degrees and higher (9) and once the springtime rains finish they may not return at all until the autumn. However, when they do, if you are not ready for them they can be just as devastating as the arid summer; hence the importance of utilising the “slow, spread and sink” principles of creating swales and terraced lands, and encouraging the natural flow of water to make the land more fertile.

La Loma Viva is not the first place in the region to investigate efficient use of water; the Romans and later the Moors (or Berbers) brought with them many techniques including use of terraces, mini-reservoirs, wells and aqueducts (10). Much of this technology is still in use almost a millennium later (see for example 11), though a lot of understanding of how to manage water in these ways has been lost along the way. At La Loma a piece of this knowledge was rediscovered one day when Karen and Ryan accidently uncovered a horizontal well whilst digging on the land. The well or “qanat” (12) is thought to be of Moorish origin and, after some restoration work, is now providing fresh drinking water to the farm. 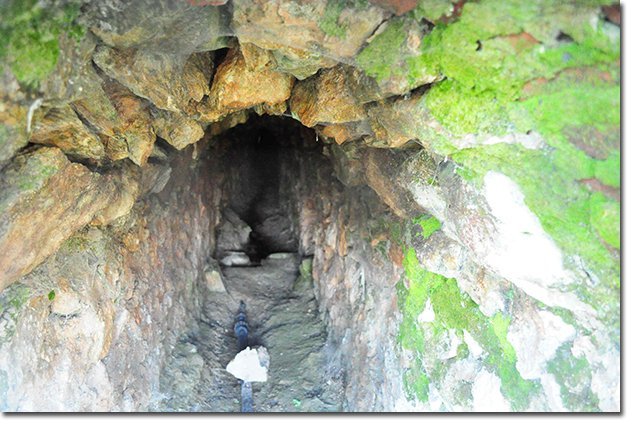 Inside the horizontal well. Photo by David Ashwanden

The site has olive and almond trees which were there before it became La Loma, and a newly-planted forest garden as well as a mandala vegetable garden. Thanks to the abundance of sunshine and the careful water management, this land can be host to a huge diversity of crops all year round; yet Karen and Ryan have not stopped there. A giant geodesic dome has also been constructed, approximately 6m tall in the centre, the idea of which is to cover it in clear plastic to create a tropical micro-climate in which to grow even more warmth-loving crops such as banana, coconut and cacao. In a way, the dome is one of the most intriguing aspects of the project, being, as it is, essentially a giant greenhouse – though one which, unlike the ‘sea of plastic’ which stretches away from La Loma Viva in many directions, does not rely on high-input, chemical-intensive monoculture to function. This could make it a key point of interest for the local residents of the area, many of whom do not necessarily wish to continue farming like using intensive greenhouse methods, but perhaps have not considered the alternatives. 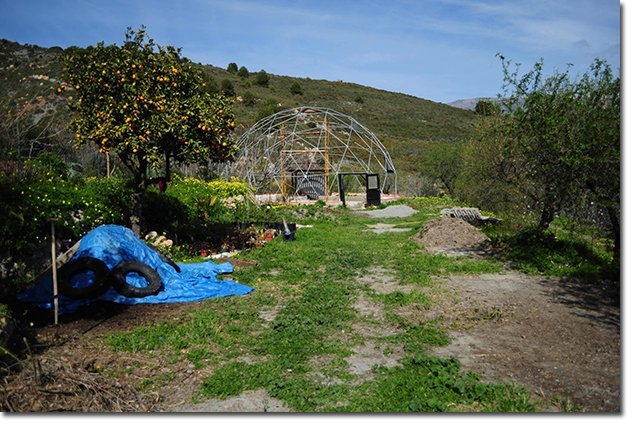 With such diversity of life on the farm, La Loma Viva is really living up to its name. It was highly inspirational being a part of the project right at its set-up – the first yoga classes began during my visit, and things were gearing towards La Loma’s hosting of their first PDC course and permaculture internship with teachers Alex Kruger and Dor Havkin, which will last 3 weeks and begins on the 11th May (13), and which currently still has some spaces, though they are being filled up fast.

La Loma Viva is just one example of the many exciting and inspirational projects which can be found around Andalucía, and which make the region worth a visit. If you are not in the vicinity, however, chances are there’s a project like La Loma Viva which you can connect with closer to home.

If you can’t find any, perhaps this is the perfect opportunity to get one started.

The Art of Healing the Earth