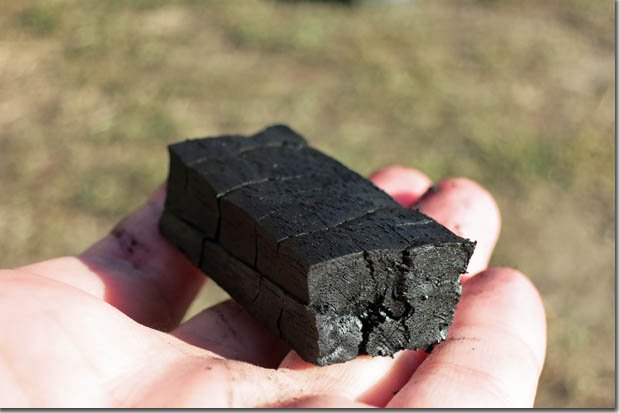 What is zero-cost, waste-eliminating and can restore soils to fertility to produce abundant crops for generations to come?

Gloria Flora gave a presentation on biochar at the Fourth Annual Inland Northwest Permaculture Convergence. She discussed biochar as a method for producing energy and amending soil from waste products that end up in the landfill.

That’s right. It costs nothing but time, by redirecting precious biomass from the landfill and into our soils.

Before Discussing Biochar – What is Biomass?

Biomass is a term for all the waste products from our urban yards and forests for which we can determine no other use. Two examples of biomass found in abundance are trimmings from shrubs or trees and lumber scraps.

Though biomass can be tossed into a compost pile, many times it ends up in the trash heap. Homeowners who don’t have the space or preference for a giant pile of grass, tree clippings, and garden scraps to rot in their yard can turn it into the much more compact biochar.

So Let’s Talk About Making Biochar- Where Do We Get it?

• First of all, consider what your proposed biomass feeds in nature. Mycelium, insects, and bacteria are just a few examples, but mycelium loves biochar. It’s advised to let some of the biomass (such as leaves and twigs that function as moisture holding, soil protecting mulch), if possible, return to the soil as raw material, and add pieces of biochar in different sizes so that they are digested at different times. Remember, you don’t need much.

• “There are ways to get biomass that don’t require doing nasty things to the land,” Flora discloses, and more urban yard and forest waste is produced than forest slash. So it’s often a matter of salvaging what would otherwise go into the landfill. Translation? Free materials.

• “Up-cycle whenever possible,” advises Flora, “and use biochar as the last option. For example, if you have a palate, use it as a palate. With rotting straw, you can let it rot, or, turn it into biochar, as long as there’s not a higher use for it.”

How is Biochar Made?

1.Take note of the image below of pieces of firewood, what my grandpa would call kindling, but charred. Observe that they vary in size and are placed within a deep, tapered metal basin, which is wider at the mouth and narrower at the base. When making biochar at home, a basin similar to this one is optimal.

2.The fire must be lit from the top to produce the thermo chemical reaction desired.

3.You will know the quality of the resulting biochar. Some pieces being what you want, and others perhaps not so much, by a few factors:

•Biochar will feel light for its size, like it is full of air.

•It won’t leave much of a sooty residue on your fingers.

•Try testing it with vinegar. Does it fizz much? The vinegar gives you some clues about the pH: ash will raise the pH, and the vinegar will fizz proportionately.

•If it has a high ash content, try leaving rinsing it more or leave it exposed outside to weather.

•It won’t leave much of a sooty residue on your fingers. If you need soap to wash it off, it wasn’t baked at a high enough temperature and may not be good for the soil.

Big, lumpy pieces will act as mulch initially, and then break down. Remember not to add a bunch at once. A small amount will suffice. 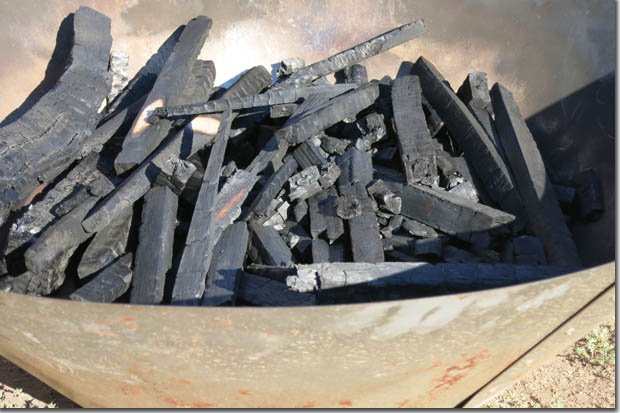 So, Here are Some Benefits of Amending the Soil with Biochar…..

2. Biochar is present in the soil for hundreds to thousands of years, which will benefit your children, grandchildren, great-grandchildren…and so on.

3. Anthropologists discovered soil in the jungle that was long ago amended with biochar, allowing large cities to exist in areas of very poor soil sterile soil….

4. Today, the jungle soil still produces 5X as much food in the “pockmarks” of amended soil than in the surrounding areas.

5. Flora discloses that “It’s affordable, if all you have is a slash pile and a match. Immediate rewards, mid term rewards, long term rewards.” Anyone can make and use biochar and it doesn’t cost a thing.

….As Well as Some Ethical Considerations 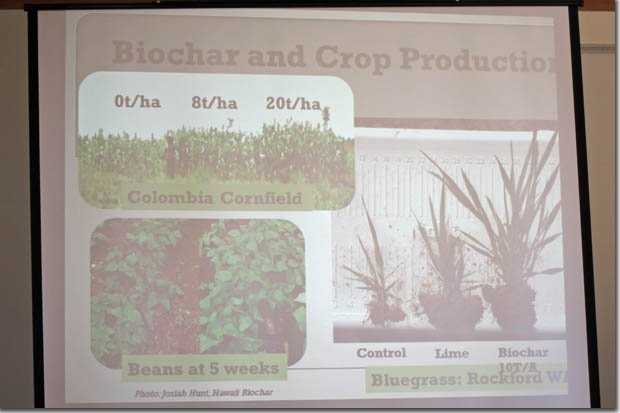 1. The dangers of vermiculite to our international family: “Where do we get vermiculite? We mine it, but not in this country. Because what comes with vermiculite? Asbestos,” Flora laments. “Why is it ok to ask someone in another country to move vermiculite to get asbestosis? So we can ship it here and use it in OUR soil?”

2.Keeping it local to reduce our carbon footprint: We don’t want to transport biomass very far because it destroys the point if energy is used to produce energy. So we take local biomass and produce local biochar. To quote Flora: “Let’s utilize what we’ve got right here what we call waste…and why not do it ourselves?”

3. Tilling vs. Building Soils: Pulling carbon from the earth and throwing it into the atmosphere upsets the historical natural carbon balance: this is what we’re doing with fossil fuels, and this is the consequence born of tilling, the staple practice of traditional agriculture.

4. Proactively, peacefully building the soil, however, restores balance, sequesters the carbon and enables all life forms to thrive once again.

5. Being Conscious Where Your Biomass Comes From: Flora reminds us that “We do not and should not use animal feed as feed stock for biochar-a bad example of doing so caused a crisis in Mexico, with corn going to Ethynol production, not food.” 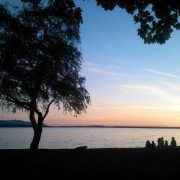 Want to be a Part of the Change?

Varieties, Additives and Sourcing: What’s Happening with your food?